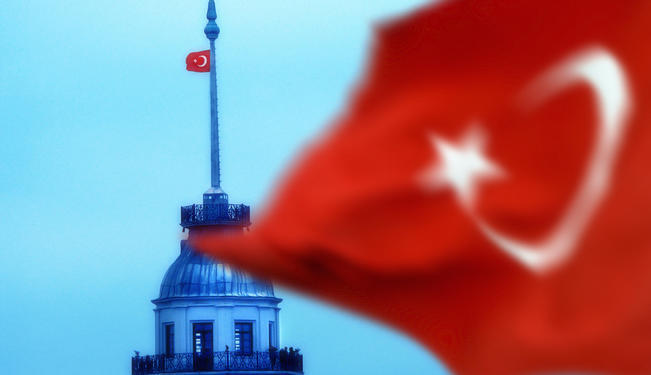 Turkey’s poor press freedom record contradicts its main strategic goal to establish the country as a regional power and the leader of the Muslim world, contests Murat Onur.

The state of press freedom in Turkey has recently been in the spotlight, particularly after Reporters Without Borders declared the country as “the world’s biggest prison for journalists” last December. While concerns about press freedom in Turkey are not new, a series of recent reports reveal a rather disturbing declining trend in the country’s press freedom. In the last two years, a number of advocacy groups and international organizations, including the Committee to Protect Journalists (CPJ), Reporters without Borders (RWB), Council of Europe (CoE), and the Organization for Security and Cooperation in Europe (OSCE), have published reports highlighting the deteriorating press freedom in the country. Most recently, RWB’s Press Freedom Index 2013, placed Turkey in the 154th place among the 179 countries included in the study, marking a new low for Turkey’s democracy.

While each of these organizations has different mandates and priorities, the reports provide thorough analysis of press freedom in the country. Some of the common themes highlighted by various organizations include: government interference in media affairs, the structure of the media sector, firing or harassment of columnists, growing practice of self-censorship, and prosecution, detention and imprisonment of journalists over criminal and terrorism-related charges. The growing use of defamatory content and hate speech can be added to this list.

One of the main obstacles before press freedom in Turkey is the government’s growing interference in media affairs. The members of the ruling Justice and Development Party (AKP), and often Prime Minister Recep Tayyip Erdoğan himself, regularly lash out at columnists and newspapers because of their critical stance. Often, the government publicly condemns or criticizes prominent columnists and calls on the people to protest by boycotting newspapers or by buying only pro-government dailies. In some cases, the government requests the chief editors to remove information or investigative pieces from websites. In others, it calls on the owners to fire or put pressure on critical columnists or commentators.

Erdoğan, for example, occasionally calls on media owners to watch out for their negative coverage of the government on the grounds that it distorts the AKP’s image and that it serves to destabilize the economy. According to CPJ, the prime minister has once called on the editors of major newspapers not to interview or cite sources linked to the Kurdistan Workers’ Party (PKK).

Consequently, this environment of pressure leads to self-censorship, or in some cases, direct pressure on journalists. It is therefore not surprising that in the last two years alone, over ten prominent journalists – including Nuray Mert, Ece Temelkuran, Banu Güven, Yıldırım Türker, and Ruşen Çakır –were either fired or had their columns terminated. The latest addition to the list is Ayşenur Arslan, a veteran journalist and a sound critic of the government. Arslan’s debate show, aired daily on CNNTurk, was abruptly cancelled on February 11.

Filing libel suits against critical journalists and dailies is another common form of government pressure. Ironically, it is the pro-government media outlets that do not hesitate to carry out defamation and smear campaigns on a regular basis, often with hate and defamatory content, against critics. Even RWB and CPJ were recently targeted by two pro-government dailies, namely Star and Yeni Akit. While the staunchly pro-AKP Daily Star accused both advocacy groups of “being influenced by MLKP,” (Marxist-Leninist Communist Party, an armed group designated as a terrorist organization by Turkish authorities), Yeni Akit went even further and accused RWB of financing MLKP. Yeni Akit’s coverage of Turkish and global affairs has become particularly worrying for Turkey’s press environment. The ultraconservative daily regularly publishes defamatory and hate speech content, targeting Jews, Christians, Greeks, Armenians, Kurds, Alevis, the LGBT community, and the government’s critics.

Government interference in media affairs is partly due to the structure of Turkey’s media market. According to the Turkish Economic and Social Studies Foundation (TESEV), two media groups (Doğan Medya and Turkuvaz Medya, the latter being pro-government) dominate more than 80% of the market in the country. These groups not only have the largest advertising revenues, but also control the entire newspaper and magazine distribution sub-sector. A 2012 report by TESEV highlights that the continued inadequacy of legal barriers to cross-mergers, and the lack of regulation preventing media owners to participate in public tenders and invest in other sectors, has led to a concentrated and polarized media structure. TESEV’s report also reveals that it is the business ventures of the owners of the media groups (in other sectors and public tenders) that make them susceptible to government pressure and financially reliant on the government. As a result, public interest is sacrificed for the business interests of the media owners and for consolidating political power by the government while the media cannot perform its function as a watchdog.

Prosecution and Imprisonment of Journalists

Perhaps the most infamous aspect of press freedom in Turkey is the record-number of journalists in prison. Although there is no consensus on how many journalists are currently behind bars, estimates put the number somewhere between 75 and 100. The majority of these media workers are prosecuted with offences related to being a member of a terrorist organization, creating propaganda for terrorist organizations, or providing support to terrorism. Most imprisonments are related to a particular legal probe called the Kurdistan Communities Union (KCK) Case. According to the OSCE, 68% of cases are related to the Kurdish issue, followed by imprisonment in relation to the Ergenekon Case with 13%. The OSCE report also provides important insight into the legal framework that allows widespread prosecution of journalists: more than 90% of these journalists are charged under the Anti-Terror Law and/or under Turkish Criminal Code. Obviously, many face several trials and are often convicted for several offences. For example, the OSCE report mentions that there is one journalist who faces 150 different court cases. The high number of media workers imprisoned, detained or prosecuted in Turkey, as a recent CoE report underlines, has a “paralyzing effect on the country’s media environment.”

Despite Turkey’s progress in the early 2000s, serious limitations regarding the freedom of expression and press freedom remain in place. Government interference in media affairs seems to have reached alarming levels. In the absence of regulatory measures, the government and the media groups put political and business interests before the public good, preventing media from functioning as a watchdog. Furthermore, the excessive use of provisions of the country’s terror and criminal laws limits freedom of expression, causing widespread self-censorship, and in some cases allows for prosecution and imprisonment of journalists, reporters and publishers over terrorism-related charges. Yet, the AKP’s ambitious role for Turkey — leading the Middle East and Muslim world through Turkey’s soft power — is essentially linked to the degree it can maintain a strong democracy and ensure freedom of expression and press. The country’s place at the bottom of press freedom indexes damage Turkey’s reputation and contradicts the AKP’s objectives at home and globally. Therefore, for many, the government’s response to the press freedom crisis will be a critical test of the AKP’s commitment to democracy and fundamental freedoms.