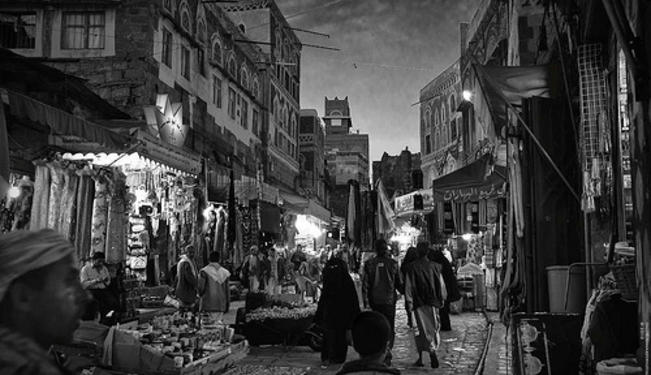 Little attention has been paid to how Yemeni tribes use their alignment with terrorist groups as a bargaining chip to use with the Yemeni government. However, this strategy could easily backfire in the near future.

The peripheries of civilization forgotten by modernity are a familiar sight throughout the Muslim world. These peripheries, often referred to as frontiers and tribal landscapes, are filled with populations that are disengaged from the central state. The problem is identical whether it concerns Islamabad, Cairo, or Sana’a. Modernity and the march of progress has left these regions – whether the Northwest Frontier in Pakistan, the Sinai Peninsula in Egypt, or the southern provinces of Yemen – outside of their countries’ rapidly evolving landscapes.

Understanding this exclusion and the strategies it drives these populations into adopting is essential to understanding the rise of criminal elements on society’s periphery. Although these neglected regions frequently have urban populations as well, the focus is predominantly on their more tribal denizens in rural areas. In Yemen, the idea of the ‘periphery’ drives nationalist sentiment as well as the pragmatic strategy of using the specter of Al-Qaida in order to satisfy the peripherals’ core objectives.

The problem is multifaceted: Islamabad, Cairo, and Sana’a have for decades been controlled by governments that are ambivalent to the affairs of their peripheries. These outskirts are disenfranchised politically by way of minimized representation, socially through cultural isolation, and economically in terms of unequal financial partnerships. Just as the Sinai is currently filled with expensive resorts which only employ the Bedouin population as guards or day laborers, populations on the Northwest Frontier face a stark linguistic reality where Pashtu and Baluchi are not viable primary tongues. Significantly, southern Yemen is not able to adequately engage with the central state in Sana’a.

The behavioral pattern is of state apathy to the social outskirts, which in Yemen is particularly problematic as the attitude almost forces a periphery alliance with militant Islamist groups such as Al-Qaida in the Arabian Peninsula (AQAP). The decision to align with AQAP is identical to the strategy of groups in Sinai and the Northwest Frontier who resolve to kidnapping foreigners and smuggling goods. The government’s inability to address the concerns of its peripheries motivates criminal behavior. The criminality is meant to assist the livelihood of that particular periphery’s population, however, in a broader sense it places a previously disenfranchised area in a much better political position. The periphery is now able to command a more powerful stance in its interactions with the central state.

Although the increased presence of security forces is a common reactionary feature in these scenarios, the sustainability of such initiatives are quickly questioned. Indeed, in Yemen, the capabilities of its armed forces to police large portions of the country are placed into question. Strategies quickly emerge to embrace soft power tactics, which is exactly what factions – such as the tribes in southern Yemen – wish to happen.

Foreign hostages in both Sinai and South Yemen will attest to themselves being treated with relative hospitality. Their captors often tell them that the hostages will remain until tribes “get what they want” from the central government. These include such things as food, medicine, and the resolving of political disputes.

The “foreign” component is especially important, as international pressure forces the central government to be more generous than its own policies would dictate. At resolution, the captors manage to extract their needs from the capital city and governments themselves save face as the captives are safely released to their home states. Essentially, the foreign captives become a stage using which the periphery demands support from the state which otherwise ignores these requests.

Building strong institutions which vocalize and meet the demands of the peripherals could circumvent this entire routine. However, this reality often goes unnoticed.

Southern Yemen’s relationship with AQAP is contextualized by exactly this phenomenon. The disenfranchised provinces of South Yemen have undergone severe political and economic marginalization since Yemen’s 1990 unification and the 1994 civil war. The result is that populations are by and large disconnected from the central state in Sana’a, rendering them unable to obtain their material needs through social institutions. In addition to catalyzing resurgence in southern nationalism, these realities force tribes into a position where they desperately need to increase their political weight.

The presence of AQAP provides a unique opportunity, as international pressure is heavy on Sana’a to combat its presence and the Yemeni government itself is eager to expunge the group. Many tribes therefore align themselves with AQAP in a power play against Sana’a, as they can only be goaded into abandoning their allegiances in exchange for larger government support.

Others are tempted to boldly take these measures a step forward, such as warlords who have recently overrun the provincial capital of Zinjibar while aligning themselves with AQAP. The group becomes an avenue for asserting tribal rights, just as Maoism has quickly become a means for emphasizing rural necessities in modern India. The dynamic therefore becomes difficult to navigate, as American intelligence agencies are uncertain where the AQAP-mask ends and genuine AQAP-activities begin.

This uncertainty is where the tribal strategy begins to backfire. AQAP-masks are not widely agreed upon by the international parties pressuring Sana’a. Opportunism is seen once again, as exploitative Yemeni governments use AQAP to posit their indispensability.

The 2011 Yemeni Uprising was characterized by Ali Abdullah Saleh using this strategy in order to reserve power for himself and his core circle. Saleh withdrew large numbers of Yemen’s security forces from the south earlier last year, thereby ensuring that the cloud of AQAP would descend upon the area. Either not knowing about AQAP-masks or not paying close enough attention, external parties slowly began siding with Saleh as a result.

The culmination of these efforts was the Gulf Cooperation Council (GCC) brokered deal for Saleh to resign which was signed in Saudi Arabia, centralizing power in his core supporters. These include the expected incoming president, General Abd-Rabbu Mansur Hadi, Saleh's erstwhile vice-president.

Unless the central government changes, the problematic dynamic of state and periphery will continue. The institutions required to end the disenfranchisement for South Yemen will not be built. Instead, a dangerous political situation emerges where South Yemen is perceived as turning into “another Afghanistan.” Rather than pressuring reconciliation and soft-power tactics, this threat instead stipulates intense military action against AQAP-aligned tribes. The fear of another destabilized environment that can shelter terrorist groups would lubricate the onset of armed conflict from all parties. Moreover, an ongoing southern independence movement has already militarized the relationship between north and south Yemen, and this additional factor is highly troubling.

The periphery itself may become a focus of war as a result of its vulnerability to terrorist groups such as AQAP. This pattern is exactly what has turned the Northwest Frontier in Pakistan into one of the world’s most dangerous regions. And just as in the Northwest Frontier, peripheral regions that experience armed conflict are forced even further into being classified as the ‘periphery’ of a nation. The realities of combat make this almost unavoidable.

If the Yemeni uprising and international parties fail to make any lasting changes to this relationship, southern Yemen may well become another war zone far before it is ever truly integrated into a strong Yemeni state.
The views expressed in this article are the author's own and do not necessarily reflect Fair Observer’s editorial policy.