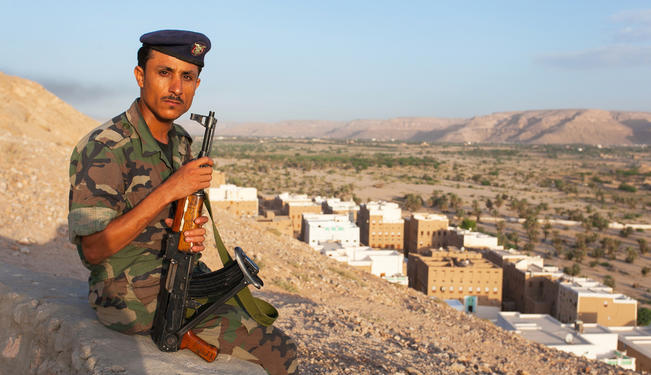 Not all of Yemen’s challenges have to do with al-Qaeda and terrorism.

This month’s unidentified threat that led to the closure of the United States embassy and several US drone strikes around Yemen, has once again shone an international spotlight on the country.

Simply put, as a Yemeni, I fear that all Yemen appears to be to the outside world is a front in the fight with al-Qaeda. But Yemen is more than terrorism and bombs, and many Yemenis are eager to ensure that this does not become the dominant narrative around the world.

Atiaf al-Wazir, a prominent Yemeni activist, voices the frustration of many Yemenis. In a piece for Your Middle East, she talks of a “country with a long history that was once hailed as Arabia Felix, land of generosity, wisdom, coffee, the first sky scrapers, the land with many queens and great architecture,” now overshadowed by “the hysteria of the decade: terrorism.”

Yemen, after all, is an Arab Spring country. And the former head of state is alive, and not in exile or in prison. It is a country where different political factions choose by and large, to settle their disputes without resorting to bloodshed.
People have been quick to forget, but in Yemen’s yearlong uprising against former President Ali Abdullah Saleh, very few members of the opposition picked up guns in their attempt to overthrow the government, and the sit-ins across the country were packed with peaceful demonstrators, cultural events and educational talks. When 52 protesters were killed on March 18, 2011, Yemen’s oft-maligned tribes were expected to ditch the peaceful nature of the revolution and avenge the deaths of some of their fellow tribesmen. By and large, however, they defied the tribal norms that demanded revenge for bloodshed and left their guns behind.

The youth movement has also continued its attempts to achieve political change through peaceful means. Anti-drone activism and hunger strikes to campaign for the release of political prisoners, or the continued dominance of the old elite, have defied stereotypes and eschewed violence – something that, as I am trying to make clear, is not strange in this country.

Two weeks ago I was present at a gathering of tribesmen in remote Al-Ahjar, south of Sana’a, at the invitation of the Minister of Electricity and Energy. One speaker was discussing democracy, and how that was the best path for change and a better life for all in Yemen. All of those present applauded vociferously. These are not people who need to be convinced of the need for democracy; they welcome it with open arms.

Not all of our challenges in Yemen have to do with al-Qaeda and terrorism either. Demographically, Yemen has one of the highest birth rates in the world, and the United Nations predicts that the population will jump from its current 24 million to 61 million by 2050. At the same time, resources such as water and oil are expected to come under heavy pressure, and in the case of oil, possibly run out. These are challenges that will directly affect our neighbors and the world. They are challenges that we may be able to resolve together provided due attention is given to them.

Terror should not be the international headline when it comes to Yemen. This country is far more than that and it is a shame that many do not know.

*[This article was originally published by Common Ground News Service.]