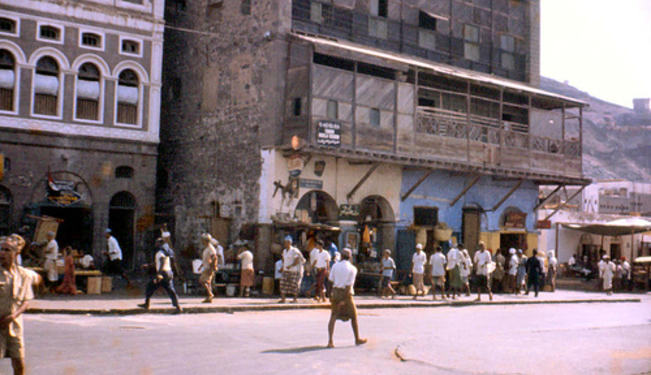 Abubakr Al-Shamahi traces the Saudi Arabian influence in Yemen back to 1934 and argues that the al-Saud ruling family do not want to see a free and fair democratic system in its southern neighbour.

One of the great questions surrounding the Yemeni uprising of 2011 was whom the Saudi Arabians were supporting. Throughout the year the al-Saud ruling family sent out mixed signals, with often-contradictory manoeuvres. The Saudis moved quite quickly to prepare the Gulf Cooperation Council (GCC) plan for a Yemeni transition deal, seemingly deciding that they would not back Yemen’s president of 33 years, Ali Abdullah Saleh. They then whisked him out of the country after he suffered grave injuries following a bomb attack in June. The contradictions followed though, as, after three months, Saleh was unexpectedly allowed to return to Yemen. The coup de grace came with Saleh agreeing to the GCC deal in Riyadh in November, officially signing himself out of power.

Therefore, it is quite clear that the foreign power with the most influence over events in Yemen in 2011 was Saudi Arabia. With the departure of the long-serving leaders of Tunisia and Egypt, and the spread of revolt to several Arab countries, the al-Saud family were understandably very worried about a revolt on their own doorstep, and the implications that it could have for their own increasingly restive population.

Let us not pretend that the Saudis want a free and fair democratic system in Yemen. However, they also know that Yemen is no Bahrain. After having faced an embarrassing setback from the Houthi rebels in Northern Yemen in recent years, they are not about to send troops into Yemen unless necessary.

It seems evident that Saudi Arabia is attempting to contain the Yemeni uprising, in a way allowing there to be a change of leader but at the same time retaining, more or less, the same system. One of the primary problems of the Yemeni political system is that, in effect, many of its leading political players are Saudi men. The al-Saud family spends billions paying stipends to various Yemeni figures from across the political and tribal divides, thereby ensuring that they are insured against whatever happens.

Saudi influence in Yemen goes back a long way, and 2011 is merely a continuation of the same script. The establishment of the modern Saudi state came at the expense of Yemen; the 1934 war between the two saw the British-backed Saudis take Yemen’s northern provinces of Asir, Jizan and Najran. The war also marked the turning point in Saudi-Yemen relations, with the Imam Yahya of Yemen famously uttering, “Who is this Bedouin coming to challenge my family’s 900 year rule?”

Ironically, Imam Yahya’s grandson, Imam al-Badr, found an ally in Saudi Arabia when he was faced with republican (rebel) forces after the Yemeni Revolution of 1962. Al-Badr was kicked out of Sana’a, but, with Saudi support, managed to hold out in the tribal regions of northern Yemen. For eight years, royalist and republican forces battled for control of the country in a deadly civil war, which also served as a proxy war between Saudi Arabia and Gamal Abdul Nasser’s Egypt, which supported the Republicans with ground and air support. Here it is interesting to note that the Saudi fear of North Yemen becoming an ally of Nasser, trumped any ideological differences the Saudis had with the Zaydi Shia Royalist forces they found themselves supporting.

Moving forward to the 1990s, Saudi Arabia again played a big role in Yemen. The 1990 unification of North and (previously Marxist) South Yemen was opposed by Saudi Arabia, as it feared a united Yemeni state. During the 1994 civil war, realist foreign policy concerns were once again more important to Saudi Arabia than any ideological matters, and they tacitly supported Southern Marxist separatists. The ‘90s also saw the First Gulf War, and mass Gulf sanctions, led by Saudi Arabia against Yemen for the country’s support of Saddam Hussein. In a huge loss to the Yemeni economy, roughly one million Yemenis were expelled from Saudi Arabia.

A brief look at Saudi-Yemeni relations shows that Yemen has had quite a raw deal from its neighbour. Many Yemenis point to King Abdul-Aziz’s supposed deathbed warning to his sons: “keep Yemen weak.” While this is likely to be more fiction than reality, the policy in itself is one that the al-Saud family has followed for years.

However, in a world where security concerns have gained primacy, Saudi Arabia can also not afford to have a failed state on its borders. They face a tough balancing act, keeping Yemen weak enough for it to not become an ‘independent’ power, but not so weak as to result in a new Somalia. Either way, believing that an autocratic absolute monarchy wants democracy in its populous neighbour is fanciful.