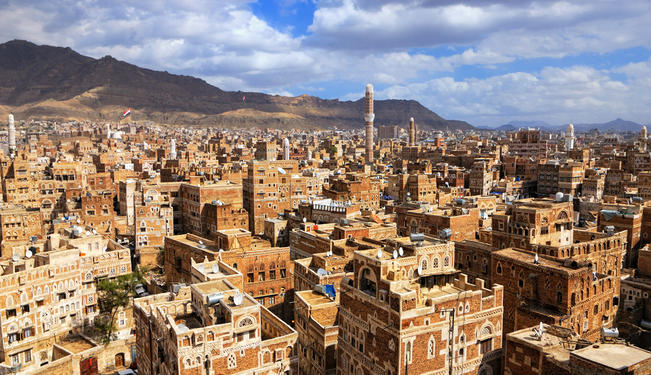 Policies from abroad currently ignore pre-2011 political conflicts while exacerbating the political divide emerging from the intra-regime Yemeni conflict of 2011. A myopic approach during the transition process further expands the space for militants to operate under new growing alliances. This is the first of a two part series.

On April 10, 2013, Yemen’s transitional President, Abdo Rabo Mansour Hadi, issued Presidential Decree No. 104/2013, making the most significant changes to date under the existing agreement to restructure the armed forces. Hadi’s decree was well received by people around the country and Yemenis abroad via social media networks. In particular, people were elated at the president’s surprising move to legislate the removal of direct control over military troops under the authority of Generals Ali Muhsin al-Ahmar and Ahmed Ali Abdullah Saleh, former President Saleh’s son. While such decisions contributed to a surge in optimism, the general view among southern leaders, northern Houthi rebels and observers in Sana’a is that the process still fuels proxy conflicts creating opportunities for militants, militias and sheikhdoms.

Nearly a year and a half after President Ali Abdullah Saleh agreed to step down under a Gulf Cooperation Council (GCC) sponsored agreement, his rivals have begun to rejoice in the success achieved with regards to the removal of Saleh’s family members and allies from positions of power. As part of the agreement signed in Riyadh on November 23, 2011, and in exchange for full immunity from prosecution, opposition leaders had maintained this as a primary political aim since February 2011. The international community, having witnessed events in Egypt and Tunisia, saw the GCC agreement as the best possible scenario preventing all-out war in Yemen. The Group of 10, meaning the ten embassies that contributed to the transition agreement, have since devoted all their political capital to ensuring a peaceful enforcement of the Riyadh agreement. Ambassadors have rallied behind President Hadi in order to ensure all political actors understand that any attempts to obstruct the transition process will result in major international sanctions against individuals, their families and assets they may hold outside Yemen.

With such threats against obstruction enshrined in UN Security Council Resolution 2051 (2012), political actors on all sides have engaged creative alternatives to oppose threats to their power base. All sides currently engage national media campaigns demonizing rivals on television, and in print and online media. At the same time, such media outlets are used to increase the stake in popular support by each side, from the Sunni Islamist party al-Islah to the Southern Secessionist Movement (Hirak), Ali Abdullah Saleh and the General People’s Congress (GPC), as well as the northern Zaydi rebels under Abd al-Malik al-Houthi. Nearly daily rallies see hundreds of supporters around the country turning up for each side as a show of force, including now demonstrations organized by parties covertly against major issues of concern. This creates an uncomfortable environment for President Hadi who is unable to crack down on demonstrations without the use of force, or without escaping the need for security forces to respond to incidents of violence.

Political actors and observers in Yemen remain skeptical over the success of the month-long National Dialogue Conference or other components of the transition process. Nationwide, the process is still perceived as imposed from outside and as negligent of ongoing political positioning by various actors awaiting either international fatigue or signs of eminent failure. In particular, the Southern Secessionist Movement, both at the popular and leadership level, perceives foreign interference as having a negative effect on the political conflict. It believes the international community’s myopic approach fails to address conflicts that preceded the 2011 intra-regime conflict between Ali Abdullah Saleh and members of the oppositional Joint Meeting Parties (JMP) led by al-Islah and supported by Maj. Gen. Ali Muhsin al-Ahmar.

Structurally, the latest presidential decree does ensure command and control under the office of the president through the Minister of Defense, rather than in the hands of individual commanders, a family or tribal leader. This role was primarily strengthened by the move to appoint Ali Muhsin al-Ahmar as an advisor to the president within the Ministry of Defense, and by appointing Ahmed Ali Abdullah Saleh ambassador to the United Arab Emirates. In addition, a Yemeni expert insider points out that such “restructuring, including the establishment of seven new regional commands, makes no sense when the Dialogue has just started and there is no finite agreement on what Yemen’s State will look like after the Dialogue process.” Independent journalist Gamal Hassan says this would make Mohammed Nasser Ahmed, Minister of Defense, the first true military commander with decision-making ability without interference by any other center of power. However, many remain pessimistic over the fact that only Ahmed Ali was removed as a military leader, and from the country, while Gen. Ali Muhsin remains within the military.

Southern secessionist leader Qassem Askar, allied to exiled leader Ali Salem al-Baydh, indicated Ali Muhsin was a pillar of Ali Abdullah Saleh’s regime for 33 years, and now he is received as the guardian of the revolution of 2011 and commemorated by the Chinese government. Mr. Askar, Secretary-General of the Supreme Council of the Southern Movement, said that while the international community chastises the movement for boycotting the National Dialogue Conference and accuses factions of links with Iran, G10 ambassadors have ignored southern demands since the start of their recent uprising in 2007. He criticizes the current political process as a mere reshuffling of benefits in reward for support against Saleh in 2011. Political actors in the north are not concerned with the progress or outcome of the dialogue according to Mr. Askar, but are only concerned about sharing the spoils, as structures are divided among traditional centers of power.

With regards to restructuring the armed forces, Radfan Saeed Salem Saleh, a young Hirak leader from southern Dhalae province, indicated this has been a long-standing grievance for southerners. Radfan insisted the restructuring process is evidence of the myopic approach by the G10 who merely look at addressing the decade old conflict between Ali Abdullah Saleh and Ali Muhsin, but fail to address true structural causes of northern hegemony over the rest of the country. Both Mr. Askar and Radfan claim the current process, ignoring southern grievances, simply adds to the list of reasons why Hirak insists on boycotting the National Dialogue and sees secession as the only remedy. As long as southerners continue to be underrepresented in military recruitment and within the leadership, the people and their leaders will perceive current policies from Sana’a as a violation of the Unity agreement of 1990 that created the Republic of Yemen, continued collective punishment as a consequence of the 1994 Civil War, and the south as occupied territory.

Southerners are not alone in their criticism of the political transition process. To Hirak activists, the military remains divided and loyalties remain with individual centers of power rather than the nation. For Houthi rebels there are no threats to their positions from any military forces, only from militias in northern areas like Hajja and al-Jawf provinces. These militias are loyal to rival parties like al-Islah and its military and tribal allies. Gamal Hassan observes that while the military does remain fragmented at all levels and indeed the restructuring process is merely interested in addressing divisions exacerbated by the 2011 conflict, full disintegration of the military would result in nationwide chaos. In his opinion, the biggest success so far has been the de-escalation achieved within the capital Sana’a by removing troops loyal to Maj. Gen. Ali Muhsin and Brigadier Gen. Ahmed Ali.

De-escalation, however, still remains fragile. Although President Hadi issued a degree disbanding Ali Muhsin’s First Armored Division (al-Firqa) and Ahmed Ali’s Republican Guard, the process is ongoing and the streets of Sana’a are still guarded by troops from these military units. Changes within the military, made in 2012 and recently, still remain far from being fully implemented. Much of the chaos spreading across the country extends from resistance within military bases to resistance by newly appointed commanders. This infighting in areas like al-Baydha and Hadhramawt represent greater threats to stability than similar incidents in early 2012.

While President Hadi continues to make gains on the ground through support obtained following his decrees, a growing gap still remains between him and a potential popular power base. Observers like Gamal Hassan admit people’s optimism rises when decrees are published, and it often shows confidence spurring short-term economic activity. However, as reality sets in and political actors respond to Hadi’s decisions, pessimism returns once again. As a legacy institution — valued and simultaneously considered guardian of the northern revolution and the southern socialist party — the armed forces are a pillar of power to some and a major threat to tribal actors. As a major institution within the economy, the military is also rife with corruption. The so-called restructuring of the Yemeni armed forces cannot be seen by any observer as more than a poor attempt at extinguishing an intra-regime conflict, since traditional centers of power like tribes, military commanders and families will continue to oppose strong constitutional powers for presidents and strong cohesive military institutions. There is also the widely accepted belief that Yemen’s neighbors will not accept a strong military on the southern flank, in what remains the only aspiring democratic republic in a region of hereditary monarchies.

Read the final part on April 26.

*[Note: Some sources in this article have not been explicitly named. The authors and Fair Observer respect their right to remain anonymous.]