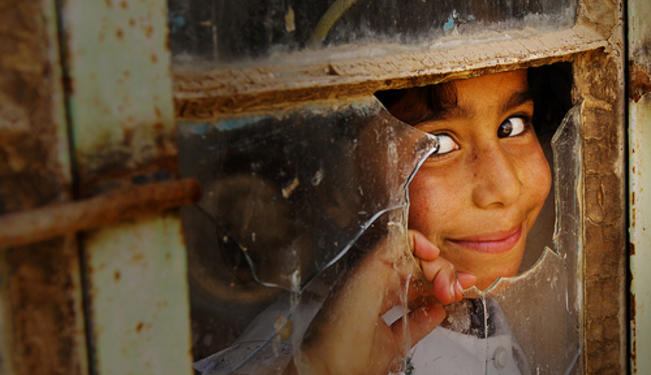 When international relief organizations followed General Tommy Franks into Iraq in March of 2003, they scattered to different parts of Iraq. One of them, Mercy Corps, landed in Kut, south-central Iraq, an area which is predominantly Shia. They immediately started to recruit local staff and Tall Mohammad was among them. The “Tall” was affixed to distinguish him from other staff with the same name. Now, ten years later, he has written a recollection of this historic event.

Shortly after the American troops and the coalition forces – together with the support of many Iraqis – had defeated one of the cruelest tyrants of the Middle East in the twentieth century, I felt like a new born baby, albeit in tougher circumstances. The reason was that I had spent all my life being told, and taught at various schools that my life, family and everything I owned belonged to “That One Man.” I was taught that the main object for the government in war and peace was to assure the glory of “That One Man.” All of this happened to be the biggest lie in the life of the people of Iraq.

Almost ten years after the start of the occupation, America had completely pulled out its troops and the Iraqi dream seemed possible: The country was now free of occupation and free of the tyrant Saddam Hussein. However, building a democracy proved more difficult. Prior to 2003, Iraq’s recent history had gone through a series of different political rhetorics (nationalism, communism and Baathism) which had great inconsistencies with each other. Nevertheless, under Saddam Hussein, there was one thing they all had in common, which was their accusatory attitude towards the United States of America and its European allies. This is often seen as the principal liability for those who seek to rule Iraq today. America’s departure from Iraq has meant that Iraqi politicians now have to face themselves and one another for the troubled rule following the occupation.

The fact that Iraq is now a quasi-democratic country and has come a long way compared to other countries in the region belies the fact that the Iraqi parliament remains the weakest link as well as a big disappointment to such an expensive democracy, gained by the sweat and blood of those who gave their lives for the sake of this country. It is undeniable that the majority of the current members of parliament are just figureheads, implementing an agenda that was formed by their political parties and their regional sponsors, playing on the main sensitivities of the Iraqi people, which is the emotional attitude towards their religion and ethnicity.

The departure of the American troops has given a very revealing picture about the political game in Iraq that continues to cause the loss of thousands of Iraqi lives. It is impossible to form a political system based on ethnicity and religion while ignoring the quality and qualifications of the decision-makers of the country. It is impossible to expect a better future for the country without “love.” We need to start loving our collective selves because it is an energy that we need to have in order to share it with our compatriots and, most importantly, with our country.

Further, in accordance with the history of Islam, starting from the era of the prophet Mohammed, there is a verity that all Muslim scholars and ordinary Muslims agree with: A Muslim is not considered as such unless he or she has the education to represent Islam the right way. To be exact, education here does not mean studying the facts, but training the brain to think on the benevolence of his faith.

I do not think that we should count on the United States or the neighboring countries to build up our future. We, the Iraqi people, have to act on it ourselves. We need to believe in the fulfillment of the promises we need to bring to our country for the benefit of the next generation. Let us appreciate what we have: We have the right to vote and to choose the right representatives, whereas other nations are still fighting to gain this right. Our challenge remains to choose much better representatives. We have to assess the record of the previous and current governments and parliaments to see who is qualified to have our vote. For me, when I vote the next time, I do not need to vote for my religion because my religion is fine. I will give my vote to the one who believes in change, because change is in the palm of our hands. If we just embrace it.