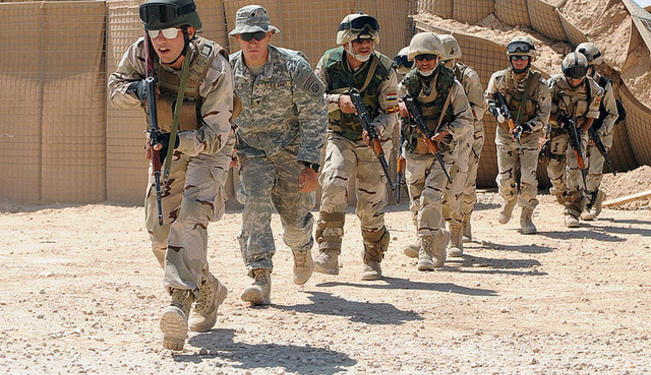 The last US combat troops left Iraq on the December 18 and yet they leave behind them a war-torn country deeply divided on political, if not sectarian, lines. A country that can boast of approximately 2.5m internally displaced persons. A country whose infrastructure has been ravaged and subsequently built anew upon the foundations of widespread corruption. A country whose body count is so high I could not bring myself to write down the number here even if I could find an accurate enough source.

And I suppose herein lies the problem: Iraq and the allied invasion and occupation has become a question of statistics. Rather than discussing how the average person in Baghdad feels, we are asking how many people Saddam condemned to their deaths compared with how many the Americans bombed to an early grave. The questions include whose torture methods were more brutal or are there more hours of electricity since Saddam’s tyranny came to an end.

Of course if I were to give you the choice between losing one or both of your eyes the expected answer would be a formality, but indeed you would ask yourself why you are being forced to make such a dreadful decision. I believe this analogy strongly applies to Iraq and its people. Why should the long oppressed people of the land of the Euphrates and the Tigris have to choose between American checkpoints, indiscriminate bombings, and random arrests or Saddam's secret police, acid baths, and beheading rituals?

The Iraqis made their position clear in this regard as the resistance to occupational rule intensified and American military deaths became a norm, even though the uprisings were staggered and much inter and intra sect fighting between the various militia groups took place. Indeed, the American populace also soon became tired and frustrated of seeing their people returning from the East in coffins. And therefore, it was President Barack Obama—facing popular discontent at home, an increasingly effective insurgency in Iraq, and stubborn Iraqi politicians in Baghdad—who reiterated the promise to end all combat operations and withdraw the last remaining soldiers from Iraq.

As a result of the events which have plagued Iraq since 2003, I ask myself the question, does the very cradle of civilisation not deserve more from the world? Instead this land that gave the world the first code of law, writing, alchemy, algebra, the wheel and, for the young at heart, the story of Aladdin, has been largely decimated by foreign hands.

However, as anyone in the Arab world will tell you, Iraqis are famed for their resilience, and no reader of history would dare bet against the Iraqis rising up and taking Iraq back to its position at the forefront of the Arab and Islamic worlds. History has a knack of repeating itself and it can do it again in Iraq.

*[A version of this article was originally published by Comment Middle East on December 26, 2011].