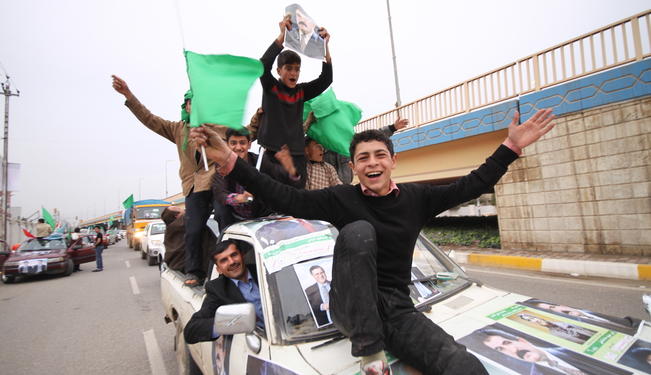 Giving the Iraqi youth a real opportunity through education, may be the best chance for rebuilding Iraq, argues Yasmeen Alamiri.

If the world was divided ahead of the war in Iraq, the schism has only grown now that we have reached ten years since the invasion. The end of the US military engagement in the country does not take away from the very tangible fact that Iraq, on its ten-year anniversary, is broken, with a generation of disenfranchised citizenry as the byproduct.

Politically, stakeholders have repeatedly touted that their self-declared deadlines have been met, declaring a dubious victory. Yet, there have been numerous reports showing otherwise. One of those came as recently as this month from the US Special Inspector General for Iraq Reconstruction’s final report to Congress. In his report, Stuart Bowen argued that too much money ($60 billion in American taxpayer money) was essentially tossed at the situation, without seeing much accomplished. One of the major criticisms of the reconstruction effort in Iraq was the insufficient interaction with Iraqis themselves.

Now, Iraq is left broken, with an unstable economy, an employment crisis, a waning sense of nationalism, and religious splinters.

There is no prescription for winning a war and successfully reconstructing a country. Nevertheless, if one were to venture a guess, it would likely include building a strong citizenry. A country’s youth is likely to be a great place to start.

Of the reported 31 million people in Iraq, nearly 60 percent are under the age of 24. However, in a country filled with a large youth population, very few of them are pursuing higher education — much less getting jobs or careers. A 2011 surveyby the UN showed that unemployment among Iraq’s youth hovers at just under 25 percent. Many Iraqis, particularly those who can afford to, leave the country in search of stable employment, furthering the intellectual crisis that has plagued Iraq since 2003 and the so-called “brain drain”.

The recent failures of the education system are particularly devastating for Iraqis because they have long touted their devotion and advances in education and culture. Mesopotamia, or “the land between two rivers” — the Tigris and Euphrates — which is modern day Iraq, was widely considered to be the “cradle of civilization” for its many major advances in writing, literature, math and the sciences.

The issue of a new generation of undereducated and unemployed youth is not caused by a lack of resources — Iraq’s gross domestic product (GDP) in 2011 was $127 billion. According to a 2012 International Energy Agency report on the country, “Iraq stands to gain almost $5 trillion in revenues from oil export over the period to 2035, an annual average of $200 billion and an opportunity to transform the country’s future prospects.”

Opportunity can only stem where it is fostered, however. Iraq’s youth, who were born to parents that were raised in a generation where the pursuit of education was paramount, were part of a fundamental shift in priorities. There is now an entire generation of young Iraqis who were raised in a country at war, where their thinking shifted from long-term investment in the future to staying safe in the here-and-now.

Logistically, getting to school during the worst of the war, and even after that, was tough. Students have to make their own way to school, unless they are enrolled in a private institution, which provides a bus service — but private schools are cost prohibitive for a large majority of the current Iraqi population. Recent numbers show that around 23 percent of Iraqis live below the poverty level. University students face the same obstacles.

The past ten years have also not given much in the form of educational incentives. The instability of the war bred so many other “options” for Iraqi youth to get lost in — the most troublesome of which was joining one of the bevy of militia groups that pursued them with parasitic diligence and the promise of money, fulfillment and a sense of purpose.

Investing funds, resources and time in fostering a better educated, engaged and thus, more empowered Iraqi youth may be the best chance for Iraq to truly rebuild itself into a self-sustaining, united nation. If Iraq’s “rebirth” was not successful in the past ten years, there is a good chance this next generation has something new to offer if given the opportunity.