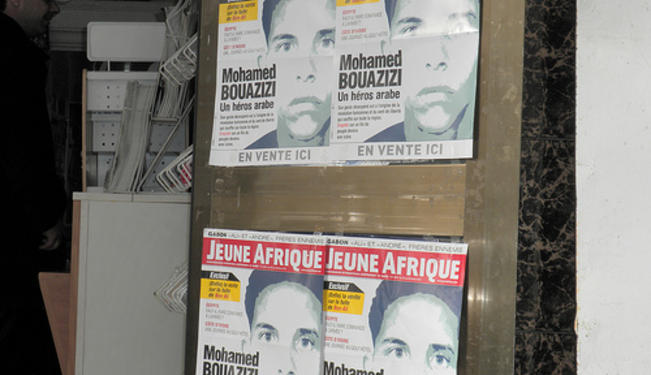 The uprisings in the Arab world may be prime opportunities for pro-West democracy to make its move, but voting trends indicate that is not what the people want.

The Arab world is undoubtedly in a time of political upheaval. There are some questions, however, of the permanency of these transitions and the governments that will inevitably replace what has been overturned. Simply put, will the Arab Uprisings lead to a peaceful summer? And could it be more accurately a ‘fall’ that will lead to a long winter of violence, disorder, and chaos?

While it is unrealistic to think that violence can be completely avoided, it is important to take note of the ideological shifts that accompany it. Sectarian clashes, in particular as seen in Lebanon, are certainly a product of this ideological spillover. In this case, the Syrian uprising has ignited tension in Lebanon as well as throughout much of the Arab world. While change is coming, the type of change that we will see is up for debate.

Despite the Arab Uprisings being an opportunity for liberal democracy to make an impression, the cultural makeup of the region is not historically liberal (dictators or not). That is not to say that radical Islam is the future for revolutionary states.

In the elections for post-Qadhafi Libya, liberal-leaning parties won in 11 out of 13 districts. To be fair, Libyan Islamists were the cornerstone of their revolution, and many Libyans agree with their basic premise. It is due to the generalization of Islamist groups such as the Ikhwan (Muslim Brotherhood), that the Libyan branch did not win more votes. Many agree with the idea of Shari'a but fear the perversion of it as seen with Afghanistan's Taliban.

On the other side of the spectrum, the Muslim Brotherhood's Freedom and Justice Party in Egypt and En-Nahda in Tunisia have seen success in the electoral process. Egypt under Gamal Abdul Nasser and Anwar el-Sadat was traditionally secular and nationalist. Even Hosni Mubarak opposed Islamic fundamentalism and practiced diplomacy with Israel, despite its unpopularity amongst the masses.

Independent Tunisia under Habib Bourguiba was an advocate of pro-Western, pro-secular policy and modernization. While En-Nahda insists that they will protect the civil rights of a traditionally secular Tunisia, the group does intend to more overtly incorporate Islamic law.

This brings about the paradox that we continue to encounter in this ‘Arab Uprising’. Why are states rife with Islamist potential choosing to elect liberal governments, and why are traditionally more liberal states choosing the more conservative option? This is an ideological shift, in conjunction with a variety of other factors, which can account for this political anomaly.

It is the result of an Arab world taking proactive control of their leadership. It is naïve to expect pro-Western democracy to emerge in states that were never that way to begin with. Rather, Islamist groups such as the FJP and En-Nahda are being elected because they serve the opinions of vast proportions of the public.

A Gallup poll from 2008 indicated that 64% of Egyptians believe Shari'a should be the only law, a percentage that is four times higher than seen in Iran. While there are regional variations, this sentiment is typical of much of the Arab world. Voting trends that do not represent this are the product of fear, not of liberal beliefs.

While the Arab world is in for a long road of warfare, both on sectarian and international fronts, it is the springtime for public opinion in the region and a renaissance for government. In essence, while Islamist governments might still be the future for many countries, it will be because the people asked for it.