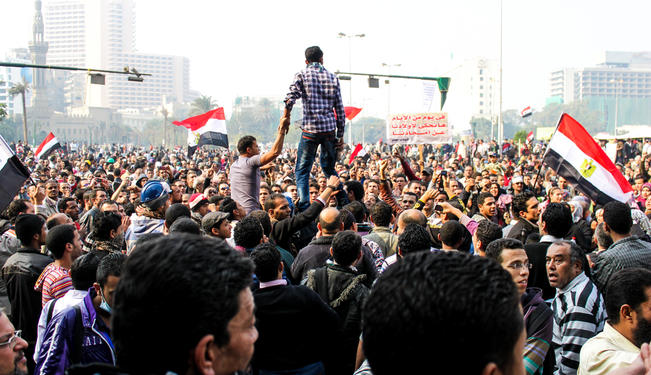 After nearly 100 years since the Sykes-Picot agreement, the Middle East's artificial borders are being ripped apart.

As far as I have learned, there has always been an evolution of great sociologies at work. Progressive in the main, despite long lapses into darkness and often impure renditions of original articulations of "right relations" — as concerns mankind's relation to his fellow man, his or her relations to the environment, and his or her relation to the mysteries. The pace of this evolution has recently increased at a frightening speed.

The evolution of the social contract in the West, fortified by the Enlightenment, has in great fits and starts prevailed now for several centuries. Often diluted, it remains the bedrock for current and intermediate global change. The notion that all citizens are entitled by birth to participate in their own governance; that all men have inalienable rights — as articulated in foundational documents in France, England, and the United States in the 18th century — and more recently, that national borders have become permeable — that sovereignty is now conditional — are now the preeminent agents of global change.

To consider the people of the eastern and southern Mediterranean as immune to that great sociological tide is a mistake. Not only did these peoples contribute significantly to the original dynamic of liberal democracy but, with the permeability of borders, they are now entwined in its future and can either enrich it with their vitality or stall its progression, as they insist on ways to be external to it.

The "Arab Awakening'' was not an aberration but a bursting out of a great sentiment lying in wait. It, like other great sentiments such as the emancipation proclamations governing slavery, women’s rights, and the condemnation of colonialism, will inevitably gestate among the host societies for a long time before it predominates. But the record shows that alternative sociologies, especially those borne of absolutism and reactionary zeal, are doomed to be painful exceptions to the flow of current history. Radical Islam and other signs of Arab need and pride will eventually be sapped in favor of ownership in the current dynamic, and that also means a willingness of the West to cede its exclusive control of the narrative. President Barack Obama's recent declaration that the "War on Terror" must transform beyond the battle cry of 9/11 is a step in the right direction.

In the end, the current sociologies prevail not just because they respond to longings for individual freedom deep within most humans, but also because they are now seeming to be the best way for humans to prosper and pursue their own happiness.

As we know, the bulwarks and purveyors of these progressive sociologies fully understand the ''lapses into darkness'' always threatening on the periphery and from within. And, importantly, these hegemons of the West have accumulated great wealth and power, as they have controlled and influenced these progressive dynamics. It is they, after all, who control the global commerce and stability-making alliances — albeit accessible to those who "buy in." The liberal democracies allow for change but not fundamental disruption.

The End of Sykes-Picot

Now, to Sykes-Picot. In one of many damaging aberrations of the progressive principles to emanate from the architects of the Enlightenment, the taking of the spoils of World War I, as they pertained to carving up the Arab world in their own misguided self-interest, ranks among the most tragic.

Today, nearly 100 years later, the seams of those artificial divisions are being ripped apart — de facto, new arrangements are being made. Lebanon is fragmented; Iraq lives with autonomous zones; and Syria, as I said in an earlier editorial, "all the kings horses and all the kings men will not put that humpty together again." The Middle East, as I write, is now a swirl of massive migration, and the intellects of the awakening are staying up very late at night to map out a new Arab-owned configuration of Arab peoples and to infuse it with participatory governance, the rights of man, and a modern definition of sovereignty.

Tahrir is the historic bellwether. It will have its Thermidor, but folks who see this Thermidor as its resting place are ignoring the great sociologies at work over the past century. The Arab street will soon eclipse the oligarchs on the Persian Gulf and, within a generation, will resume its influence in the progressive narrative, seemingly dormant since the 18th century, but now invigorated.