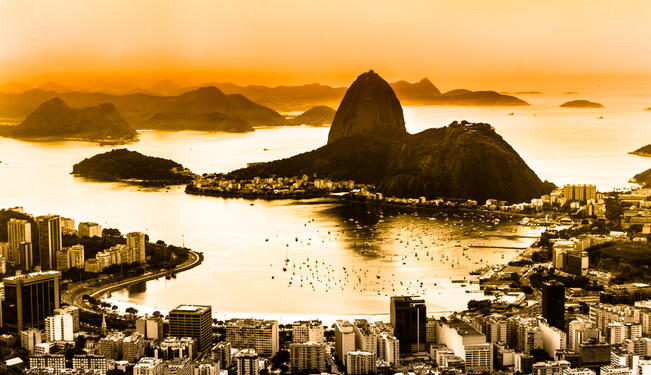 Brazil, while quickly becoming an emerging economic power, is still struggling to improve the socioeconomic problems brought on from the legacy of its autocratic past. This is the final part. Read part one here.

For Brazil to completely emerge from the quagmire of poverty, corruption and inequality, the people and government must engage in a public debate, as well as a frank and open discussion about how to construct viable poverty alleviation models. This discussion must pertain to Brazil’s structural conditions, and her policy weaknesses. Still, it must not ignore her world renowned strengths and her lesser known attributes. Even with this, Brazil must bear in mind that there are no perfect nations, but that many nations are willing to undertake a continuous struggle for perfection or, at least, meaningful improvement.

Together, Brazilians can lay out a path that will enable her political, economic, and social systems to function for the betterment of the entire society. Brazilians, today, show less tolerance for governmental corruption than they did in the past. This is most likely due to the fact that newer generations are more affluent and, therefore, much more demanding in every possible way.  There is also more information about the government and its activities available to the population than ever before because of the Internet, social media and more political openness after the dictatorial period.

Although a multitude of challenges lay ahead, a great many observers likely agree that Brazil’s initial steps illustrate that she already has moved, however incrementally, away from her impoverished, divisive past and towards a more affluent, more inclusive, future.

Brazil’s citizens must take an active role in demanding transparency from the government as to where the money for social welfare programs is going and how it is spent among the recipients and distributors of the social welfare services. Those who abuse the programs must be exposed and prosecuted. Prosecuting corrupt individuals, especially corrupt politicians, will ensure that well-meaning officials will be able to effectively create socially beneficial policies. This will in the long run, create greater social trust and cohesion within Brazil itself.

The current bureaucratic Brazilian tax code must be reformed so that it is possible for more people to start their own businesses, as well as for more foreign firms to invest in Brazil, therefore creating additional employment opportunities for Brazil’s population. Finally, reformation of the tax code will enable the middle class and poor to help become drivers of economic growth by allowing them greater purchasing power to buy goods and services.  This is a win-win situation for all because the living standards for the entire population will rise collectively.

Cash transference programs such as Bolsa Familia should be combined with infrastructure development programs that ensure that all segments of the population can become educated and employed. Making universal quality education available (in both the early and university years) will ultimately reduce people’s dependence on the social welfare.  Furthermore, studies have shown that when people are more educated, they are less likely to commit violent crime, nor engage in socially destructive actions such as drug abuse and sale. These individuals will also have more of a stake in society and monitor their government closely to make certain it does not abuse its mandate. Education also significantly benefits women as once they become educated, they tend to delay having children and choose spouses more wisely. This also has the impact of removing future demands on social welfare as population growth is managed.

The above suggestions, if undertaken in an environment of civic engagement and growing prosperity, will result in a society with lower crime, fewer opportunities for “gaming the system” and less socio-economic stratification. A welfare system that promotes fundamental values supports a strong work ethic and gives the means for the less fortunate to better themselves; reducing the need to create a reactive, all-encompassing welfare state.