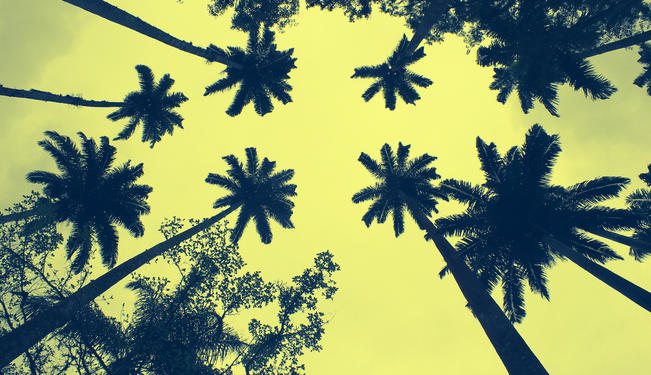 Brazil, while quickly becoming an emerging economic power, is still struggling to improve the socioeconomic problems brought on from the legacy of its autocratic past. This is the second of four parts. Read part one here.

Brazil’s intense class stratification results from her legacy of colonialism, the slave trade and autocratic rule under the auspices of a wealthy elite that controlled most of the nation’s resources.  An environment of autocratic rule discouraged the impoverished from voicing their distress in meaningful ways or through public dissent.  Brazil, while its dirty wars were not as dirty as some of its neighbors, still had enough abuses by the military to keep a tight lid on social mobilization. Much too often, the government resorted to brute, military force to silence those who protested social problems. These processes forged a paradigm that consisted of the iron hand, on the one hand and dire poverty, on the other. The unchecked power of the few resulted in an unstable economy in previous decades and degraded purchasing power, massive public debt and uncontrolled inflation.

These strategies resulted in soaring unemployment and exorbitant prices for basic goods and services. For a long period, Brazil struggled with these problems. Only in recent years did Brazil confront its dictatorial past, bring inflationary pressures under control, and stabilize the buying power of its currency.  Nonetheless, a complicated and bureaucratic tax code makes the cost of many goods such as cars, electronics and clothing very expensive. The prices of such goods are marked up significantly because of the additional taxes imposed on them.  This often means that while such goods can be readily purchased by the wealthy, they can only slowly be obtained by the middle class. In most cases they are completely out of the reach of the poor. In this way, social stratification, using what is known as conspicuous consumption as the base of the differentiation between the various social classes, is still made possible by the very design of tax policy.

Putting the Social into Welfare.

Even though Brazil often pursues her domestic agendas with the noblest ideals, she sometimes employs ineffective strategies.  Brazil, for instance, has focused on alleviating the poverty of only the poorest of families through wealth transfer programs such as Bolsa Familia. Such selective poverty alleviation, of course, sows the seeds for another cycle of problems.  One easily anticipated problem is the divisiveness that springs from envy if equally deserving persons within the aid recipient group sense that they are disadvantaged relative to their peers. Less than honest politicians also seize upon the availability of misdirected cash to fill their own coffers.

Gender Equity around the Corner?
As with impoverished areas everywhere, Brazilian women are frequently obligated to raise families without the presence of a supportive spouse. In some cases, such impoverished women are economically dependent upon their husbands, who may or may not be present in the home.  Even though many poor Brazilian women attempt to confront these challenges, they many times lack the requisite social or economic autonomy to pursue their own economic interests. One must be mindful of the fact that, the social welfare system has had limited success in helping women gain economic autonomy. Brazil, while rapidly modernizing and becoming a major economic power, still harbors traits from its traditional past which presently hamper it.  One such trait is a culture that is still very patriarchal.

Poor women who grow up in families where the male members wield economic power often times have little say in decisions concerning their future. Therefore they have a much more difficult time availing themselves of educational and employment opportunities.  In the absence of such opportunities they enter motherhood at a much earlier age, often bearing and raising many children. If a male partner leaves the house or dies then these women become the single parents of many children. Sometimes these women are not able to qualify for Bolsa Familia as it has very stringent requirements.  Even if they do qualify, there are many instances where the money from the Bolsa Familia is not enough to provide for all of the children in the household.  On a positive note, this trend is slowly changing with each passing year, and more women are entering school and gaining economic independence, which allows them to control their reproductive options. .

The Ugly Pair: Class and Ethnicity in the “Multiracial Democracy.’

Racial and ethnic inequality are other large problems that plague Brazil in particular, and Latin America in general. This is due, in part, to the fact that these nations host a rainbow of ethnicities from Africa, indigenous tribes and Europe.  Class and ethnic stratification persists in a large measure because of pervasive discrimination that limits the socio-economic mobility of those of certain ethnic heritage. Brazil, while heralded as a “multi-racial democracy” is still haunted by its past. During the Middle Passage, when an estimated 10.7 enslaved Africans were transported to the New World between the sixteenth and nineteenth centuries, nearly half had Brazil as the final destination. To keep this in context, scholars estimate that fewer than 400,000 went to the US. Brazil was the last country to abolish slavery in the Americas, finally ridding itself of the “peculiar institution” in 1888.

Racial diversity, as is seen in the financial hubs of Singapore, Dubai and mature industrialized countries as the US and Canada, can be a tremendous boon for a country. In Brazil, this ethnic diversity, while certainly a national strength, is just as certainly a crippling weakness when it comes to forging the unity necessary to build social trust and tackle national problems. More often than not, an “us” versus “them” can develop thereby hindering any sort of progress. In Brazil, as in most other regions, diversity is too often seen as a mixed blessing. The consignment of whole swaths of people to the bottom ladder of the social and economic system develops an overlapping of class and racial issues in the eyes of many Brazilians. What this means is that to be brown or black is to be poor, and to be poor is to be brown or black.

As a result, the social welfare system often does nothing to promote true economic advancement which would require the dismantling of centuries of socially driven cultural attitudes that play a very real role in opening up opportunities for the disenfranchised and allowing them to wean themselves off of the state. Furthermore, it is quite likely that those brought to Brazil in chains or those indigenes who were forcibly herded off their ancestral lands harbor an abiding distrust of a system that may (in their view) have changed flags, but did not change the ruling classes. The colonial history of Brazil, in the sense of centuries of exploitation from the mother country, and the dark entanglement with the slave trade created a simmering distrust that often leads to outright animosity amongst those at the bottom of the socio-economic pyramid.