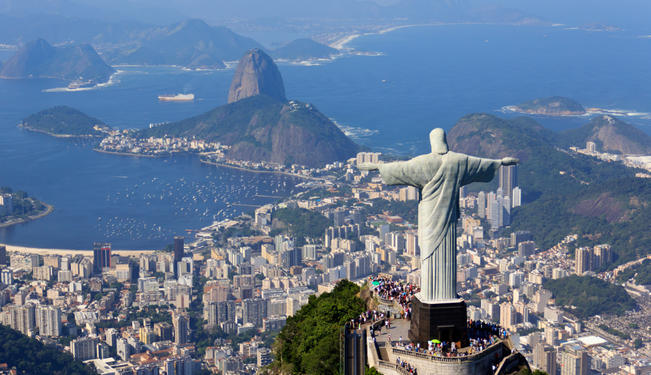 Brazil, while quickly becoming an emerging economic power, is still struggling to improve the socioeconomic problems brought on from the legacy of its autocratic past. This is the third of four parts. Read part one here.

Is the Nordic System the Answer?

Finland and the Scandinavian nations — Sweden, Norway and Denmark — take a markedly different approach to advancing their national social and economic well-being. While basking in the Brazilian tradition that prides itself on the ouster of the Portuguese colonizers, I was surprised to see that nationals of Finland and the Scandinavia report a high degree of trust in their peers and government.

Unlike South America’s populations, these northern peoples view government as an advocate for the people, rather than an adversary.  One would imagine that broad-based trust results when the state respects each person’s need to control his or her own life. Social trust and trust in the government is enabled when there is minimal interference in the daily affairs of its citizens.

The foundations of a virtually incorruptible government are broad-based respect for the rule of law, minimal levels of actual corruption, a functional and targeted social welfare system and an effective and efficient infrastructure. Such an infrastructure makes available opportunities for obtaining education and employment and is implemented in parallel with the programs that give financial assistance to those who risk becoming impoverished.  The result isthat the recipients of financial assistance are able to wean themselves off this assistance and ultimately become working, productive citizens.  In turn, the rule of law is bolstered if a social welfare system works well for the unemployed, the disabled, and those otherwise unable to achieve gainful employment.  Although such a society may still have a class system, the hard edge of social stratification disappears.

A study of Scandinavia’s history will reveal that the respect for law originated with the political elite, specifically the monarchs of each nation.  The population internalized the values of the rule of law and willingly adjusted to the need for tight social cohesion.  In a cycle manner, this formidable social cohesion discouraged governmental corruption, and vested governmental officials with high levels of trust.  The foundations of such an arrangement are that the government more willingly entrusts the people with freedoms that permit them to voice discontent. People, in turn, will tend to trust that the government will take necessary actions to address their concerns.

Consider, in this regard, that the Scandinavian countries adopted an all-inclusive, full-spectrum safety net that included the entire population in its poverty reduction efforts. The beauty of this approach is that it, unlike Brazil’s efforts, employs a universal rather than a selective approach to poverty alleviation. Again, unlike Brazil, one will not see competing interest groups engage one another in endless, self-defeating power struggles. Although governments that serve the entirety of their people’s needs are derided as “nanny States,” the truth is that the inclusive approach yields a multitude of collateral benefits.

The social welfare systems within the respective Scandinavian states are developed to the point that women are not economically dependent on men and vice versa.  Since each gender enjoys economic autonomy, familial relationships are healthier and more self-affirming. In such an economic paradigm, the notion of adult economic co-dependence does not exist within the context of the family unit. One must wonder, however, are there any foreboding aspects to this otherwise idyllic picture? Probably not, but it is possible and while not considered at length in this article, should be kept in mind. Because the Scandinavian countries are generally ethnically homogeneous, the people within each State are united from an ethnic and religious standpoint.  Scandinavian workers are unlikely to face discriminatory hurdles when looking for employment. Nevertheless, (for better or worse) the ethnic make-ups of these nations are slowly changing, on account of immigration from outside of the country, most often from the Global South.

If handled improperly, these changing demographics could create intense conflict between different ethnic groups as they compete for resources. They could further strain the social safety nets of these respective nations.  Unless these immigrants are encouraged to sufficiently integrate into Scandinavia’s social, economic and political fabric, these States may eventually erect barriers that resemble the barriers that anchor Brazil to her past.

Scandinavian Roots for an Effective and Efficient Brazilian Welfare Model?

One can only wonder if Brazil can emulate the Scandinavian model, since each of these geographic regions followed a very different path towards political, social and economic autonomy. More precisely, one wonders, if the Scandinavian model of social cohesion, rule of law and trust is suitable to a region that is beleaguered by a history of social stratification, corruption, subtle ethnic dissension, and a legacy of distrust between the people and their elected officials.

Brazil could willingly adopt the model, if her people so chose.  Such a change, however, could require many decades and could span across several different generations, and yet flounder, until it surmounts a legacy of divisive cultural constructs. A nation’s ability to develop and internalize values that arise from trust, hard work and honesty, depends largely on whether the population is willing to devote itself to the time, personal energy, and effort required to create beneficial change.
Education also matters. School can be an incubator that nourishes and advances in the young the highest ideals.  By any barometer, the Scandinavian nations invest much more in universal education programs than Brazil has and most of the other South American nations as well.

Education is not only a means of teaching the traditional approaches to reading, writing and arithmetic.  Schools and universities also provide a forum for inculcating the populace with ideals of patriotism, self-sacrifice, heroism and community dedication. One can be truly amazed that the Scandinavian countries managed to sustain their domestic unity and to concurrently preserve the essentials of free speech, freedom of religion and the right to freedom of association. The proper time to instill the population with a commonality of values is when people are young and malleable, rather than delay to instruct them until they are in the midst of poverty-stricken adolescence or in the throes of social discord during their early adult years.

Brazil sets a contrast to the Scandinavian nations because a good education is only available to the wealthy and middle classes who can afford to send their children to private schools.  Even under these highly conditional circumstances, the standards of Brazil’s public education remain unfortunately quite dismal. As an essential part of any blueprint for development, Brazil should commit to make public educational investments and to build an educational infrastructure that is designed to benefit all members of her population, regardless of socio-economic class, gender or ethnic background. The way to do this is to ensure that public funds set aside for public education really do go to public education instead of landing in the pockets of corrupt politicians. Such transparency requires close monitoring by an engaged citizenry. In this way money would not have to be taken away from other social welfare programs in order to fund public education. The funds could then go towards building good public schools, hiring good teachers and ensuring attendance by students.

If Brazil is able to successfully educate her entire population over a number of years, she will hopefully reap a windfall of increased social cohesiveness, increased trust between the citizenry and their political leaders, and an increase in the domestic security that results from a broad social safety net. The ultimate reward of such a grand design is a population that is willing to work in harmony to pursue the nation’s greater good.

Read the final part on March 19.