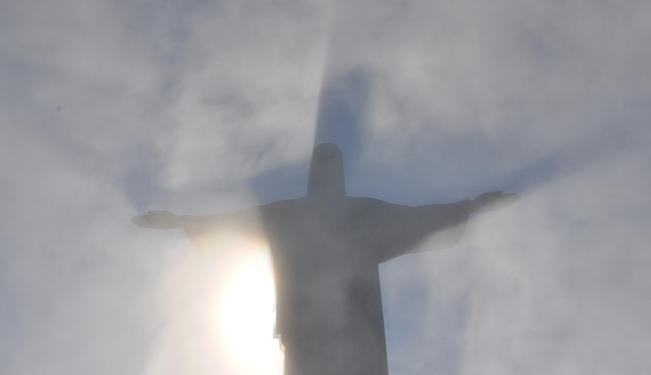 Brazil’s experience in alleviating poverty has given the country major international credibility. Economic expansion has multiplied the influence of Brazil’s traditional soft power approach to diplomacy, highlighting the interactions between power both hard and soft.

Brazil has become a major diplomatic player without the show of military force, and through involvement in international initiatives on peace, development and sustainability. Moreover, Brazil’s success in drastically improving the lives of millions of its own citizens, presents an attractive model for other developing countries. This image creates a “Brazilian Ideal” – the notion that Brazil understands the correct approach – which increases the country’s credibility in diplomatic arenas. The power of Brazil’s ideas and image have now been enhanced by the country’s rise to the world’s sixth largest economy.

Joseph Nye defines soft power as the ability of a state to influence the actions of others through favor rather than force. A state’s culture, international image and economic philosophy all contribute to its ability to win over the favor of others. Hard power on the other hand, consists of military and economic clout: resources that influence other states through fear or economic cooptation.

Soft and hard power may be quite different in appearance, yet their use directly affects one another. The use of hard power may buy allies and deter enemies, but it does not always give a favorable impression of the state that employs it – hence reducing that state's soft power. But at the same time, the use of hard economic power can help spread softer cultural images through mass media and the entertainment industry.

In most cases, a state’s hard power provides an outlet to effectively project its soft power. With access to a foreign market, a state can sell its cultural products to others. In Brazil, however, we find the opposite to be true.

Brazil has been a soft power country since the beginning of the 20th century, maintaining a vocal role in promoting cooperative agreements on economic development and non-interventionism. But over the last decade, Brazil’s increasing hard economic power has given meaning to its soft power ideals. Beyond espousing an alternative development model, Brazil has put one into practice and seen direct benefits. The idea that these successes can be replicated in other developing countries under different circumstances gives Brazil a lot of power in negotiating with these states.

As a global power, Brazil prioritizes cooperative agreements based on development and maintaining peace to build a soft image, while engaging in robust trade diplomacy to expand the country’s hard economic power.

Since the presidency of Lula da Silva, Brazil has become a major donor country – spearheading agreements at the UN to end hunger, eradicate HIV/AIDS, ensure sustainable development and provide disaster relief. Simultaneously, they have expanded trade with all major regions of the world – diversifying their export market and solidifying relations with traditional partners.

In 2003, Lula re-asserted Brazil’s foreign policy with a humanitarian focus, mandating Article 4 of the Brazilian constitution: “the international relations of the federative Republic of Brazil are governed…by cooperation among peoples for the progress of mankind.”

Near the beginning of his presidency, in 2005, Brazil’s international assistance totaled $153mn. By the end, in 2010, some estimates put combined contributions from direct aid and technical assistance at around $4bn– a 26-fold increase in five years. Additionally, Brazil contributed around $10bn to international aid organizations such as the IMF, World Bank, and other UN programs.

As a donor country, Brazil is unique, straddling the traditional western approach and the Chinese model. Unlike, western donors and the IMF, Brazil does not attach conditional policy objectives to assistance. But Brazil also differs from China, which gives billions in unconditional loans in exchange for resource concessions. Brazil does not require conditions or Chinese style concessions. Brazilian aid focuses mostly on food security, sustainable energy and disease eradication through technical assistance programs. Chinese aid, by contrast, tends to prioritize infrastructure projects essential to resource extraction through direct loans.

Brazil is an international donor by experience, rather than capital. Though, the government grants hundreds of millions in loans to developing countries, the majority of its resources go towards technical assistance programs, which seek to improve existing local initiatives and inspire new ones. Brazil uses its own Zero Hunger Program, which reduced malnutrition by 73% and infant mortality by 45%, as a model to promote food security in Africa. The government helps provide expertise for South Africa’s “Food for All Campaign” and has given rise to similar programs in Niger. Brazil has also shared its experience developing biofuel technology with developing countries, significantly increasing African production. Through technical assistance, Brazil reduces the costs of researching improvements in aid implementation, while increasing the efficient use of funds in current projects.

While China’s trade diplomacy in the developing world has focused on securing access to strategic resources, Brazil is a net exporter of many of those resources. Hence Brazil’s trade diplomacy has focused on gaining access to markets for Brazilian products and investments in expanding Brazilian companies operating in the region. By and large, Brazilian companies hire a greater percentage of their employees from Africa, whilst many Chinese ventures are staffed with majority foreign workers.

Article 6 of the Brazilian constitution declares that “health is a right of all and a duty of the state, guaranteed through social and economic measures.” Brazil has taken this article global, funding vaccinations, HIV prevention and other health related programs throughout the developing world. Brazil provides knowledge from its own HIV prevention campaign to African countries and has funded the distribution of condoms and anti-retroviral drugs. In addition Brazil funds research on sickle cell in Ghana and has created an extensive milk bank network to distribute breast milk to undernourished infants.

As China, India and the developed world vie for influence and resources in Africa, Brazil benefits from strong cultural connections with the continent. Brazil contains the largest number of people of African descent outside of Africa – and is only surpassed by Nigeria. Mozambique, Angola, Guinea-Bissau, Cape Verde and Sao Tome and Principe were once Portuguese colonies and continue to use Portuguese as the official language. These connections allow Brazil to export its Telenovelas, displaying images of the Brazilian lifestyle to a wider audience, in the same way that US television and movies portray life in the US.

In 2011, trade with Africa reached $27.6bn up from $4.3bn in 2002. Brazil exported food and manufactured goods such as vehicles and aircraft and imported petrochemicals and minerals from the region.

Brazilian Business in Africa is booming as new companies move in. The growing African market, fueled by the region’s own rise, has provided a testing ground for the internationalization of Brazilian firms. Construction company Odebrecht is now one of the largest employers in Angola and Brazilian Mining Giant Vale has begun construction on a $6bn coal mine in Mozambique. Other developments include a fiber optic cable from Rio to West Africa and non-stop flights from São Paolo to Addis Abba in Ethiopia.

Diplomacy has expanded along with economic and cultural inroads. President Lula da Silva doubled the number of embassies in Africa to 36, touring 25 African countries on 12 separate diplomatic missions. But Brazil still lags behind the US with 50 embassies and China with 42. Moreover, China, the US and EU conduct around five, four and three times more trade with Africa respectively than Brazil.

In a press conference, the Minister of Exterior Relations, Antonio Patriota, outlined some principles from the doctrine of “Responsibility while Protecting.”

2.       The use of force must produce as little violence and instability as possible.

3.       Enhanced Council procedures are needed to monitor and assess the manner in which resolutions are interpreted and implemented to ensure responsibility while protecting.

The third principle of an “Enhanced Council” would seek to ensure that states abided by the first two principles.

But their critique of interventionism is almost contradictory, given their ongoing bid for a spot on the UN Security Council. How can a member of the global police force claim to despise policing? Perhaps their petition will encourage better, more responsible policing.

Brazil’s rise as a world power of culture, diplomacy, trade and aid blends distinctions between soft and hard power and may represent a more responsible approach to global governance. Drawing on its constitution and founding principles, Brazilian foreign policy seeks to ensure order and progress by example and personal experience, rather than military might and capital alone.