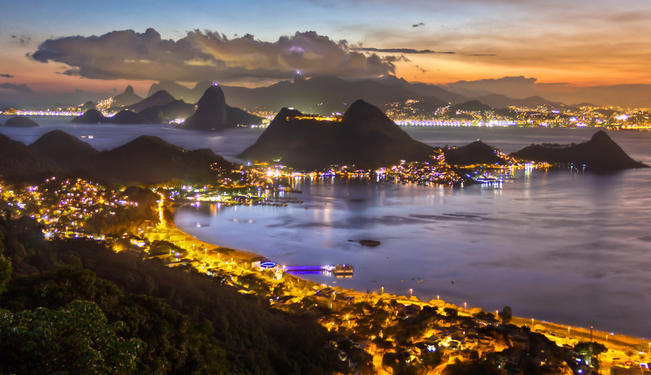 Brazil has captured a decade of steady export growth within an emergent middle class, strengthening the domestic economy and protecting its people from stagnation in Europe and the US, as well as from the slowdown in China and India.

In the midst of a slowdown, Brazil’s economy defies its own history. Since the 16th century Portuguese settlers began harvesting Brazilwood from its coastal forests, Brazil’s economy grew rapidly in a series of agricultural and mining bonanzas, but fell far when global demand for those goods shifted. A small class of wealthy elite accumulated capital and then lost it all at once during long bust cycles. Meanwhile, the ranks of the poor grew in numbers only and the middle class remained relatively small.

But even as the slowdown in today’s global economy reduces demand for Brazilian goods, the country’s economy remains resilient. Though GDP growth has come to a standstill and stocks have fallen, employment remains strong, wages continue to rise and Brazilian consumers remain confident. Slower expansion in Asia and continued stagnation in Europe and the US has yet to disrupt the samba beat leading Brazil’s strong domestic economy forward.

Resilience and the Middle Class

Brazil’s resilience in the face of slow economic growth and world financial woes can be explained by the nation’s booming middle class. Since 2002, forty million Brazilians joined a middle-class which saw its income rise by 40%. Huge influxes of people with greater access to resources have introduced an entirely new class of spenders into the Brazilian economy. Now an estimated 100mn Brazilians earn a monthly income of $145 to $510. Combined, their spending injects around $500bn into the Brazilian economy every year. It would be equivalent if the entire population of Argentina had decided to buy all of its yearly necessities in Brazil.

Many experts feared that Brazil’s export oriented growth, which favors agriculture and mining, would become unsustainable amid falling demand for Brazilian goods in the rest of the world. But over the last ten years, progressive policies captured a significant amount of that export wealth. Government spending and higher wages caused the accumulation of capital within a large segment of the population with a high tendency to spend it at home in Brazil. The middle class keeps export gains in the domestic economy, as its members demand more and higher quality goods and services. With falling demand for Brazilian exports abroad and commodity prices down, the emergent middle class acts as a cushion, generating steady economic activity and preventing high spikes in unemployment.

Since 1995, annual federal spending on social programs has more than doubled to $315bn and the minimum wage has risen by 60%. Social programs range from stipends to families with children in school, to technical support and credit for small enterprises. They reflect an effective and tangible distribution of resources to Brazil’s less fortunate. Back in 2002, 83 million or 48% of Brazilians were classified as poor. By 2011, that number had fallen to 55mn – 28% of the population.

Despite middle class expansion, tens of millions of Brazilians still earn less than $2 a day. Moreover, 46% of the new middle class lives primarily in southern Brazil, leaving the northeast and the interior with much higher levels of poverty. In rural areas, over half the population still lives in poverty, compared with about one fifth in the cities. Poverty in the northeast affects about one third of the population.

This geographic inequality is a huge problem, given that 36mn Brazilians live in the countryside and 50mn reside in the nine poverty stricken northeast states. Fortunately, both places are seeing significant attention from the government, revealing huge opportunities for growth.

The placement of the northeast, near the Panama Canal has made the area a major shipping hub. Continued investment in the region’s ports has expanded shipping capacity, creating millions of new direct and indirect job opportunities. With crowded job markets in the south, many are now migrating north in search of employment.

Meanwhile, the government has also targeted rural areas with a series of programs that seek to improve access to markets and technical assistance and financial services for small farmers. The strategy is designed to better connect Brazil’s “family farms” with the more than $80bn in annual agricultural export revenues. Small land owners account for 84% of farming in Brazil and employ three quarters of the rural labor force. The government seeks to use agriculture as a direct tool for their social mobility.

Huge improvements continue, but under the burden of a high cost of doing business, which manifests in less economic activity and hence a smaller portion of revenue available to augment wages. “The Brazil Cost,” as it is known, results from poor infrastructure, high tax burdens and administrative inefficiencies. These issues increase the time and money it takes for merchants to get their products to the market, the cost of establishing access to basic utility services and the number of legal hurdles it takes to create a new business.

In light of this obstacle, President Dilma Rousseff announced an initiative to make “competitiveness the new pillar” of Brazil’s economy. She plans to increase the rate of loan disbursements by 8% and reduce electricity costs for industry by 28%, while making massive improvements in the country’s transportation infrastructure. Other measures will help restructure the tax code and reduce bureaucratic regulation to foster a more business friendly environment.

Though race and gender inequality continue to plague Brazilian society, the benefits from over a decade of steady economic growth have been shared much more equally. Of the estimated 40mn new additions to the middle class, 70% or 28mn identify as afro-Brazilian: an ethnic group composing 51% of the Brazilian population.

Income and participation in the labor force had always been much lower for women than men. But over the last ten years, income for women has risen by 38%, twice as fast as the 16% growth among men. Similarly, female participation in the labor force has grown by 14.9% since 1990, reaching 59.4% or about 70% of the male rate, which remained constant over the same period.

Middle Class in the Mainstream

New cultural images in the media highlight the rise of the middle class into the mainstream of Brazilian society. Soap Operas, which usually portray the excessive lifestyles of Brazil’s upper class or the desperation of the urban poor, now incorporate a middle class suburban experience. The first of its kind, Avenida Brasil, which airs on Globo TV, depicts a family living in a quiet suburb outside of Rio de Janeiro. This new show reflects the power that the middle class exerts on the entertainment industry, which is responding to their greater market presence. The middle class has been a boon to Globo TV, making it the world’s second largest television network, surpassed only by ABC.

Throughout the 20th century, high inflation made the Brazilian currency extremely weak internationally. In the last two decades, a combination of responsible monetary policy and a clever shift to a more stable version of the old currency has greatly strengthened the Brazilian real. New found currency strength and higher incomes have raised an army of Brazilian tourists, with a preference for shopping abroad.

Brazilian tourists spend $43mn every day, and in 2010, they injected nearly $6bn into the US economy. With fewer travelers at home, this huge expansion has helped the US tourism industry survive the global recession.

Though economic growth slowed to 0.4% in the second quarter of 2012, as demand for Brazilian exports fell 3.9% and industrial growth came to a standstill, domestic consumer spending has insulated the Brazilian economy from a bust. Middle class consumption has kept unemployment low and may prove to be a solid foundation over the possible turbulence in this decade. The way in which this growing segment of society matures, will test the potential of the Brazilian economy as a whole.

For Brazil to reach a higher level of development, the middle class must continue to grow and their wages must rise further still. Whether the previous decade of steady middle class expansion reflects a short-lived commodity boom remains to be seen. So far, in nearly two years of slower than normal export growth, the middle class has maintained a healthy domestic economy. It will be interesting to see how long this middle class stimulus endures.