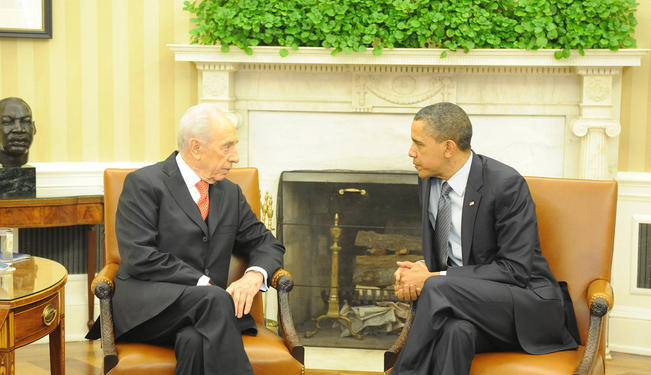 As political realities in the Middle East shift, the United States must redefine its relationship with Israel or risk losing strategic influence in the region.

It has been just over a week since the Israel-Hamas ceasefire ended Israel’s eight-day Operation Pillar of Defense in the Gaza Strip. As the fog of war recedes, two issues have become uniquely apparent. The first is that US news coverage of the conflict was weighted towards Israel. Considerable time was given to Israeli lawmakers, spokesman, and military representatives with little or no time given to Palestinian lawmakers, the people of Gaza, or Arab Israelis. Secondly, and probably because of the former, 60% of Americans sided with Israel during the conflict.

Sympathy for Israel remains a reflection of US perceptions of the Middle East for arguably two reasons. Firstly, most Americans see something of themselves in the perseverance of a country that has defied robust odds in such a hostile environment. Second and more instinctively, after 9/11, the wars in Iraq and Afghanistan, and continued terrorist threats, support for Israel seems like a tacit victory against Arab or Muslim antagonists. However, these are perceptions and should not be the drivers of policy in a region of shifting power dynamics. Now is the time to redefine and challenge the existing US-Israel relationship.

The  Dilemma of the “Jewish State”

On November 15, 2012, the US Senate passed  Resolution 599, “expressing vigorous support and unwavering commitment to the welfare, security, and survival of the State of Israel as a Jewish and democratic state.” Herein lies the paradox and one which Americans valuing secular and pluralistic principles should recognize. Israel is not solely a Jewish state. At least 20% of Israelis are Arab-Israeli citizens, with another 4% comprised of Druze, Christians, and other minorities.

Israeli lawmakers and lobbyists have become relentlessly efficient at demagoguing Israel’s non-Jewish demographics to the American public. This supports the narrative and discourse for an exclusive Jewish state, which in turn allows conservative Israeli politicians to always claim legitimate self-defense at any provocation. All the while, settlement expansion and land theft continue in the West Bank and East Jerusalem, and the blockade of Gaza has entered its sixth year.

Eventually, both demographics and external relations will overtake and shift the political archetype for American lawmakers and the relationship with Israel. An enormous volume of work, both academic and editorial, has addressed the “demographic time-bomb” within Israel. While estimates vary, it has been forecast that at some stage, either the Arab-Israeli population will equal that of the Jewish population or eventually over take it.

While these numbers have been disputed, the irrefutable fact is that the non-Jewish population in Israel will continue to grow. At some stage Israel will have to either adjust its domestic and foreign policies or treat almost a quarter of their population as a “fifth column,” which will inevitably lead to a de facto state of apartheid. Should the American commitment to a Jewish state remain unwavering if this is the unavoidable outcome to changing demographics?

Prior to the events surrounding the Arab Uprisings, the engines of US foreign policy could always rely on countries such as Egypt and Turkey to play an active role in mediating conflicts with Israel. While the recent conflict in the Gaza Strip was, in part, mediated by Egypt, the atmospherics are not favoring détente with Israel.

As a new generation of Arabs assume power, there will be an inescapable desire to challenge the status quo. This appetite for change has become apparent not only with the growth of Islamism but also with the accessibility of information and the cogency of youth, many of whom view policies on Israel as the vestiges of disposed dictators. Israel’s isolation is already evident. In addition to a European academic boycott, only two of the seven Arab embassies remain open in Tel Aviv.

Naturally, these shifts put US foreign policy in the Middle East in a precarious position. If the US fails to bring Israel back to negotiations and continues to provide uninterrupted military support to Israel, then it remains entirely possible that some Arab states will attempt to reevaluate relations with the US. This could include the termination of arms purchases, the rejection of aid packages, and the closure of bases — all of which the US uses as part of its wider strategic agenda in the region.

If Arab nations begin refusing US aid and arms, the US will have no leverage to ensure that those countries continue to rotate in its sphere of influence. China and Russia can act as an immediate stopgap to countries needing development, military, and financial assistance. Unfortunately, this will irreparably damage the strategic security portfolio of the US, in addition to hindering economic recovery domestically.

Of course, rejection of US assistance might not be the most prudent policy for certain Arab countries, but the Arab Uprisings have proven that no political class is safe from the ire of the streets. If pushed on relations with Israel, Arab leaders will inherently react in their own self-interest.

None of this is to imply that Israel does not have a right to self-defense. The firing of rockets into Israel is contemptible; however, the artistry of the Israeli media strategy has been to convince the American public that the Palestinians, in turn, have no legitimate right to self-defense. This misrepresentation has been constantly exploited by US lawmakers to justify the continued isolation of Gaza.

In one recent example, House Representative Eric Cantor wrote in a CNN editorial, “Hamas exploits their own citizens as human shields, locating rocket stockpiles in populations centers.” The unspoken fact is that the Gaza Strip is only 139 square miles with a population of 1.7 million people. Any location of military hardware will likely be close to a population center. This inauspicious tactical reality should not justify the indiscriminate targeting of civilian populations.

The US is likely to damage its long-term prospects for successful foreign policy in the Middle East by trying to maintain the moral or ethical meridian while supporting Israel’s continued and disproportionate use of force. The current US policy on Israel also reinforces the general and often baseless perception that the United States can only project power through threats of force, which has regrettably become anachronistic in the Middle East.

So what can the US do to ensure that its foreign policy objectives are achieved, while also safeguarding Israel’s security?

Hamas and the Negotiating Table

For starters, the US should recognize that the political leaders of Hamas are the elected representatives of Gaza. Believing that the Palestinian Authority will somehow become the main negotiator for Gaza is uniquely misguided.

A probationary recognition of the political wing of Hamas would not only demonstrate good will towards Palestinians, but also align the policy interests of Egypt, Turkey, Qatar, and Jordan with the US. This move would give Hamas an incentive to engage in sustainable security frameworks, maintained by the US as a process for negotiations with Israel. Alignment with Egyptian policy will also encourage the Egyptian military to root out terror networks in the Sinai Peninsula and close the smuggling tunnels into Gaza.  This will temper hard-line rhetoric and guarantee that Egypt does not attempt to revoke its peace treaty with Israel.

Additionally, both sides must be brought back to the negotiating table, and all factions and subdivisions within Hamas must acknowledge Israel’s right to exist. These goals can be achieved if the US acknowledges that it will withhold aid and assistance to both sides should they fail to meet their obligations.

The Department of State’s proposed spending plan for fiscal year 2013 allocates a crucial $30.8 million in humanitarian assistance to the West Bank and Gaza, and the US administration has requested $3.1 billion in Foreign Military Financing to Israel for the same period. If neither side is willing to negotiate, this funding should be revoked. International funding for aid and weapons has enabled both sides to sustain the conflict indefinitely.

There are no easy solutions to the conflict between Israel and Hamas. There are only hard choices. These choices must come from a realignment of US foreign policy objectives to the contemporary political realities in the Middle East. If not, the outcome will be failure.

The total arc of US strategy in the Middle East must be pragmatic and incorporate countries like Qatar, Egypt, Jordan, and Turkey. Such a strategy is unlikely as long as US policy remains inflexible regarding Israel and its policies for the West Bank and Gaza. The US must be firm with Israel while also maintaining its commitments to their security. The US can achieve this balance without kowtowing to a government whose Interior Minister publicly advocates, “[sending] Gaza back to the Middle Ages.” This is not the message the US government should be supporting as it seeks to rebuild its image in the Middle East.