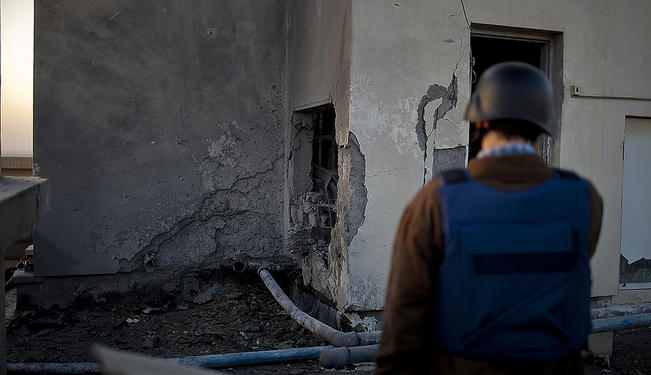 Israeli teenagers living within 50 km of the Gaza frontier have lived all their lives rushing into bomb shelters at a moment's notice.

I am a retired Israeli diplomat living in Jerusalem and I have a strong feeling of déjà vu. Periodically over the last few years the Hamas and Islamic Jihad terrorists have lobbed missiles into Israeli towns, villages and farmhouses, terrorizing the inhabitants and trying to goad Israel into a response.

Because these Hamas attacks do not make headlines overseas, few people outside Israel know or care. But many Israeli teenagers living within 50 km of the Gaza frontier have lived all their lives rushing into bomb shelters at a moment's notice, with usually only a minute or less between the warning siren and the explosion that can happen anywhere. Europeans, Americans, Australians or the Chinese children do not live under such terror. They cannot imagine what it must be like.

When Israel finally hits back, as we have seen, it is tough and efficient. But it does not end the problem.

The question is simple: Will the Palestinians listen to their leader President Abu Mazen (Mahmoud Abbas) who said recently on Israel TV that what is needed is a peace agreement with Israel. Abu Mazen's opponents in Gaza, the Hamas terrorists, are backed and armed by Iran which does not want to see any peace with Israel.

In fact there are two Palestinian governments today – one moderate and sane, the other fanatic and bloodthirsty.

To my mind, Abu Mazen should not be stopped from going to the UN to seek some upgrading of status. The Hamas are against this, so is Iran, and to my regret so is the present Israeli government. But democratic Israeli elections are due in early 2013 and maybe we shall have an alternative leadership elected.

If and when Abu Mazen gets his majority vote in the UN General Assembly which is probable, no Arab refugee can any longer claim a "right of return" into Israel, as he already will have a state of Palestine and a homeland. Let Abu Mazen absorb them all with UN assistance.

Hamas too will have absolutely no justification to oppose this upgrading of Palestine. Not unless it wants to fight Israel, which will then be free under international law to defend itself as it can indeed.

Hopefully current political contacts in Cairo and Europe will consider a long-term solution that will restore tranquility to the region. That is if the Hamas fanatics are tied down with sufficient international rope.

Ambassador (ret.) David Zohar served for 40 years as an Israeli diplomat in Nepal, India, USA, Norway, Egypt, the Gulf and at the United Nations in New York. He speaks Hebrew, Arabic, English and French.

*[This article was originally published by Your Middle East].