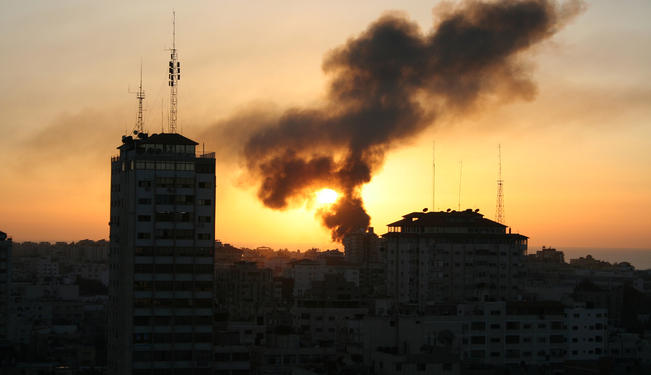 The densely-populated and largely-impoverished Gaza Strip has clashed with neighboring Israel since Israeli soldiers and settlers withdrew from the territory in 2005. This month has seen the fiercest fighting between Israel and Hamas in nearly four years.