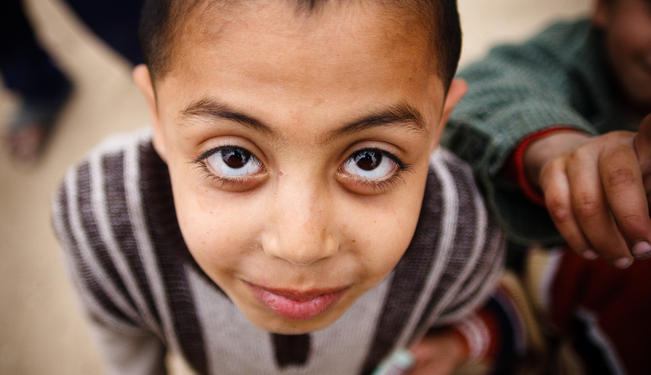 Zahid Rehman of Human Appeal International, gives a personal account of his experiences in Gaza this past week.

I’m currently sitting here in my hotel lobby, situated in the heart of the Gaza Strip. The sounds of racing ambulances and fire engines echo through the night as does the frequent blasts from F16s and unmanned drones. The constant humming of the drones and aircrafts above, pre-occupy the mind. I wait in fear of hearing the next blast. To the right of me is the Mediterranean sea, ordinarily a haven for holiday goers, but tonight it brings with it two Israeli warships. Bombs and fierce explosions rip through the streets and our hotel has had its foundations shaken to its core, leaving us in total darkness several times.

This experience started earlier in the day. We were visiting a Human Appeal farm, where the locals are trained in agricultural skills, given jobs and are able to cultivate crop and rear livestock. This is a beacon of hope for those living in wooden shacks a few meters from the farm. Only two days prior, we had 100 orphans sharing lunch with us and playing games on the green grass but now we face chaos and calamity. Around 4pm in the afternoon, without warning, two bombs landed 300meters from where we were standing, hitting a residential area in front of us. This was the start of systematic shelling, spanning across all of Gaza.

What was supposed to be an uplifting visit to some of our projects has now become a dangerous game of hide and seek. Those who are found are either bombed, injured or killed.

I know that I will leave and return to the United Kingdom but these people have no way out. Unprepared and in a state of shock, I’m confused and overwhelmed by a sense of guilt. Why can such precious life be so frivolously lost? All I know is that these people, some of the most generous and welcoming I’ve ever met, desperately need our help.

*[Note: This article was written before the current ceasefire was announced].