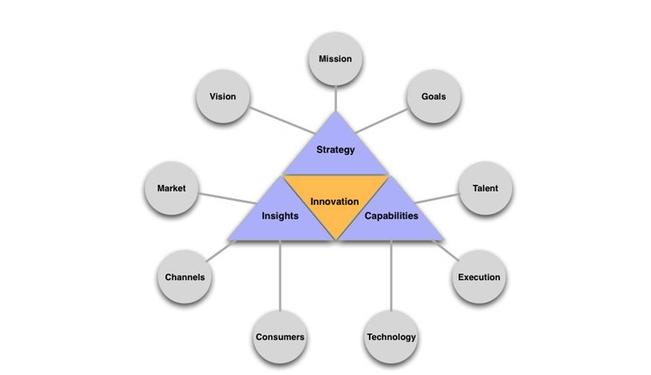 Innovation and entrepreneurship are two inextricably linked topics that have formed the modern day world as we now know it.

Innovation is a misunderstood word. So-called experts usually give it a vague, aspirational definition in the sense of “fresh thinking that creates value”. We are asked to believe that the term “innovative” is synonymous with “new” or “novel”.

After having been to a few conferences on innovation, I have come away with the impression that these experts consider the hula hoop, cabbage patch doll or the pet rock (remember them), as much an innovation as Sir Alexander Fleming’s discovery of penicillin, Thomas Edison’s invention of the light bulb, the Wright brothers’ flying machine or Alan Turing’s “computing machine”.

The failure to acknowledge this basic difference is symptomatic of our confused fascination, nay obsession, with innovation. An unbiased look at innovation would contend that society views it the same way that biology views mutation. Innovation is the process by which an idea or invention is transformed, in other words mutated, into goods or services for which people will pay.

True innovation is what separates the hula hoop from Leonardo da Vinci’s mobile cannon. Innovations serve as a catalyst to unexplored opportunities across all spheres of society, lighting a beacon for entrepreneurs. Without the evolution of the light bulb to the electric car, the internal combustion engine to the flying machine, the integrated circuit to the mobile phone, and the sonnet to the sonata, our lives would be quite different. It is innovation which is the fundamental underpinning and lifeblood of entrepreneurship.

An entrepreneur is always an innovator; an innovator may or may not be an entrepreneur. Entrepreneurs create jobs, energize innovation, grow economies and create wealth. The word “entrepreneur” did not exist in the English language until around 30 years ago. When many like me started our first companies around that time, we had no clue that we were entrepreneurs; we were just people who had ideas and wanted to convert them into a business.

Not everyone is, or can be, an entrepreneur. Entrepreneurs are endowed with what I call the “entrepreneurial gene”, or more appropriately "entrepreneurial virus". My anecdotal, unscientific research shows that it infects around 3-4% of the world’s population. It is gender, ethnicity, race, skin color and religion agnostic – most importantly, it is not inherited.

It all Depends on the Circumstances

Then why is the level of entrepreneurial endeavor different in different countries, regions and cultures? You either have the virus or you don’t, however, the surrounding conditions can let it flourish or suppress it. The spirit of innovation and entrepreneurship can be suppressed by the three factors: environment, cultural pressure and traditions, and most importantly – government.

Government can both help and impede. Entrepreneurs and investors need basic rules and regulations like those established by GAAP and the IRS to create standards of operation, reporting and financial disclosure. Oversight from institutions like the SEC is essential to maintain the integrity of the financial disclosure system. Also, entrepreneurship can be encouraged with start-up assistance from governmental agencies like the SBA in the US, or IIPL in Singapore.

Even more importantly, entrepreneurs and investors need to be able to “exit”. Without the opportunity to get a return on their equity (both sweat and financial) via an exit, there can be no incentive to take risk and shoot for the stars, while constantly facing the specter of failure. It is only government that can establish and regulate non-fraudulent opportunities for IPOs, sales, mergers, and other forms of exits. All of these wealth creation opportunities require stable and liquid financial markets, reliable and open banking systems, and free stock markets. And finally, entrepreneurs need the rule of law under which they can predictably and reliably create, register and operate their businesses. An efficient court system is essential to preserving the sanctity of contracts and financial covenants, while also providing methods of redress to correct wrongful actions.

While government is needed to set up the mechanisms to allow a thriving startup landscape, subsequently it needs to step back. Many countries are saddled with mind numbing regulations that make it difficult to start, run and operate businesses. Additionally, their courts fail in rectifying blatant wrongdoings and contractual defaults in a timely manner. And then of course there is endemic corruption in many emerging markets.

Culture as an Impeding Factor

Government is certainly an important factor in encouraging or suppressing entrepreneurship, but environment and cultural traditions can sometimes play an even bigger role.

Throughout modern history, the entrepreneurs came to the rescue when the world was in trouble. During the Industrial Revolution of the 19th century, legendary entrepreneurs ignited economic growth in the West. Risk takers, game changers, innovators such as Nicola Tesla, Alexander Graham Bell, Henry Ford and Cyrus McCormick fueled their startup ventures with far reaching ideas. Following their dreams of wealth, success and personal fulfillment, these entrepreneurs of the 19th century mirror their modern counterparts.

Similarly, after the end of World War II when global economies were in doldrums, another renaissance was led by entrepreneurs. These legends in their own time – like Steve Jobs with Apple, Bill Gates with Microsoft, Sam Walton with Wal-Mart, Fred Smith with FedEx, and Ted Turner with CNN – transformed our economy and quality of life, and arguably even helped bring down the Iron Curtain.

Even now in the 21st century, entrepreneurs are continuing to change our lives. Sergey Brin, Larry Page and Google, Jack Dorsey and Twitter, Chad Hurly, Steve Chen and YouTube, Drew Houston and Dropbox, are just a small sampling of entrepreneurs, who are implementing game changing innovations. These legends in the making are transforming the way we work, live and entertain ourselves – and even help change governments and depose dictators.