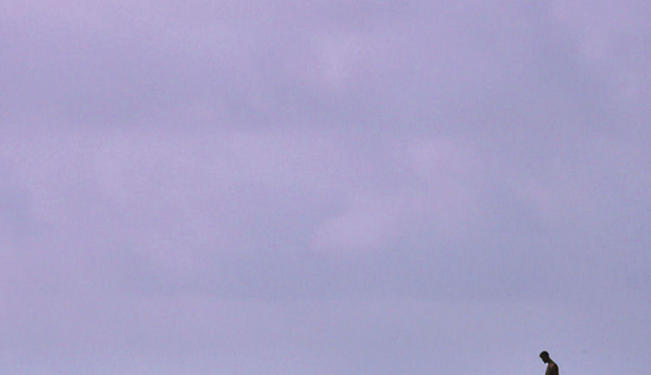 Insight on the environment for entrepreneurs in India.

An entrepreneur in India, referred to as Kishore, sat down for a meeting with the patriarch of an industrial house in Chennai, with whose US-educated son he had already had several meetings, and who was ostensibly managing the family wealth. The son was excited about the value of the infrastructure-focused IT services start-up that Kishore was pitching.

Both infrastructure and IT are booming sectors in India and the start-up surely had much promise as an investment.

About 15 minutes and just a couple of questions later, the patriarch lost interest in the discussion, began to pay more attention to the television, and encouraged Kishore to have his tea. That was the end of the conversation – with no feedback, and almost no rigorous analysis at any stage. Neither the son nor the father had engaged at a truly strategic level with the idea.

This is an example of one of the most active funding alternatives in the Indian entrepreneurship sector – the family fund. Firms that are ostensibly venture capitalist are for the most part private equity companies willing to make small investments. The appetite for the risk associated with investing in a true startup with a new business model or technology is hard to find. However the third category – the large institutional investor – is flourishing in India. Their mandates allow them to invest in well established and cash rich sectors only.

Some of the well-known American venture capital firms have established a presence in India, and their commitment to the Indian market is easy to ascertain. Firms like Draper Fisher Jurvetson (DFJ) merely have a team of two people in India. Hence, any investment proposals that are being considered need to be approved by the mother ship back in California. This reduces the autonomy and the decision-making capacity of the people who have a real feel for the Indian market. This is reflected in their portfolio, which is closely aligned with DFJ’s traditional investments in online ventures. On the other hand, firms like Sequoia have made a substantial commitment to the Indian market with a second Indian fund believed to be worth $1.4bn. This comes with increased autonomy for the India-based team. Unfortunately, firms like Sequoia are rare.

Like the heady ‘dot com’ days of the late 1990s, there is a fair amount of capital available in India as long as your startup’s business idea categorically falls into one of the booming sectors like IT services. The most prosperous sectors include IT, consulting, software development, infrastructure and construction, and life sciences. The emerging sector is mobile services and technologies. For a fund to be taken seriously, it needs to have investments in these sectors.

Where are the Entrepreneurs?

Historically, entrepreneurship in India has been passive due to a combination of onerous regulations, the lack of funding, and a dearth of skills. Significant improvement continues to be made on all of these fronts. The process of liberalization started in the early 1990s has made it cheaper, faster, and simpler to start a new company. However, India still ranks 133th in the world when measured by the number of days required to start a company. This, coupled with rampant corruption, deters technologists from becoming the main thrust of the Indian entrepreneurship story.

In the US, and to some extent in the UK, technology institutes have been the breeding ground for cutting edge startups in IT and life sciences. This is because scientists and engineers can continue to practice their craft even when they move from academia to the process of establishing the startup, instead of getting bogged down in chasing business licenses.

As the number of entrepreneurs has increased after liberalization, the availability of funds has also increased. This has created a self-reinforcing cycle that is further enabled by macroeconomic growth. The number of funds and their maturity should continue to improve as long as India maintains its economic growth.

As more stories of self-made millionaires enter the Indian mainstream, the number of engineers and scientists graduating from Indian colleges are also increasing. Higher studies in fundamental sciences were often seen as a path to a degree rather than a skill. The risk-averse culture that led the brightest students to get degrees in engineering or medicine is gradually changing. This is an acknowledgment of the development of the broader eco-system that allows for graduates in English to work as editors at one of the new glossy magazines.

In essence, entrepreneurship in India is at a critical stage of its development. The symbiotic relationship between funding institutions and entrepreneurs is providing the key building block for what promises to be a vibrant segment of the Indian economy. However, there are many potential potholes down the road. Continued easing of regulations, improving money supply through the loosening of capital controls, and increased rupee convertibility will be critical for nurturing this sector in the short-term. In the long-term, however, improvements in the education system, especially at the primary and secondary levels to improve critical thinking skills, will be important to sustain technology-based innovation.