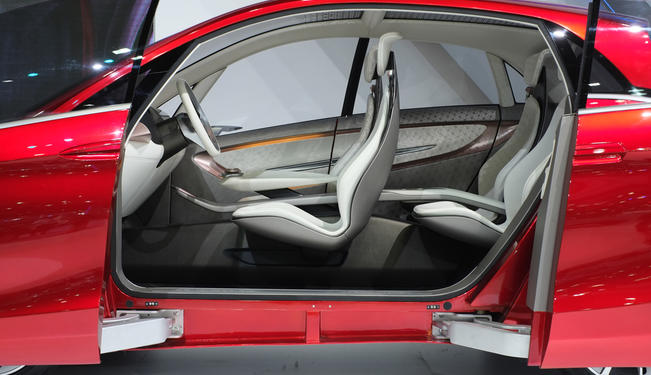 Indian entrepreneurs are selling more cars in China than the Chinese.

As China and India continue to show some of the world’s fastest GDP growth rates, both are also undergoing huge demographic changes. In some ways, there are similarities between the two, yet in others, completely opposite positions exist. Understanding these subtleties is key to working out where future innovation, talent and growth will come from.

In terms of similarities, it is interesting to note that 20 years ago, the average age of a worker in China was 23. That is now the age of the average worker in India today, while the average age of a worker in China has risen to 37. So India’s current young, dynamic, and maybe somewhat undisciplined, workforce is at the same age and in similar numbers to China’s 20 years ago; the very same demographics that propelled China from 11th position in global GDP rankings 20 years ago, to the 2nd spot today behind only the United States.

While India may be 15 years behind China in its infrastructure development, it has now inherited that worker demographic dividend. Given the right set of policies, India should start to rise along similar growth curves that China has shown over the past two decades.

Also 20 years ago, in China, over 60 percent of the country’s workforce was employed by massive state-owned enterprises (SOEs). At the time, many of these SOEs were unprofitable behemoths pouring out shoddy products with employees given little incentive to change under the iron rice bowl system. China modified that system and relaxed labor laws, making it easier to offload working staff. Although labor laws were re-tightened a couple of years ago as China’s workforce aged and the state needed to protect pensions and employment, the effect was a reduction in the number of Chinese workers employed by SOEs to around 20 percent today. China, in effect, has a huge latent entrepreneurial class.

But there are problems. While much of the work force has been shed from China’s SOEs – the state’s funding of them has not caught up. China’s banks continue to pour billions of dollars into its SOEs, and are likely to continue to do so as many government officials are far from impartial when it comes to their financial involvement in these same companies. That is bad news for that group of potential Chinese entrepreneurs – they are denied access to funds.

Indicative of this is the situation concerning China’s mainland stock markets. On both the Shanghai and Shenzhen bourses, 90 percent of the listed companies are either partially or wholly state owned. Private entrepreneurship in China is still unofficially discouraged by means of denying them access to funds. China’s SOEs – and the officials who control them – certainly don’t want domestic competition springing up to challenge this cozy relationship between banks and state owned companies. Why would they?

Dealing with this is probably the toughest part of Xi Jinping’s mandate over the next 10 years. China needs economic reform to get the state-owned enterprises off state funding and move them to being funded on a more competitive, financial market model. If that doesn’t happen – and I suspect we’ll know within the next five years whether he will succeed or not – China’s bubble will very quickly start to deflate.

Business therefore, in China, is politicized. This has been aptly demonstrated on numerous occasions, especially against the Japanese. A diplomatic spat over some islands? China’s factories “forget” to process orders bound for Japan in certain strategic industries. Consumers are warned of buying Japanese products. China uses trade as a weapon, and Chinese businessmen, in order to succeed, need to know how to play by the rules set in China. Connections, subterfuge and opaqueness over who is really doing what, remains the best way to conceal illicit or dubious commercial behavior.

China as a university for learning how to develop as an international business is not a suitable environment from which to develop a bona fide multinational corporation. While China may be investing massive amounts overseas, much remains the preserve of the SOEs; of those, it is only Haier in my opinion that seems to have grasped the true nature of international business, ethics and transparency. If I am right, for China to have only developed one company to global standards of compliance is a very poor showing indeed.

Meanwhile, the thousands of potential entrepreneurs in China remain devoid of funding – in fact, many young people are now actively seeking careers back in China’s SOEs as they seek more protection and state assurances. This bodes ill for the ability for future generations being able to provide China with innovations that could turn it into a global leader. China as an innovator? Not unless the Chinese banks start to encourage and fund the nation’s entrepreneurs, and China gets its politics out of business.

Meanwhile, India sits in complete contrast. Looking at the Bombay Stock Exchange (Asia’s oldest) and the benchmark Sensex Index, one notes that 90 percent of Indian companies are owned and run by Indian entrepreneurs. The government, with the exception of key strategic industries, just does not get involved in commerce, and encourages its citizens instead to take the lead. The banking system — while like all could be somewhat more risk friendly — is not tethered to huge loans having to be made to state-owned giants and can, will, and does lend to small businesses and start-ups.

The top selling, most desirable autos in China right now? Either Land Rover or a Jaguar. Both owned by Tata, an Indian company. Volvo, purchased by China’s Geely, has yet to make even a dent in the domestic market. While it remains true that China sold more cars last year, most were produced and funded by the state. For an Indian company to break into that market, in China, would have been unheard of even five years ago. Yet, that is exactly what has happened. Jaguar and Land Rover sales increased in China by 48 percent in 2012 at some 77,000 units. While small in the grand scheme of things, that’s still an impressive figure for a luxury marque. Geely’s Volvo sales in China fell 11 percent in the same period to just 42,000 units. The bottom line message is this: once you strip out the Chinese state-owned monopolies, an Indian entrepreneur is doing a better job of selling cars in China than the Chinese can.

It’s a message I have been delivering over the past year across the United States and Europe. Meeting with city mayors, state governors and the occasional congressman, mindful of my 20 plus years in China they ask me: “Chris, please send us some Chinese investors!”

I tell them they’re looking at the wrong country. While China will invest in commodities, resources and infrastructure, the Indians will invest wherever they see a profit. It drives a different breed of business mentality – one that leads to a dynamic entrepreneurial class and, with an independent judiciary in India, one that knows if they run an opaque, corrupt or poor business that they will go under one way or another. Indian entrepreneurs, therefore, are buying into the global standards of transparency that the United States and Europe enforce. It is making them globally savvy – which is why Indian MNCs are now making serious inroads into global markets. There are numerous Indian MNCs operating worldwide to international standards, and they are being innovative and successful. Reliance, Infosys, Tata, Mittel — the list goes on.

India may be 15 years behind China in terms of what needs to be done in that country to get its infrastructure up to scratch. And yes, as the world’s largest democracy, and 1.3 billion people all wanting a say in decisions, progress can appear slow compared to China’s one party model. But in terms of developing an entrepreneurial class, and one that will in the future provide the innovative products that will shape our future world, my bet is firmly on the Indians to take that crown, and it is my belief that they are already significantly ahead of China in doing so.

*[Note: Chris Devonshire-Ellis is the Founder of Dezan Shira & Associates and Chairman of the firm's International Board of Equity Partners & Directors. This article was originally published by Asia Briefing.]