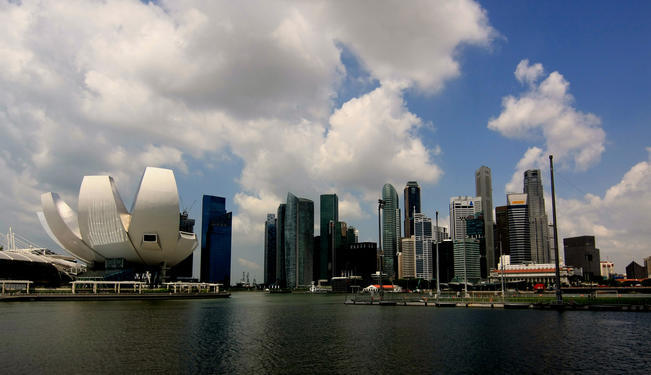 Singapore applies its multiculturalism and smart eye for business to new industries.

Recently, The Joyful Frog Digital Incubator (JFDI), a cheerleader of Singapore’s buzzing technology start-up scene, held its first demo day. Eleven companies from its first batch piled onto a nightclub stage in rock-band style, giving eight-minute long pitches in rapid succession to over a hundred investors. Among the potential investors were several Singapore government agencies, part of an intensive effort by Singapore to promote entrepreneurship.

The Singapore ethos is built on hard work combined with good economic governance. This is the secret sauce behind how a tiny island state went from a developing economy to one of the world’s richest in little more than a generation.

Meng Weng Wong, co-founder at JFDI describes the Singapore approach to entrepreneurship as coming around in a full circle. “In the 60s, Singapore was full of entrepreneurs, but they were hawkers and small-scale operators with a rural mindset. As the country became wealthier, a professional class of lawyers, accountants, doctors and government civil servants came up, and these were seen as more respectable and desirable professions. Entrepreneurship almost became a dirty word because it harked back to Singapore’s poor beginnings. But things have changed once again. The children of the professional classes, in particular, are being encouraged by both their parents and government to become entrepreneurs, but this time in the new world of internet and electronic commerce. This underpins the current start-up culture in Singapore.”

Saras Sarasvathy at the University of Washington has done extensive research on what makes entrepreneurs entrepreneurial, and her research can be distilled into a simple framework which she calls causal versus effectual reasoning. Causal reasoning, argues Sarasvathy, “begins with a pre-determined goal and a given set of means, and seeks to identify the optimal – fastest, cheapest and most efficient – alternative to achieve the given goal.” This approach is managerial not entrepreneurial.

“Effectual reasoning, however, does not begin with a specific goal. Instead, it begins with a given set of means and allows goals to emerge contingently over time from the varied imagination and diverse aspirations of the founders and the people they interact with.” This is the very essence of entrepreneurship.

For decades, Singapore Inc. was run through causal reasoning. The stated goal was to take this fledgling nation and catch up to the developed world as quickly as possible. The metrics were clear, in GDP, education, productivity, health and human development indices and others. It was imperative to see the best of what Europe and the US had done and replicate this in Singapore. The results were laudable. Singapore now has the third largest per capita GDP in the world.

Put another way, entrepreneurship was not a priority in the previous generation of talent, when being part of the knowledge economy as a professional was enough to ride the wave of wealth creation in Singapore. But that wave is no longer as powerful, given that the big productivity gains are done. The future belongs to effectual reasoning, which means entrepreneurial risk-taking. This is the only way to boost productivity looking ahead, and Singapore Inc. is heeding this message.

In a Southeast Asia where politics has often trumped economics and good governance, many entrepreneurs see Singapore as an oasis of calm. It is the place for wealthy entrepreneurs from across Asia to have a second home, and with a zero capital gains tax and a supremely welcoming investment climate, it ranks consistently among the very top places in the world to do business. On the flip side, the local market is not large, which makes scaling businesses beyond a point a challenge unless the strategy is to expand regionally. This leads to the chief lament that entrepreneurs look for quick and lucrative exits rather than dig in for the long haul and try and create a Singapore-bred global champion.

Few places on the planet are as welcoming of overseas talent as Singapore is. There is a recognition that immigrants are a huge driver of economic performance past and present, and Singapore Inc. goes out of its way to entice start-ups and entrepreneurs to move to the island and set up operations. With over two million foreign-born residents and expatriates out of a population of five million, Singapore is unabashedly multinational and multicultural.

The eleven companies that made up the JFDI class of 2012 were a mixed bunch, but all in the digital internet space. They were from across the region, including New Zealand, the Philippines, Indonesia, Thailand, Australia, Malaysia and Singapore. What they had in common was the fact that they had been hand-picked into the JFDI program. The key to success for any incubator, much like a top business school program, is the quality of the applicants in the first place. Get this right, and the odds of success go up manifold. Meng and his partner Hugh Mason had spent the previous three months crisscrossing major cities in South and Southeast Asia, conducting “start-up weekends”, where start-ups are invited to pitch their ideas. The top teams were selected to come to Singapore and join the program. During the 13 week program, each team is provided a $15,000 investment, free office space in an open-plan setting, mentoring by experienced investors and entrepreneurs and a weekly relentless polishing of both product and pitch. JFDI is an Asian cousin of Techstars, 500 Startups, Y-Combinator and their ilk.

Casually displayed on a bookshelf in the JFDI office is a hardbound copy of the seminal work by Meng Weng Wong, titled “What Silicon Valley knows about Asia”. It is a 150 page volume, and visitors who pick it up and start browsing its pages are initially confused, then bemused, to find that the pages within the beautifully-designed yellow binding are all completely, and intentionally, blank. Once you leaf through this book, the underlying wry humor of the whole project begins to rise to the surface (see what JFDI means in urban slang).

Underneath the irony and the humor and the simple idea of having as much fun as possible, the mission of JFDI and its ilk is the serious business of start-ups. It is a vision of Singapore that has come of age, and is living its life in reverse; the hard work and serious nation building of the 60s, 70s and 80s, followed by the investing and wealth-building of the 90s and the naughts, and now here is Singapore discovering its inner child; the wonder, the creativity, and the optimism for the future. This is a Singapore that is very happy to be exactly where it seeks to be, at the beating heart of a resurgent Asia.