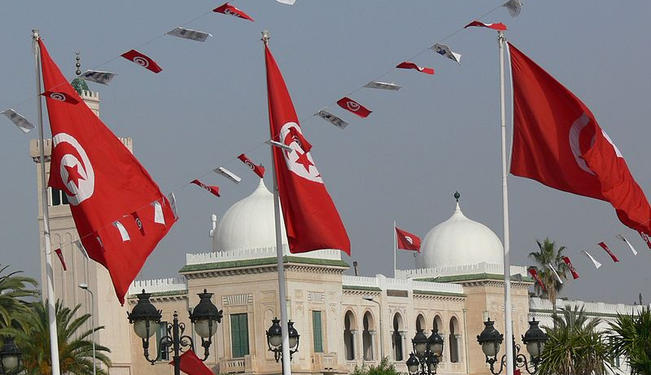 Despite an improvement in the business climate in post-revolution Tunisia, further administrative and communicative reforms are necessary to encourage entrepreneurship.

The Tunisian revolution ended the corrupted regime of former President Zine al-Abidine Ben Ali in January 2011. The small country in the Maghreb then elected a National Constituent Assembly in order to devise a political system based on democracy and balanced powers, and the writing of a new constitution. However, the revolution has generated a slowdown in the economy, increased inflation and growing unemployment. In addition, social demands from activists and sit-ins have deepened the economic recession.

Tunisia's unemployment rate rose from 14% in 2010 to 20% in the following year. Unemployment figures reached approximately 1 million, at the end of 2011 , in a population of over ten million.

As a result, the current interim government decided to recruit 25,000 people in the public sector, which represents a positive step compared to previous years. The coalition government has focused on encouraging people to create their own projects using various types of incentives, particularly in deprived regions where unemployment rates exceed two-thirds. However, the question remains over government efforts in promoting the private sector.

Indeed, statistical data is not sufficiently available to clearly understand the impact of the revolution and ongoing political transition on entrepreneurship. However, according to the Initiative and Industry Promotion Agency, entrepreneurship investment declined by 8.2% in the first quarter of 2011 compared to the same period in 2010. It then improved in the beginning of 2012 by 28.5%. These fluctuations are explained by the political unrest of 2011.

Significantly, however, Tunisia did not achieve any growth and finished the year with a negative rate, but in the first quarter of 2012 national security as well as political stability improved. This encouraged people to trust in the market again and to recuperate the loss of the previous year. Therefore, recent projects and job creation were relatively high.

Moreover, investment conditions have improved compared to 2010 due to the end of widespread corruption and extortion exercised by the Ben Ali family. Such practices were previously used to force new investors to share their profits with the regime. If the investor did not cooperate, the state would hinder their activities by using all possible administrative obstacles and unfair taxations.

In addition, domestic and foreign reform improved the business environment. In May 2012, Tunisia's National Constituent Assembly ratified the complementary finance law that stipulates more fiscal incentives for investors, and large infrastructure projects. Moreover, the Tunisian government has been supported by the international community to start its strategy of good governance, transparency, and development. Indeed, the revolution has offered more freedom to people and new opportunities to compete in the market. However, some obstacles are still affecting the private sector.

First, Tunisians are attracted to work in the public sector as it offers greater job security and stable income. This has become an issue since the revolution as a large number of job losses occurred in the private sector which subsequently led to an increased demand for public sector positions. Significantly, the field of entrepreneurship has not been developed in the country except in selected regions or families that have been traditionally known by their important business activities. Consequently, Tunisians generally prefer receiving low incomes of secure jobs rather than starting their own projects.

Second, the Tunisian public is not well informed about the advantages and facilities the government offers to entrepreneurs, especially the services designed for deprived regions. It is necessary to plan a communication strategy in order to educate the youth about the procedures and incentives related to entrepreneurship, which could influence their choice between becoming an employee or an employer.

Third, potential investors frequently face the problem of funding. Obtaining a loan is not easy since banks require new investors to participate with capital called self funding, representing approximately 20% of the total costs. This has proven to be an obstacle for new entrepreneurs as 80% of Tunisians belong to the middle class and have less savings. In addition, banks hesitate to allocate loans to entrepreneurs as Tunisians generally launch small projects with weak potential to make high profits and to fulfill their commitments.

Finally, administrative procedures are timely and sometimes very complicated, which means that most entrepreneurs lose a substantial amount of time before starting their projects. An administrative reform is essential to reduce the number of requested documents and consequently the time spent in the preparation phase.

Indeed, granting fiscal advantages is not enough to promote entrepreneurship. It is necessary to coordinate between all institutions concerned with investment issues, including the high education ministry which could potentially be responsible for encouraging the field of entrepreneurship among students. Moreover, new mechanisms of funding are needed to suit the demands of entrepreneurs. It may be useful for new entrepreneurs to combine in order to obtain larger investment.

Promoting entrepreneurship could be a positive step if institutional and administrative reforms are enacted in the short-term, and educational and cultural change in the long-run. Such development of the field in the new Tunisia would cut unemployment and assist the economy.