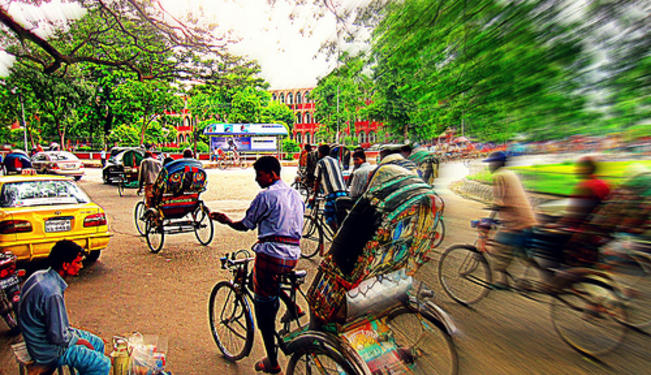 As Marketing Director and Vice President of Ashoka, the institution that first named and pioneered the field of social entrepreneurship in 1980, Beverly Schwartz has played an instrumental role in improving our understanding of social entrepreneurship and the possibilities the field presents for the future. Social entrepreneurship is outlined in Ashoka’s mission statement as a bold and empowering alternative to relying on government intervention to affect social change. In the face of an untreated or seemingly entrenched social dilemma, social entrepreneurs devise a plan that allows citizens to take the task of generating and implementing a solution into their own hands, whether by starting a new organization, a new company, or even a new movement.

In her book Rippling: How Social Entrepreneurs Spread Innovation Throughout the World, Beverly Schwartz talks in detail about the ventures of several distinct Ashoka Fellows, extraordinarily successful social entrepreneurs from around the world, whose unwavering commitment to social progress and improving human life led them to create programs that are a testament to the capability of citizens to change and create the world we live in for the better. Each section includes firsthand commentary from the entrepreneurs themselves, regarding their process and how they arrived at their solutions and were able to implement them, as well as from the citizens whose lives were changed as a result of the social entrepreneurs’ work, regarding the improvements being made in their communities, and how they were able to improve their lives and others as a result of being active participants in the effort.

In the introduction, Schwartz writes that Ashoka delineates the success of social entrepreneurships, specifically the ones focused on in Rippling, by how “enormously contagious” they are and whether they are “self-replicating.” I think that this is a particularly crucial point to take away from Rippling regarding the purpose of social entrepreneurship, as the “contagious” and “self-replicating” features are what distinguish it from charity—as social entrepreneurship returns social responsibility and dignity to the citizens by involving them in the process of creating, and then recreating, improvements to their communities and their lives. It seems like a tall order, and perhaps highly idealistic, but when you begin to delve deeper into Rippling, and learn what social entrepreneurs have already innovated and achieved in the vein of creating citizen participation in social change, you begin to see how it is entirely possible to turn a seemingly entrenched failing in society into an opportunity for job creation, and citizen participation, into new and self-perpetuating local industries.

Particularly notable exemplifiers of social entrepreneurship I found while reading Rippling are the Rickshaw Bank in India, and the Community Based Sanitation program first initiated in Lima, Peru. Both projects began with a catalyst, the change-maker and social entrepreneur who recognized an opportunity in what appeared to be a socially entrenched problem, and a plan that involved the communities to be active participants in reaching the solution, not just the passive benefactors of a wealthy investor’s charity or aid.

Schwartz explains how the idea for the Rickshaw Bank in India began when Dr. Pradip Kumar Sarmah, Executive Director of the Center for Rural Development (CRD) recognized that rickshaw drivers in India were one of the most relied upon forms of transport with about eight to ten million operating every day, while only 99,000 in New Delhi were licensed legally. As a result of being primarily migrant workers, rickshaw drivers found themselves in a perpetual state of financial uncertainty as very few could afford to own their own rickshaw, and so had to pay a large percentage of their earnings back to the supplier that they would rent from every day. However, Dr. Pradip critically realized that with the money a rickshaw driver would typically pay in rent, he could have afforded to buy his own rickshaw in only a year. Funded by allowing investors to advertise on the back of the rickshaws loaned and bought through the Bank, the Rickshaw Bank allows drivers in their first year to rent a rickshaw, and make a monthly payment that goes towards buying the rickshaw from the bank. Once they own the rickshaw, drivers can begin to amass wealth as they continue to work, and as a result take part in aspects of society that were never open to them before.

Schwartz also writes about the work of social entrepreneur Albina Ruiz, who in Peru designed a way of improving sanitation in extremely polluted areas of Lima where trash and waste would tower so insurmountably high, that the locations would go ignored by the health officials in the city. By reaching out and retaining citizens who made a small living merely by recycling objects they found in the rubble, and devising new technology and methodology for transporting waste, Ruiz began to launch the area’s first community-based sanitation program. Ruiz also launched a campaign to convince residents not to dispose of their trash until appointed community sanitation collection days. She received funding from residents who paid a small fee to pay for the community operation. Ruiz’s program was launched with resounding success. Creating what Beverly Schwartz refers to as a string of “micro-enterprises,” Ruiz’s program increased community-based jobs in sanitation, and the community’s pride in their achievement as a result. Following the program’s success in Lima, Ruiz has since gone on to found Cuidad Saludable, an NGO that implements similar community-based sanitation programs in other parts of Peru, and also the rest of Latin America.

The Rickshaw Bank and Cuidad Saludable are merely two of the programs discussed in Rippling, which contains an extraordinary compendium of social entrepreneurship success stories, whose journeys Beverly Schwartz guides the reader through from start to finish. I found this aspect to be particularly unique and captivating. It is one thing to hear about the ideology behind social entrepreneurship, and the goals one might hope to achieve, which Beverly Schwartz also discusses enthrallingly—as a sort of mental how-to guide when it comes to motivating yourself to believe you can create a difference—but in Rippling, this philosophical outlining is also coupled with detailed and varied examples of its being actually instantiated and applied, with vivid portrayals and testimonials to the astounding results.

Above all else I found Rippling: How Social Entrepreneurs Spread Innovation Throughout the World, to be awe-inspiring. If you ever thought you had a great idea to improve society, but never did anything about it, reading Rippling will not only inspire and motivate you to act on your idea, but will arm you with the philosophy and conceptual framework to do so successfully.