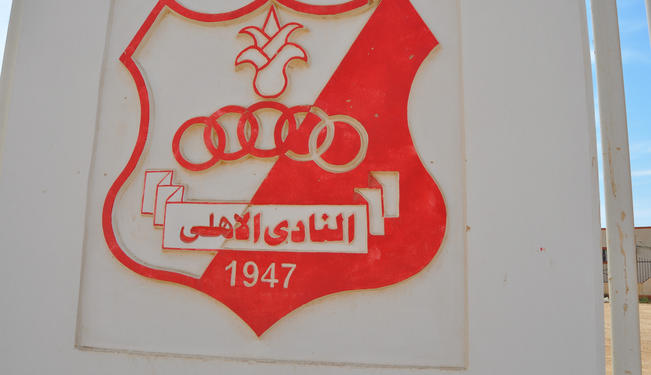 Saadi’s trial is likely to shed light on a dark and brutal era in the history of Libyan soccer.

It was only a matter of time before Al-Saadi Qaddafi, the notorious, soccer-obsessed third son of toppled Libyan leader Col. Muammar Qaddafi, would be extradited to Libya by Niger. His trial is likely to shed light on a dark and brutal era in the history of Libyan football.

Saadi was living on borrowed time in Niger, to where he fled after the elite troops he commanded failed in 2011 to foil the popular revolt that overthrew the Qaddafi regime. Saadi’s continued presence in Niger, after a planned exile in Mexico failed to materialize, was an irritant in the country’s increasingly close alliance with the United States and France in the struggle against Islamist militancy in the Sahel and North Africa.

Authorities in Niger, who justified the granting of asylum to Saadi on “humanitarian” grounds, saying they had insufficient guarantees that he would get a fair trial, extradited him despite the fact that Libya’s transitional government has been unable to build a credible, independent judiciary or create a professional military, police force and prison system.

The Libyan attorney general’s office said 41-year-old Saadi faces several charges, including “crimes to keep his father in power”; involvement in the 2005 murder of national team player and Tripoli soccer club coach Bashir al-Ryani, a prominent Qaddafi critic; and “seizing goods by force and intimidation when he headed the Libyan Football Federation” — language Interpol used when it issued, at the request of Libya, a “Red Notice” shortly after the fall of the Qaddafi regime for Saadi.

The Case of Ryani and al-Ahli Benghazi

Ryani was known as player “number nine” because the Qaddafi regime banned the publishing of players’ names, in a bid to ensure they did not become better known than Saadi or Col. Qaddafi himself.

“Two years before he was killed, he told Saadi he was part of a dictatorship and had corrupted Libya. After that he was beaten and left outside his house,” said Hussein Rammali, a former Ryani teammate, at a post-revolt memorial for the late player. Ryani is said to have made his remark at a time when he coached Tripoli’s al-Ahli club, which was owned and captained by Saadi.

The killing of Ryani was but one of a series of soccer-related atrocities under the Qaddafi regime. In a country where the mosque and soccer pitch were the only release valves for pent-up anger and frustration prior to the popular revolt in 2011, Saadi’s association with both the national team and Tripoli’s al-Ahli meant the prestige of the regime was on the line whenever the team played.

As a result, soccer was as much a political match as it was a sports competition in which politics, rather than performance, dictated the outcome.

League matches were fixed to ensure al-Ahli remained on top, in order to prevent a defeat on the pitch from being viewed as a defeat of the regime.

A penalty in an al-Ahli Benghazi match against a team from al-Baydah — the hometown of Saadi’s mother, and the place where the first antigovernment demonstrations against corruption in public housing were staged in 2011 — so outraged Benghazi fans that they invaded the pitch, forcing the game to be abandoned.

A pile of rubble in the eastern city of Benghazi, stands as a sad memorial to the abuse and manipulation of soccer by Middle Eastern and North African autocrats like Saadi, whom the US Embassy in 2009 described as “notoriously ill-behaved.”

The rubble is what is left of Saadi’s efforts to bury the historic club lock, stock and barrel. Its red and white colors were banned from public display. Scores of its supporters were imprisoned, some of whom were sentenced to death for attempting to subvert the Qaddafis’ rule.

The story of al-Ahli Benghazi stands out as a perverted twist of efforts by Middle Eastern leaders like former Iranian President Mahmoud Ahmadinejad and the ousted presidents of Yemen, Tunisia and Egypt — Ali Abdullah Saleh, Zine el-Abidine Ben Ali and Hosni Mubarak — to identify with their national soccer teams in a bid to boost their lingering popularity.

Backed by Saadi, al-Ahli Tripoli blossomed with its financial muscle, which allowed it to buy the best players, and bribe and bully referees and linesmen to rule in its favor.

“I Will Destroy Your Club!”

A little more than a decade ago, al-Ahli fans had enough of Saadi’s subversion of the game. They booed him and his team during a national cup final in front of visiting African dignitaries, while they also dressed up a donkey in the colors of al-Ahli Tripoli. Saadi went ballistic.

“I will destroy your club! I will turn it into an owl’s nest!” The Los Angeles Times quoted Khalifa Binsraiti — then al-Ahli Benghazi’s chairman, who was imprisoned in the subsequent crackdown — as being told by an irate Saadi immediately after the match.

Saadi kept his word. He engineered al-Ahli Benghazi’s relegation to the second division. A referee in a match against Libyan Premier League side al-Akhdar sought to further ensure al-Ahli’s humiliation, by calling a questionable penalty that would have sealed the team’s disgrace.

In response, al-Ahli’s coach confronted the referee, allegedly shoving him. Militant fans stormed the pitch, before the game was suspended and al-Ahli’s fate was sealed.

Al-Ahli fans did not leave it at that. They headed to downtown Benghazi shouting slogans against Saadi, while also burning a likeness of his father and setting fire to the local branch of his national soccer federation.

“I was ready to die that day, I was so frustrated,” The Los Angeles Times quoted 48-year-old businessman Ali Ali, who was among the enraged crowd, as saying. “We were all ready to die.”

It did not take long for Libyan plainclothes security men to respond. Al-Ahli’s 37-hectare clubhouse and facilities were raised to the ground as authorities visited the homes of protesting soccer fans. Some 80 fans were arrested, of whom 30 were put on trial in Tripoli on charges of vandalism, destruction of public property and having contacts with Libyan dissidents abroad — a capital offense in Libya.

Three people were sentenced to death, but their penalties were converted to life in prison by Qaddafi. The prisoners were released after serving five years of their term.

Al-Ahli Benghazi was resurrected in 2004, initially as a second-division team but it later graduated back to the country’s Premier League.

A Pattern of Political Abuse of the Game

The story of al-Ahli is a study in the use of soccer by authoritarian Arab regimes to distract attention from economic and political problems, and of Arab autocrats’ divide and rule approach to governance.

Saadi’s story, like that of the brutal Iraqi sports czar and son of Saddam Hussein, constitutes an extreme example of political abuse of soccer, while it also sheds light on what is mostly a less cruelly executed approach across the Middle East and North Africa.

It is also the untold story of soccer in a swath of land stretching from the Atlantic coast of Africa to the Gulf as a platform of resistance against repression, nepotism and corruption, whose fighters graduated to the front lines of antigovernment protests and continue to press for political change.