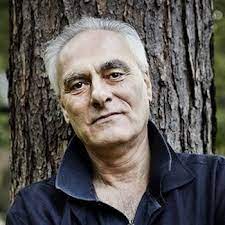 James M. Dorsey is an award-winning journalist and commentator on foreign affairs who has covered ethnic and religious conflict and terrorism across the globe for more than three decades. Over his career, Dorsey served as a foreign correspondent for, among others, The Wall Street Journal, The New York Times, The Christian Science Monitor and UPI in the Middle East, Europe, Africa, Central America and the US. He is currently a senior fellow at the S. Rajaratnam School of International Studies at Nanyang Technological University in Singapore and the author of the blog, "The Turbulent World of Middle East Soccer."

Gulf Arab states are in a pickle. They fear that the emerging parameters of a reconfigured US commitment to security in the Middle East threaten to upend a pillar of regional security and leave them with no good alternatives. The shaky pillar is the Gulf monarchies’ reliance on a powerful...

For Saudi Arabia, Iran Looms, Israel Beckons and the Taliban Cause Goosebumps

Prince Khalid bin Salman may not have planned it that way, but the timing of his trip to Moscow last week and message to Washington resounded loud and clear. By not postponing the visit, the Saudi deputy defense minister signaled that he was trying to hedge his kingdom’s bets by signing...

The Taliban’s offensive in Afghanistan has shifted the Central Asian playing field on which China, India and the United States compete with rival infrastructure-driven approaches. At first glance, a Taliban takeover of Afghanistan would give China a 2:0 advantage against the US and India, but that could prove to be...

The World Bank issued a stark warning in its 2018 outlook for the Saudi economy: “The Kingdom likely faces a looming poverty problem.” The bank has since noted in its 2019 and 2020 outlooks that “while no official information is available on poverty, identifying and supporting low-income households is challenging.” Dependent on world oil prices,...

Personality and the conflation of national interests with personal ambition are contributing to the widening gap between Saudi Arabia and the United Arab Emirates. It was only a matter of time before Saudi Crown Prince Mohammed bin Salman (MBS) would want to go out on his own and no longer...

Saudi Arabia has stepped up efforts to outflank the United Arab Emirates and Qatar as the commercial, cultural and/or geostrategic hub in the Gulf. The Saudis recently expanded their challenge to the smaller Gulf states by seeking to position Saudi Arabia as the region’s foremost sports destination, once Qatar has...

Sports governance worldwide has had its legs knocked out from under it. Yet national and international sports administrators are slow in realizing the magnitude of what has hit them. Tectonic plates underlying the guiding principle that sports and politics are unrelated have shifted, driven by a struggle against racism and...

Sweeping new regulations restricting social media in Pakistan put freedom of expression and the media at the heart of the struggle to counter both civilizationalist and authoritarian aspects of an emerging new world order. The regulations, adopted without public debate, position US social media companies like Facebook and Twitter at the...

The Gulf Wants to Buy the English Premier League

The rush to buy English football clubs is, at least in part, the latest round in the Gulf crisis. The bitter rift between Qatar and its Saudi and Emirati-led detractors could spill onto the pitches of English football. A flurry of reports suggest that the Gulf rivals are seeking to...

Today’s protesters have a leg up on their counterparts from the Arab Spring of 2011. Momentous developments across North and East Africa suggest the long-drawn-out process of political transition in the region — as well as the Middle East — is still in its infancy. So too does popular discontent...