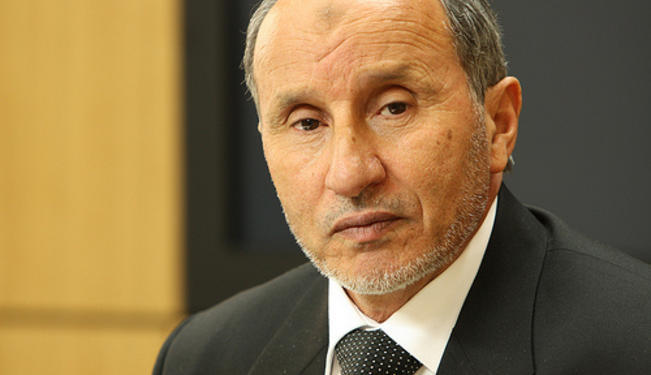 Despite the complicated political outlook, the system that Libya will inherit following the imminent election means that improvements to the economy and business environment will occur, argues Henry Smith.

A lack of substantive opinion polling and national-level precedent means that conclusions are difficult to draw. However, it is fair to argue that Libya’s limited exposure to party politics, a lack of popular awareness about the transitional process and a shortage of state institutions to manage and engage in political debate mean that voting will primarily be based on local lines; for candidates recognised and respected by voters. Voting patterns in local elections in Misrata, Benghazi, and Zuwarah displayed similar patterns.

The mechanics of the national elections encourage this: individual candidates will contest 120 of the 200 seats in the assembly, with nascent political parties, which lack clearly defined policy platforms, contesting the rest. Nonetheless, the elections will ease the decision-making paralysis that has characterised the incumbent interim authorities, who intentionally froze decisions due to their lack of a democratic mandate. A cabinet appointed by a directly elected assembly will have greater legitimacy, giving the new executive a firmer mandate to approach contentious decisions about political and economic reforms.

It was unrealistic to expect political parties and individual candidates to develop coherent and well-developed positions on economic and political policy. This reflects the limited time Libya has had to adapt to party politics, but also a degree of political immaturity in the country when compared to the record of (circumscribed) participatory politics in Egypt and Tunisia.

All of the more-established political groupings – including liberal parties – have declared their support for Islam as the state’s guiding principles. The central role of Islam in the new constitution is unlikely to polarise political debate in a manner comparable to contemporary Egypt.

Most political parties attempt to be politically and socially inclusive, and friendly to private enterprise. Overt ideological hostility to either foreign investment or socially responsible free market economics is not detectable.

Developing Libya’s domestic private sector and the interim authorities’ ability to encourage foreign investment will be crucial to tackling a number of persistent sources of political instability. Unemployment, economic marginalisation, and corruption were all structural sources of civil unrest that played a driving role in fomenting opposition to Muammar Gadhafi. The disarmament and integration of the plethora of revolutionary brigades will require new, alternative forms of employment and education. Although Libya’s political legacy makes conclusions about the difficult political transition, firmer judgements about the economy and business environment are possible. The prognosis here is slow but incremental improvements are needed as the interim authorities seek reform of state institutions, particularly the bureaucracy and judiciary. There is also the need to redefine citizens’ relationship with the state.

The Libyan state has traditionally been seen as a source of employment and income rather than a set of institutions to guarantee the rule of law. Libya’s interim authorities are unlikely to pursue divisive policies that begin to unpick this relationship while their legitimacy remains limited – albeit growing – during the transition. Changes necessary to make the existing system of blanket price subsidies more efficient and socially equitable, and the privatisation of inefficient and inflated state owned entities would be unlikely to draw popular support. Politicians will probably avoid these. The persistence of significant oil export revenues will also underpin the lack of urgency towards economic diversification and reforming the role of the state.

Libya has inherited an inflated, at times poorly equipped, and bureaucratic system. It will take time for this to be restructured into a set of efficient and functioning institutions with clearly defined – and understood – remits and responsibilities. The system was highly personalised under Gadhafi, with decision-making referred up the bureaucratic hierarchy and often on to individuals who lacked formalised roles within the bureaucracy and with influence from their personal connections to the former regime.

This will continue to stall decision-making, impede the implementation of public sector spending, and create obstacles to the development of a viable private sector. However, the state’s institutional capacity can be expected to improve, encouraged by international assistance and the domestic momentum towards a more accountable system of governance.

Libya’s legal system is also in flux; the judiciary stopped functioning during the 2011 conflict. The Gadhafi-era legal system is still largely in place, but the post-conflict interim authorities have repealed select laws and – at times somewhat opaquely – added several new ones. Laws passed during the transition appear to remain effective unless the forthcoming constituent assembly or the Supreme Court repeals them.

In a positive signal for Libya’s democratic trajectory, the Supreme Court ruled on June 14 that Law 37, passed by the NTC in May, was unconstitutional. The law mandated prison sentences for individuals found to have glorified Gadhafi, and for anyone who publishes news, propaganda or rumours that "harm the February 17 revolution". As the first judicial review of a law passed during the political transition, the decision marked a significant step towards instilling confidence in the legal system and asserting the independence of Libya’s judiciary.

Looking further ahead, even if laws passed by the existing authorities remain on the statute books until the end of the transition – and following the eventual dissolution of the constituent assembly – there is ample room for a government with a firmer democratic mandate to repeal them. Such a system creates uncertainty over the status of private sector contracts entered into during the transition and provides little in the way of contractual certainty and recourse, should commercial disputes arise in the transitional period.

The Supreme Court used the NTC's Constitutional Declaration from August 2011, to determine Law 37’s legality, which suggests that the legality of Libya’s political transition and the institutions it will create, is not really in question.

Although Libya’s political outlook is complex, the system inherited will mean that improvements to the economy and business environment will be incremental. However, Libyans and external observers can be hopeful for gradual improvements given that the transitional process identified almost a year ago in the NTC's Constitutional Declaration retains legal legitimacy and – from the majority of Libyans – popular legitimacy.