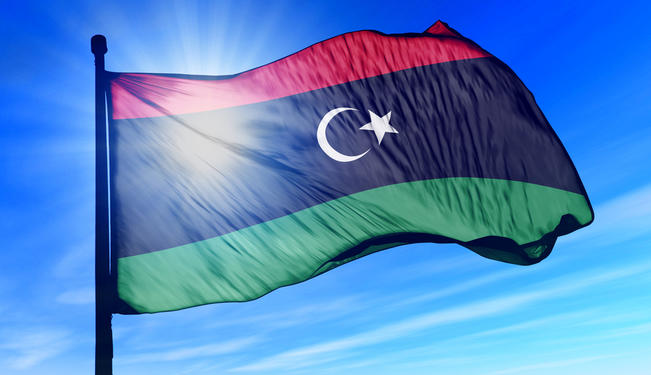 Libya's elected parliament became a base where different factions manipulated other arms of the state. [Note: Read part one here.]

Of the proposals for dealing with the expiring mandate of the General National Congress (GNC) and rectifying the larger political problems which have propelled Libya’s transition down its current trajectory, Dr. Mustafa Abu-Shagour’s "restoring hope initiative for Libya" is perhaps the most high-profile and comprehensive solution.

Labeling the current authorities as incapable of stopping Libya’s slide into instability, Abu-Shagour advocated that the constitutional declaration be amended under a referendum to provide for an elected head of state and parliament of 200, ruling until June 2016. This initiative is argued from the position that a longer time-period is needed to acclimatize Libya to democracy and, therefore, allow for a more informed constitutional drafting process.

The success of this initiative’s implementation will depend on its details, how far it goes in describing a separation of powers, providing national goals to work with, creating a transitional justice system, and limiting the destructive aspects of pluralistic politics from making a return.

Quiet, but increasingly louder voices have begun to call for an international body (such as the United Nations or the African Union) to enter, keep the peace, and manage Libya’s political progression.

Whilst the best-practice procedures of international bodies could help condition Libya’s institutions toward democratic governance, foreign troops on Libya’s soil would be a controversial step. Hence, such a decision should not be taken without painstaking forethought.

A regulation on using Arab or Muslim members of these bodies could quell the potential for calls against this decision as a neocolonial endeavor. However, a transparent legal framework would need to be in place to provide clear, mutually agreed rules for the situation’s management and operational mandate.

Moreover, clear rules of engagement and the provision of recourse to those who believe they or their property suffered unfairly during any conflicts would be a necessity for such a decision to gain public approval.

Additionally, foreign states involved in such an endeavor would have to give their own authorization; no light decision considering the numerous risks involved, especially if any of their nationals should provoke controversy.

This lesson was already learned by the US, as it failed to reach an agreement for their troops to remain in post-war Iraq while also facing similar difficulties with the Afghanistan withdrawal.

Overall, this would need to be a decision Libya makes through a national referendum in order to ensure public support, as it is a difficult process to roll-back once enacted. If done without consensual approval, it could prove to be a disastrous step.

The GNC and Public Legitimacy

The GNC itself has also entered this debate, announcing that the February 2014 deadline only referred to producing a new constitution and not an end to its mandate.

GNC members recently voted for provisions to ensure their continuity until December 24, 2014, an attempt to preserve their right to rule, until they have delivered a constitution as per the mandate under the Constitutional Declaration.

However, the largest issue with this initiative was never going to be the legality of the GNC’s rule, but rather its public legitimacy. The deep disregard with which a majority of people hold their current authorities has removed them from consideration in many day-to-day issues and even crises, as people become increasingly self-reliant or use traditional social mechanisms (like tribal or elders councils) to solve their problems.

Libyan people have clearly lost their faith in both the government and the GNC and, whilst it is not impossible, it would take a profound effort for them to regain the public’s trust and support; especially given the high number of divisively controversial personalities who remain prominent members of these bodies.

Nevertheless, if the GNC can prove to the people that it has learned from its mistakes, show semblances of progress, and outline a more detailed roadmap than is currently on offer for what it means to achieve in the next year, the proposal to extend its rule would offer the smoothest option available.

In the current climate of political instability, not having to handle a transfer of power could only be beneficial for Libya, as it embarks on what will be a very difficult endeavor to correct the direction of the country’s development.

At the End of the Day…

In the search for a solution to the intricate issues infecting Libya’s transition, it is important to ensure that the symptoms are not prescribed for over the illness.

Due to the various experiences of different regions since the end of the revolution, Libya has developed disparately. Each region has its own entrenched ideologies and pressing concerns.

There is a danger that the forces which molded the GNC’s era could very well push 200 freshly elected politicians down the same path. This is why it is vital that any move for change be accompanied with a vision for what that change entails.

The success of any upcoming change will depend upon the political procedures, regulations, and enforcement mechanisms in place for the next set of politicians. Strong procedures, true transparency, and enforceable accountability systems are the most effective block against a resurrection of previous corruption and mismanagement.

A vision is needed to restore hope to the people. Short-term goals and long-term targets create an atmosphere of constant anticipation, in contrast to the current chaos.

Such an atmosphere simultaneously creates continual pressure for the authorities to deliver results, combat complacency, and conditions politicians into working for and being responsible to the public. Similarly, this vision needs to be national and inclusive in its scope whilst aware of the limitations that Libya’s context demands.

A national vision is needed to rebuff regionalization, and by its very nature it necessitates some form of unification. Such a vision is centered on commonly identifiable goals that exclude ideology, and are unifying both in its shared ambition and the shared work needed to realize this ambition.

If any plan is to be national, then by definition it must also be inclusive. There are common problems that every group faces regardless of their ideology, such as trash disposal, maintenance or use of national infrastructure.

Such apolitical needs can be prioritized over grander national projects and yield benefits through providing that first experience of what cooperative work entails and how it can be mutually beneficial.

Furthermore, small victories which can deliver immediate improvements to people’s environment create a positive atmosphere that can drive further change. The power of confidence and momentum to a country’s political progress, whilst not tangible, is something which should not be underestimated.

Such a vision is eminently achievable and not outside the country's current grasp, removing the overwhelming effect that Libya’s wealth of institutionalized problems can have on those in office. After all, the current authorities are, by their title, transitional and thus are supposed to only manage the country whilst the fundamental questions over its future are decided upon.

Therefore, Libya's leaders should be prioritizing returning the country to its physical pre-war standard, whilst preparing the political platform to hand over to the nation's first constitutional government. It will then be that government’s goal to decide and design the future development, structure, economy and nature of the Libyan state.

Any nation’s political health is the direct result of preceding events which culminate to set its political trajectory, a variable usually tied to two factors: the authorities’ operational competence and the public’s confidence in them; and the short-term future of the state. Whilst both of these are unquestionably low at this current time, the paths that nations travel are characterized by opportunities for change which routinely present themselves.

These opportunities are systemic and managed in democracies, usually under the guise of elections, whereas other states require outside pressures, be they from the population or the sudden realization that an unsustainable system is unable to continue further without support.

In Libya, these two types are presenting themselves simultaneously, while the country’s different political forces prepare for the next opportunity to change its current trajectory. Whichever path is chosen, it will have to be embarked upon in an inclusive, transparent and planned manner if it is to truly begin to right the course of the revolution.