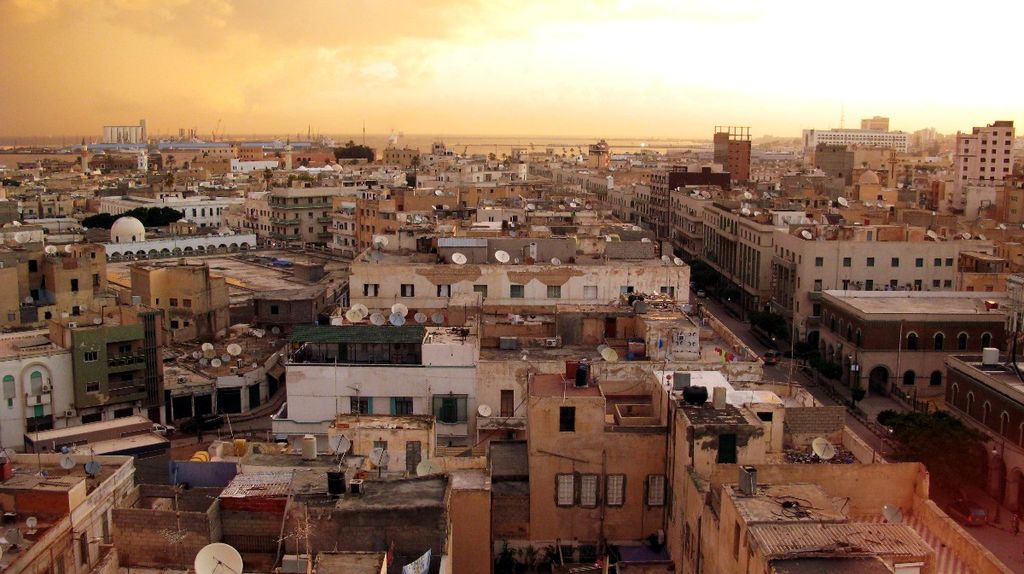 Haftar’s approach is endangering the future stability of Libya and promises a civil war on a large-scale.

The “Arab Spring” never ended as an exercise in democracy. Rather, it served as a pathway used by Islamist groups to legitimize, mobilize and spread their ideological beliefs, while calling it the people’s democratic choice. The rise of militant Islamist groups was an inevitable consequence of the revolutions that swept the Arab world. The lack of any previously defined ideological basis to support these movements, and an absence of a coherent roadmap that would define what protesters wanted to achieve were the ingredients necessary for creating chaos and fragmentation in various countries of the region. The rise of violence, government failures and clashes among different interest groups have provided a golden opportunity for certain organizations and individuals trying to take over power.

The complex tribal composition of Libyan society and its fragile post-Qaddafi state have set the stage for turmoil and a potential civil war in the absence of careful demilitarization, application of conflict resolution tactics, and reintegration of militias into the larger society. Previously elected Libyan governments have had the chance to take such actions in the past three years, but failed dramatically. Libya still lacks a constitution; its parliament is polarized and divided into liberals and Islamists who want to set their ideologies in stone. These parties adamantly refuse to negotiate to establish some middle ground.

Amid escalating tensions with liberals and Islamists, the spread of violence and clashes among tribes throughout the country, and the impotence of the government to create peace and harmony, a renegade general, Khalifa Haftar, has taken on his shoulders the responsibility of fixing the political fiasco. Haftar intends to defeat Islamist groups such as Ansar al-Sharia, promising to secure peace and unite the Libyan people. While both his claims and capability to achieve his military ambitions are highly questionable, Libya is coming closer than ever before in its history to a deadly civil war.

Gen. Haftar’s military career has been largely characterized by schizophrenic attitudes and decisions. He started his military life in line with Muammar Qaddafi’s objectives, supporting him in a coup against the Libyan king, and serving him in the Chadian-Libyan conflict in the 1980s, which became the reason as to why Haftar was discharged from the army. From that time, he took refuge in the United States, where he joined opposition groups, such as the National Front for the Salvation of Libya (NFSL), attempting to oust Qaddafi. During the outbreak of the Arab Spring, Haftar returned to Libya and aligned himself with both NATO and Islamist militias against Qaddafi. In February, he publically announced his plans for a military coup to topple the current government, wreaking havoc in an already chaotic country.

While he publically announced that he has no intention to hold any political position in the future, Haftar’s words have been met with suspicion. Abdel Fattah al-Sisi in Egypt made the same claim when he first ousted Mohammed Morsi, but later changed his mind.

Haftar’s genuine intentions are difficult to predict, given his ambiguous decisions in the past. His current mission has not been solely to dislodge the militant Islamist groups, as he has also instigated a violent assault on an elected government by attacking its parliament. This has exacerbated the split between liberals and Islamists in Libya and added more fuel to the fire in a fragile country that is on the verge of civil war. While he publically announced that he has no intention to hold any political position in the future, Haftar’s words have been met with suspicion. Abdel Fattah al-Sisi in Egypt made the same claim when he first ousted Mohammed Morsi, but later changed his mind.

If Haftar manages to gain more support from major tribes in Benghazi and Misrata, he may nominate himself as a candidate for the next election. However, this will most likely result in a deeply fragmented Libyan society for many years to come.

A Replica of Egypt?

While the approach Haftar is taking to demolish an elected government in Libya seems quite similar to that of Sisi’s in Egypt, the mission he pretends to take on to eradicate Islamists and “terrorists” is not. Islamist groups in Libya do not have the same institutional capacity or ideological maturity as those in Egypt.

Furthermore, in the absence of a solid and united military institution, again unlike that in Egypt, militias with different tribal origins will continue to dominate. Perhaps it is safe to say that Libya is closer to the Syrian example rather than the Egyptian one, given the strikingly different contextual factors of the two countries.

A Race With No Finish Line

Confrontation has never been an effective tool to restore peace and order in any modern society. In a cultural environment characterized by tribalism, confrontation often tends to lead to deeper resistance, fragmentation and violence. The approach Haftar is taking endangers the future stability of Libya and promises a civil war on a large-scale. Libya has neither a strong army, nor institutionally functional political parties, and will require time before it is able to establish operational institutions.

The ministers of interior and culture have shown their support for the renegade general, while thousands of people are joining his self-declared army. The international community seems hesitant to support Haftar. So far, most Western governments have stressed the need for dialogue and peaceful negotiations rather than military force. However, Haftar continues to insist on violence as the only means of solving the conflict. This could allow for many internal and external hands to be involved in shaping the political stage of Libya, by providing support either to Islamist or liberal militias. Years of armed struggle that would be quite difficult to control could be the potential result of this situation.

Hence, Haftar seems to be running a race that has no finish line, and will most likely reawaken tribal feuds that have been long forgotten. This will, in the worst-case scenario, result in another Syria-like experience in the heart of North Africa. Haftar is continuously garnering more support from various government officials, tribes and militias. He has seized the opportunity of the current power vacuum and is trying to consolidate his position as a hero who wants to rescue Libya. But instead of being a blessing to Libyan society, Haftar might add more salt to the wound and evaporate any hopes of stability or unity in the country.