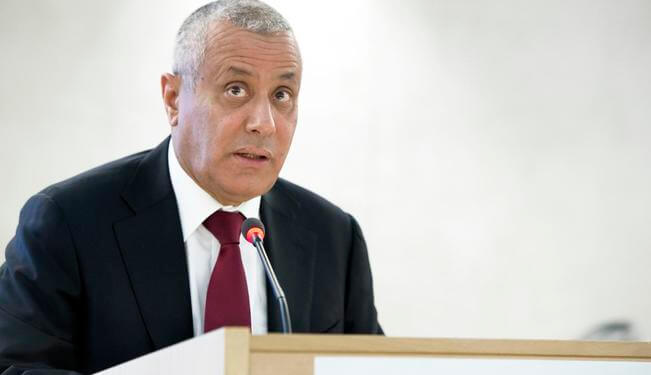 Libya should look to Tunisia for lessons on building an inclusive transitional body.

In its most hard-worded statement to date, the Libyan government on March 20 vowed to eliminate terrorism and mobilize "the national military force" to confront the threat.

According to the release: "The cities of Benghazi, Derna, Sirte and others face a terrorist war led by Libyan and foreign elements that have hostile and sinister agendas." The embattled government also called for international help to curb rampant security threats.

While international cooperation was pivotal to ejecting Libya's idiosyncratic dictator during the uprising, assistance lacks luster in its restive aftermath. Earlier this month, representatives of over 30 countries converged on Rome to discuss how to stabilize Libya. The biggest international gathering in two years was rife with rhetoric, but sparse on specifics.

Foreign efforts to help Libya founder on the fundamental problem of institutional nonexistence, which was epitomized in the recent sacking of Prime Minister Ali Zeidan after the infamous oil tanker incident.

When militias loaded a North Korean-flagged vessel with crude oil worth $30 million from a rebel-held port, Zeidan's beleaguered government offered tough words but little capacity to impose order. The former prime minister vowed to bomb the tanker — threats that rang hollow in a country of unclear lines of authority and tenuous loyalties.

In his first public interview since the dismissal, Zeidan admitted his requests to "prepare a force to take action were ignored" and the military did not carry out his orders. The disheartened premier tried soliciting help from loyal militias, but their limited capacities and "weather conditions" allowed the tanker to escape to sea, throwing the sinking government into further disarray.

While existing international regulations would stop rebels benefiting from the illicitly obtained crude — and since the US Navy SEALs intercepted the tanker and returned it to Libya — the incident became emblematic of the government's contracting reach and growing irrelevance.

International efforts to train and assist the military are built on a problematic premise that Libya operates as a nation-state. Libyan Foreign Minister Mohammed Abdulaziz in Rome acknowledged that his country "suffers from the inexistence of institutions," which makes it markedly different from Tunisia and Egypt.

Meanwhile, Ambassador to France Alshiabani Mansour Abuhamoud went even further claiming his country not only failed to inherit "a state in the technical sense of the term," but even "a culture of institutions among people."

Admittedly, Libyan society is bitterly divided, with deep scars left unhealed since the civil war. The state lacks basic attributes of a functioning government, such as a monopoly on violence, resources and popular legitimacy.

The government's glaring inability to follow through on its threats and safeguard the country's resources erodes public trust, which manifested itself starkly in the February 20 constituent assembly poll where only 15% of eligible voters cast ballots.

While Libya faces truly formidable challenges in establishing a normally functioning state, it may need to glean lessons from its tiny western neighbor: Tunisia. As chaotic and sporadic as the Tunisian transitional process may have looked, it nevertheless took place within the confines of the political arena.

National disputes were largely solved within the National Constituent Assembly, with differences settled through deliberations and debate. Such a venue is absent in Libya where abundantly available weapons are the primary tools of exerting political influence, while militias employ them copiously to press their demands.

Libya's General National Congress, elected in July 2012, is discredited as a corrupt and inefficient platform for Islamist-leaning militias that even security officers are loathe to protect. When protesters stormed the parliament earlier this month, some reports stated that security guards cheered on rioters who shot two deputies.

Libya can look to Tunisia to heed lessons on building an inclusive transitional body that represents minorities and transcends ideological rivalries. The recently elected constitution-drafting body inherently lacks this capacity as it is based on a divisive formula boycotted by the Amazigh and Tebu minorities, who fear the constitution will not protect their rights.

But beyond that, Libya needs a sustained and concerted international effort to help erect a law-governed state from scratch that exercises monopoly on violence and control over resources.

*[This article was originally published by the Foreign Policy Association.]