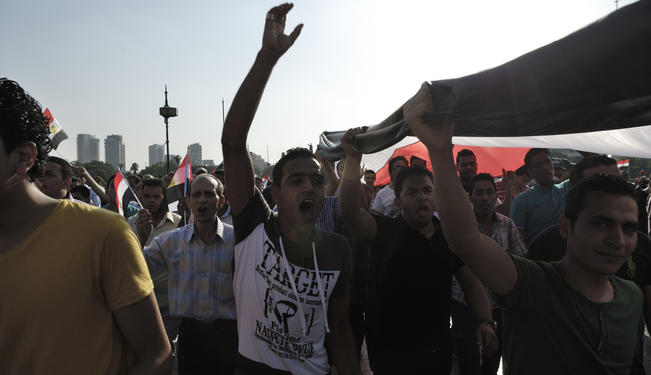 In the absence of other alternatives, Islamists were elected by default. This is the last of a two part series. Read part one here.

Fair Observer’s Middle East Editor, Manuel Langendorf, speaks to Mhamed Biygautane from the Mohammed Bin Rashid School of Government in Dubai — a renowned expert on political Islam and Islamist movements whose work has been featured in a great variety of media outlets, such as the BBC, the New York Times, Gulf News, and Al-Khaleej.

Langendorf and Biygautane talk about Islamist movements in the post-Arab Spring environment, the situation in Egypt, Sunni and Shi’a tensions, and the compatibility of Islam and democracy.

Manuel Langendorf: In several conflicts across the MENA region, the powerful Sunni states of Saudi Arabia and Qatar support different Islamist movements. Often described as a competition, do you see this as religiously inspired?

Mhamed Biygautane: It is not merely inspired by religious motivations. I think it is more of a political competition and struggle for survival. Saudi Arabia was one of the targets of the Iranian clerics. They wanted to transform the governance system in Saudi Arabia. From 1980 until 1988, Saddam Hussein waged a devastating war against Iran’s newly appointed Islamist Shi’a government because the Iranians wanted a similar revolution to take place in Iraq, where 60 percent of its inhabitants are Shi’a. Saddam responded by trying to destroy the Iranian regime, but couldn’t.

So in an attempt to survive, sustain themselves and evolve, governments tend to believe that “the enemy of their enemy is their friend.” Hence, you see Saudi Arabia supporting any regime that is against the Shi’a. The same scenario takes place in Shi’a-majority governments that support each other in times of crisis as we see between Iran, Hezbollah and the Alawite sect in Syria.

To go back to the question about Qatar, I think it is trying to develop a unique foreign policy agenda that differs substantially from the other Gulf countries. Qatar was the only Gulf state that supported Egypt’s Muslim Brotherhood with generous funds. Even bolder was the visit of its Emir to the Hamas leader in Gaza last year and the generous package of $400 million pledged for investment in new projects.

Langendorf: How do you see the much-debated (in-)compatibility between Islam and democracy?

Biygautane: This is a complex and widely debated subject. I think the reason why Western scholars argue that Islam is incompatible with democracy is essentially due to the fact that the vast majority of Arab-Muslim countries are governed by dictatorships. However, we should not disregard the fact that the ultimate purpose of democracy is to achieve the wellbeing and happiness of people. Citizens of a country choose the representatives they think will serve their best interests and govern their countries the way the people choose. However, as long as people are satisfied, happy and content with their political regimes, it does not really matter if the rulers of that country are democratically elected or not.

I will further illustrate what I mean here. I am not saying democracy is not important. What I am saying is the term democracy is not relevant in all political and regional contexts. Let’s take the countries of the Gulf as an example. Since the ultimate objective of democracy is to achieve the happiness and welfare of people, the leaders of Qatar and the United Arab Emirates (UAE), for example, have exceeded this objective.

UAE ranked as number one in the Arab world in the happiness index. People there have the best welfare system that exists globally, the best health care system, free education systems, and direct access to the rulers. This achieves all the objectives of democracy as it is known in the West.

Currently, the vast majority of people in democratic countries of the West like Spain, Portugal, Italy, and Greece are very unhappy with and disappointed by their governments who they had elected by themselves. These governments failed to deliver their social contract obligations and have made irrational choices that were part of the reasons behind the financial crisis in Europe.

The bottom line here is that democracy is a means — not an end in itself. It is a means to achieve happiness, prosperity and security for the people. In my opinion, as long as this is genuinely the case, it does not matter if it is provided through democratically elected governments, or through a political system that is tribal in its nature. We cannot impose Western democratic practices on other countries with different histories and cultures.

Langendorf: What are the most debated issues in Islamic law at the moment? How do Sunnism and Shiism differ in this regard?

Biygautane: Well, this is a very good question. In fact, there are some Muslim countries like Saudi Arabia and Iran that exercise Islamic law as it was in the seventh century. This includes cutting the hands of those who commit the crime of stealing, beheading in public those who commit murder, and so on. However, I am definitely not a supporter of implementing strict Islamic or shari’a law in today’s governments.

Laws evolve along with societal and political changes that take place, and also according to the coercive institutions that exist. Therefore, applying strict Islamic laws in today’s society just seems unreasonable to me. I think this is not a subject in which Sunnis and Shi’a differ, but in some countries that follow an extreme form of Islam.