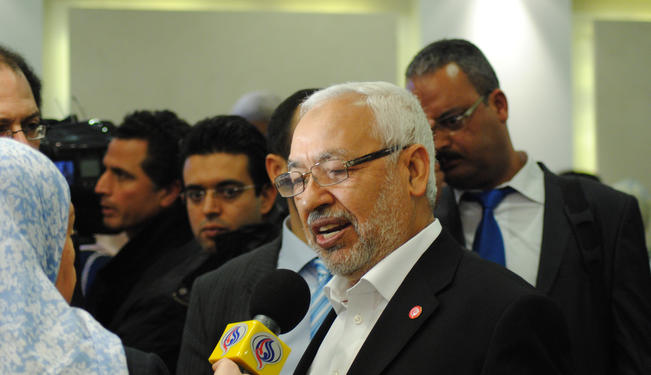 The following is an extract from George Joffé’s essay, “The Arab Intifada in Perspective,” as he discusses the role of Islamist parties in Tunisia, Egypt and Morocco.

To appreciate what has actually happened in the Arab world as a result of what in the West is called the “Arab Spring” but is referred to as the “Arab Intifada” in the Middle East and North Africa, and what is likely to take place there, we should perhaps note that the actual outcomes of the events of 2011 have much to do with their specific causes, both in regional and national terms.

The events of 2011 have made it quite clear that, whether a paradigm shift or not, the process of democratic transition, if that was indeed what was under way in the Middle East and North Africa, was going to take a very long time indeed.

What does seem to be clear, however, is that the first stage of the transition processes taking place in the region had approached its climax with, perhaps, only Syria left to resolve the acute phase of its domestic crisis.

Notably, the major beneficiaries of the events in 2011 have been, undoubtedly, the Islamist movements in the region. Even though they took virtually no part, as organised movements in the events came to exemplify the Intifada, they have certainly seized the fruits. Islamists now dominate in government in Tunisia, Egypt and Morocco and anticipate repeating their success in upcoming elections. Yet their success conceals other questions. There is, first, a growing and unanticipated split within the Islamist body politic between the mainstream Muslim Brotherhood movements and their supposedly non-political Salafiyya Ilmiyya counterparts. The latter emerged as from nowhere, to play a part in enforcing public morality and in challenging the hegemony of the Brotherhood itself. There is also a worsening tension between the gerontocratic leaderships of the Brotherhood in many countries and their more politically-minded younger supporters, especially in Egypt.

There is also a much more profound issue: until 2011, Islamist movements were in opposition and the day-to-day tasks of governance had not formed part of their agenda. Now they do, with all the practical compromises that may mean. It remains to be seen how successful they will be in handling such agendas and their political leaderships must be uncomfortably aware that they were elected precisely because they were not besmirched by the taint of past failure. Now they cannot disappoint their electorates, despite the massive economic and social challenges they face, for they know that electoral favour is fickle, particularly as those who elected them are not necessarily their doctrinal supporters but simply wished to punish their corrupt predecessors.

Many of those now directly involved in the political process are prepared for such compromises and they have their own ideological guides in personalities such as the Tunisian Islamist leader, Rachid Ghannouchi or the Iranian political philosopher, Abdelkarim Soroush. But many, particularly amongst the older generations, have yet to confront the realities of political power.

Yet the signs are hopeful, especially amongst the moderates. Increasingly they focus on the practicalities, seeing democracy as their primary target, nor morality. In that respect, perhaps, they are approaching the same patterns of political evolution that faced Christian Democracy in the nineteenth century in which doctrinal rigidity also gave way to practical politics as Christian Democratic political parties moved towards power in the post-Second World War period. That would be an extremely hopeful outcome in a situation which otherwise, despite the sanguine hopes with which it was greeted last year, increasingly looks like the proverbial curate’s egg – good only in parts. The danger facing the Middle East and North Africa, in short, is that the events of last year will not lead, as many had hoped, to the region’s 1989 experience and thus the introduction to a new “Democratic Wave”, but could produce, instead, its version of 1848 when, after a wave of uprisings and the rejection of the ‘ancien régimes’ within the Hapsburg Empire and elsewhere, a conservative reaction eventually restored the old order to power.