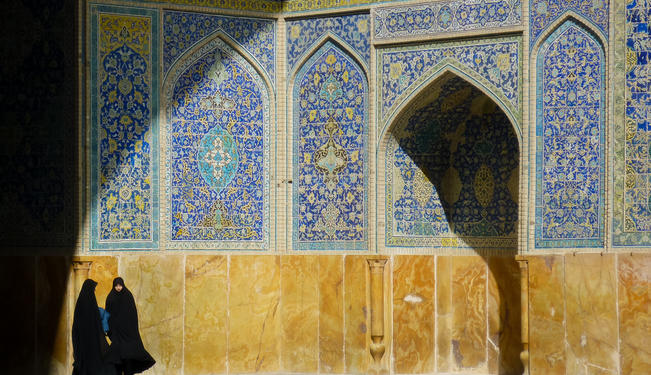 Muslim-majority societies are crying out for an intellectual revolution. This is the last of a two part series. Read part one here.

Perhaps it is time to review priorities, to shift the paradigm; perhaps it is time for political Islam to cease being intrinsically political. After a century of opposition to the power structure and a few decades of actually wielding power, Islamism has become an ideology of means and of management. It has nothing to offer in terms of broader significance except by way of reaction to “Western aggression” or to the “enemy within.”

Muslim majority societies will never be able to emancipate themselves as long as they are chained to such a restrictive, reactive vision. The peoples’ need for meaning, for dignity and for spirituality, far removed from an ethereal concept of faith, religion and rules, must be heard. The task before us is to rethink the ultimate goals of human action, and to develop the contours of an individual and social ethics as a true alternative to the unjust and inhuman world order.

The need for meaning, for freedom, for justice and dignity has never been greater; today’s Muslims need a holistic philosophy of ends; they need to escape from the chaotic management of means that political Islam has been reduced to. Muslim majority societies are crying out for an intellectual revolution, a revolution that is as radical in its essence as it is courageous in its objectives.

Far from the wielders of power, remote from petty politics and politicians, the time has come to reconcile ourselves with the depth and breadth of the Islamic civilizational tradition and its wealth of meaning that establishes rules in the light of the objectives of dignity, freedom, justice and peace. The Muslim peoples of today urgently need to reassert themselves.

Crucial to the process are spirituality and mysticism: not those of a certain form of Sufism that, not wishing to “take part in politics,” ends up by playing the game of powers (and colonisers), but of the quest for self an authentic Sufism never separated from human, social and political (by way of wise and just government) considerations. It is not enough to affirm that freedom must come before the “Shari’a.”

In Need of a Philosophy of Liberty

What is lacking is a thoroughgoing reflection on freedom in the modern age, and the superior objectives (maqasid) of the Path (ash-Shari’a) that supercede its reduction to a body of regulations presented as God’s intangible laws. What ash-Shatibi provided us with, in his synthesis of the “objectives of the Shari’a — which is actually a “philosophy of law — must be thought for the notion of freedom: We need a “philosophy of liberty” that cannot be constricting, reactive or dogmatic but must be broad, holistic and liberating, valid for women and men alike.

There is a sore need of young scholars (ulama) of both sexes, of intellectuals who will show a modicum of courage. While respectful of the message and the immutable rules of practice, they must imperatively seek reconciliation with the intellectual audacity of those who have given the age-old Islamic tradition its strength.

Against the institutions that have often shaped them, that are under state control and intellectually enfeebled (such as al-Azhar or Umm al-Qura today), the young Muslim generations must free themselves, make their presence felt and give new meaning to the dynamics of a civil society that is no longer a passive onlooker, or simply complain, and display their indignation, or explore new ways of acting, new and alternative visions. Yet, they must remain faithful to themselves, while resisting the established order.

The challenges are huge, but in freeing itself from the obsession with “politics,” a thought-based movement must elucidate the terms of a counter-power that sees the liberation of peoples through education, social involvement, alternatives to the dominant economy, through cultural and artistic creativity. Internally, I have mentioned the intellectual challenges of propounding general ultimate goals, and of developing a global vision that can guarantee autonomy and justice.

The question of internal divisions, between Sunni and Shi’a and between conflicting schools of thought (even between religious and secular), must take priority. The issues that fuel this division are often serious, but just as often patently ridiculous. It is the obligation of the scholars, of free intellectuals and activists to release themselves from the trap (which today’s Islamists sometimes maintain at the cost of snaring themselves and drowning).

Muslims are not alone in their resistance. Not only is it urgent to establish relations between the North and the Global South, and leave behind the biased “Islam-West” nexus; it is vital that we explore the potential of new educational, scientific and cultural partnerships with the peoples of Latin America, Africa and Asia. Muslim thought, which drew its sustenance from the idea that it should make all wisdom its own, regardless of its source, has become isolated, has turned inward upon itself and has become desiccated by its inability to study, to promote exchange with and to draw profit from other civilizations, cultures and societies.

The Islamists are no exception: obsessed by the north, they have lost their bearings, and the South — does the Qibla, which focuses the gaze on the center and gives it meaning, not accord the same value and the same dignity to the entire periphery?

The Islamists of today have developed a conservative message, one that seeks only to adapt. The contemporary Muslim conscience must free itself from this message, and renew its commitment to the reformative and near-revolutionary power of the human and spiritual content of its tradition, which calls equally for reconciliation with self and openness to others.

A cycle is ending; renewal beckons. By becoming better acquainted with our heritage, by determining our priorities, and making better use of the new tools at our disposal, we will be able to attain our goals: freedom, dignity and liberation. The paradox lies in the fact that today’s Muslims, lacking self-confidence, are the wardens who hold in their trembling hands the keys of their own prison.

*[This article was originally published on Tariq Ramadan’s website.]