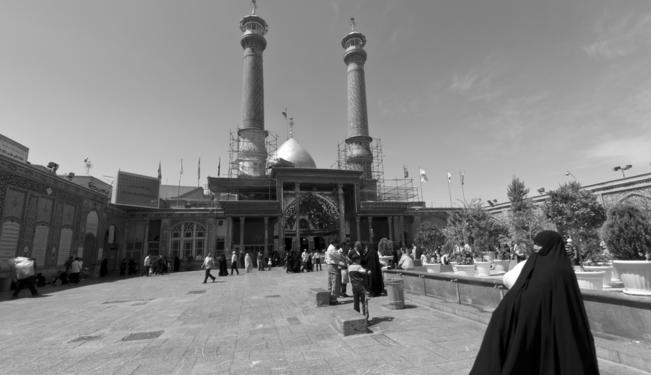 Muslim-majority societies are crying out for an intellectual revolution. This is the first of a two part series.

Islamism — or “political Islam” — is not dead. Those who have proclaimed its demise, or trumpeted the advent of a “post-Islamist” era, are wrong, as events in Africa, the Middle East and Asia clearly show. Islamism is not about to disappear, or even to fundamentally mutate. My thesis — my ideological stance, my hope — is that we must go beyond political Islam, and develop a critique of Islamism in all its forms.

Before explaining why I am taking this position, there are three points to bear in mind. Such is the confusion today, so tendentious and often so grotesque are the arguments that our first duty is to clarity.

First: The Muslim Brotherhood in Egypt or Ennadha in Tunisia enjoy popular and electoral legitimacy in their respective countries; all democrats must respect the verdict of the ballot box. One may well disagree with the decisions and positions of the Islamists in power, but nothing can justify a military coup d'état as in Egypt — meaning that the non-violent demonstrators who are calling for the military to withdraw are right to reject manipulation by the generals.

The crucial question is not whether democracy is possible with Islamists in power — assuming that democratic norms are respected — but whether even a semblance of democracy can exist under a military establishment that has never once in more than 60 years respected those norms. In Tunisia, internal destabilization, whether through harmful maneuvering by Islamists of the extreme literalist persuasion, or by their fundamentalist secularist counterparts, must not be allowed to undermine the legitimacy of the country’s institutions. The unjustifiable cannot be justified in the name of ideological differences with the people’s elected representatives.

Second: the problem of terminology. Confusion is rampant; no one knows exactly who or what “Islamism” means. The term, which has now become powerfully pejorative, can be applied to movements ranging from al-Qaeda (worldwide, and most recently in northern Mali) to the legalists of Ennadha and the Muslim Brotherhood by way of the Justice and Development parties in Turkey and Morocco (with certain reservations), and up to and including the Iranian regime. It is hard to believe that the confusion is being maintained, and the terminology being utilized purely by chance.

Meanwhile the petro-monarchies of the Gulf, those wealthy allies of the West, whose authorities affirm that democracy is un-Islamic, regimes that apply the Shari’a in its most legalistic and repressive form and that forbid women from social and political participation, are never described as “Islamists” even though their policies and practices form the essence of political Islam.

Furthermore, the various Islamist parties or organizations must be described accurately: some are non-violent, reformist and legalist; others are literalist and dogmatic, while others are still violent and extremist. Without such an understanding, no serious scientific or political analysis is possible. While the focus of this article is on the reformist and legalist movements, it will touch on all Islamist trends (based on the assumption that the proponents of political Islam seek state power).

Finally, it should be perfectly clear that my critique of Islamism is in no way an endorsement of the positions and political programs of its opponents. For more than 60 years, self-styled “liberal,” “progressive,” “secular” or even “leftist” (each term positively connoted) forces have been unable to put forward serious alternatives for extracting their countries from crisis. Opposition to the “retrograde Islamists” is not enough to ensure ideological or practical credibility.

In fact, some of the “liberal” factions have in the past proved friendly to dictators, and enjoyed close contact with the West, all the while unable to understand their own fellow citizens; often they have glossed over their divisions and their lack of political influence by simply claiming to be united against the “Islamists.” These factions lack a mass base, a fact their leaders are all too aware of. Thus, our critique of the former cannot be seen as acceptance of the views of the latter. No, our aim is to describe the deep crisis of political consciousness in Muslim majority societies, spanning all ideological horizons.

Time To Go Beyond Islamism

The time has come go beyond Islamism. When, in the early 20th century, the first manifestations of Islamism took root and organized form in the Middle East, Africa and Asia, most of them shared a triple objective: to free their societies from colonialism; to return to Islam in order to resist cultural Westernization; and to expound theses and principles similar to those of Latin American liberation theology, that is, social justice with priority to the poor and the downtrodden.

They were religiously conservative, socially and economically close to their peoples, and believed as a matter of course that the nation-state was the best vehicle for liberating their countries from the multi-faceted yoke of colonialism. Whether or not one agreed with these movements, it was at least possible to understand their ideological and political orientation.

The world has changed, and everything suggests that Islamist organizations, such as the Muslim Brotherhood and other legalist and reformist groups, have not kept pace with world-historical developments, with shifts in international relations and, most of all, with the new paradigm of globalization. In addition, state power, which in the beginning was understood as a means to social, political, economic and cultural reform, emerged as an end in itself, perverting both the intentions and the actions of a significant number of Islamist movements.

These factors have combined to create, over time, a disconnect between the oft-repeated claims of the Islamist movements, which have maintained substantial popular support, and their inability to respond to the challenges of the new era. Having become nationalist Islamist movements, their obsession with the state eventually led to them neglecting fundamental economic issues, major cultural concerns, and even failing to address the basic questions of freedom, citizenship and individual autonomy.

Driven into opposition, totally committed to (and imprisoned by) the desire to legitimize their participation in the democratic process as credible, open and dependable in the eyes of the West, the Islamists have become a reactionary force that, in the name of pragmatism, with one compromise after another, have preserved their religious references while voiding them of their potential for social, economic and cultural liberation.

How remote we are from a new interpretation of our scriptural sources, or from a peoples’ liberation “theology” that would give absolute priority to the poor and the oppressed; that would, finally, see social and political relations in economic and cultural terms. The Islamists, today, have no credible or viable economic alternatives to offer. In the name of their obsession with international recognition, they have bowed down before the imperatives of the dominant capitalist economy.

The religious reference has become a strictly reactive and a strictly protective one, directed primarily against the permissive excesses of the West and Westernizers. It has forfeited its ability to offer an ethical approach to education, social justice, the environment, culture and communication. There have been frequent populist attempts to enlist religion for emotional, identity-related or electoral ends.

It is all well and good to celebrate Turkey’s economic success, not to mention its leaders’ demonstrated competence and pragmatism (while not forgetting to criticize the absence of some basic freedoms, and the tendency to monopolize power). It is fine to hail the development of Islamist thinking in Egypt and Tunisia, or the emergence of a civil state with Islamic references rather than a theocratic “Islamic state.”

But their words remain predominantly slogans, reactions to attacks upon the assumption of power, and not the basis of a clear, original, truly imaginative political project. The programs of the legalist and conservative Islamists have little to show for themselves except by way of proving that they too are capable of doing quite as well — or, as badly — as their opponents with regard to their widespread inability to bring about substantial change.

*[Note: Read the final part on September 27. This article was originally published on Tariq Ramadan’s website.]