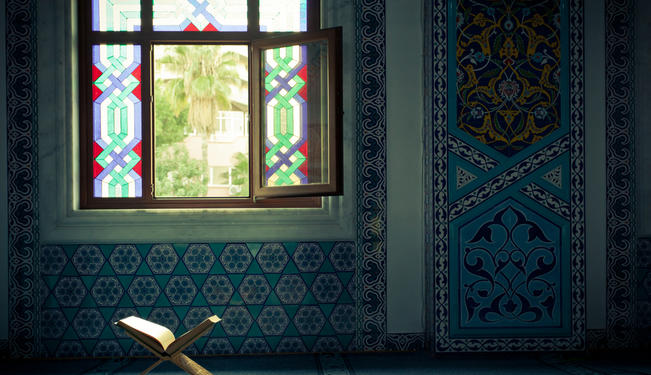 While many secular advocates, right-wing parties and orthodox Islamic groups hold tight to the idea of a static, unresponsive and irrational Islamic law, the traditional framework of Islamic Legal Theory boasts otherwise. Here, the neglected principle of ijtihād is analysed.

The evolutionary vs. immutable nature of Islamic law has been a controversial topic for centuries abound. Can Islamic law develop in response to the ever changing demands of human life? Or have its dictates been determined once and for all, binding it to a complete, static and indisputable set of laws? Is Islamic law an ancient, outdated system that lives in an era far away from our so-called modern times or can it evolve in response to new challenges and circumstances? As Islam becomes an increasingly hot topic of discussion in the media, amongst universities, work places and the general public, such questions are crying out for attention. So, here is my abridged analysis of the notion that lies at the heart of this discussion: ijtihād.

Stemming from the root form jahada, ijtihād can roughly be defined as the human attempt to strive or self-exert in situations that present difficulty or hardship. It is the attempt to exhaust all avenues in search of a solution, or end to any degree of adversity that one may face. By extension, therefore, the term ijtihād, as used in Islamic legal theory, refers to the process of intellectual endurance carried out by jurists in an attempt to extract the law from its principal sources. These are the Qur’ān and Sunnah (authenticated traditions of the Prophet Muhammad), or Sharī’a. This is because, unlike usual law manuals, the Sharī’a does not provide a clear cut code of law; in fact very few laws are explicitly indicated within the sources. This lack of explicit legal reference means that the law must be carefully extracted from its textual sources. In essence it is concealed and needs to be discovered. As they say, the roots of a tree represent the principal sources of Islam, and its branches or fruit represent the laws and rulings that grow from the roots.

Although we have direct access to the roots, in order for the branches and fruit to grow, the tree needs to be harvested and this occurs through the process of ijtihād. The jurist must derive the law from its sources by exhausting his entire intellectual capabilities; using all his faculties to meticulously explore every available avenue in the attempt to discover the law. Here is a vital point that is often forgotten: Islamic legal theory establishes a clear distinction between Islamic law itself and the sources from which it is derived. The former is the product of a juristic endeavour attributed to human intellect and properly known as fiqh (understanding or jurisprudence). It is an interpretation guided by strict principles and methods that yields, at most, a probabilistic result. The latter, however, are divinely revealed sources, unchangeable and fundamental to Islam.

As a tool, ijtihād holds great power. It is the sole process by which humans can access the law of Islam. When unprecedented situations arise ijtihād offers the possibility to find guidance and solutions; all one needs do is return to the sources and discover what is submerged within, interpreting the texts in light of the current circumstances and demands. Through ijtihād, the divine message, as transmitted through the Qur’ān and Sunnah, can continue to apply to Muslims in every age; Islamic law can evolve in accordance with the changing needs and situations of each generation. So, given that it is the process of ijtihād which, in essence, keeps Islamic law alive, how could one possibly claim that Islamic law is stagnant and outdated, inapplicable to modern times?

The Closure of the Gate of Ijtihād

Well, many scholars claim that by the end of the ninth century, the gate of ijtihād had been irrevocably closed. As such, its practice was, and still is, off limits to all proceeding jurists. One of the earliest scholars to mention this apparent closure was H.A.R. Gibb in his 1932 publication of ‘Wither Islam?'. According to him, the understandingof the first three centuries of Islam was seen as the all-inclusive, final reading of Islamic law. Hereafter, therefore, the process of ijtihād became redundant. According to Gibb, ijtihād is off limits. Its gate has been firmly and irrevocably closed, and so with it, the fruits of its labour.

The consequences of accepting such a claim are of course devastating for the future of Islamic law. Without the ability to engage in ijtihād, Islamic law is bound and restricted to the dictates of ninth century jurisprudence. Now, as intellectually admirable and precedential as such understanding may be, it nevertheless remains silent on vast amounts of modern life. To accept the obligatory and irrevocable abandonment of ijtihād would be to admit that Islamic law is unresponsive, stagnant, and ineffective as a way of life. How then can Islam be the universal religion that it claims to be? What was effective hundreds of years ago is certainly not always going to be effective now. Does this mean that Islamic law really is outdated?

Bluntly, the answer is no. Gibb's claims are unjustified and false. One would expect him to provide ample supporting evidence in favour of this apparent closure. Surprisingly however, his bold claims, and many others like it, lack any structured argument or clear theoretical and/or historical supporting evidence; they rarely offer glimpses of justification. Nevertheless, by stringing together Gibb's basic thought process from what appear to be a line of ad hoc assumptions, I gather that he seems to rest firmly on the principle assumption that all legal decisions made by the end of the first three centuries of Islam were seen by the Islamic tradition as final and unalterable.

But this assumption rests upon an excessively reductive and shallow perception of the nature of Islamic law. Islamic law can be divided into two spheres: the fixed and the flexible. Both spheres grow from the roots of Islam (Sharī’a) but differ in nature.

The fixed sphere constitutes the core of Islamic law and can be seen as encompassing those areas of law related to the rights of Allāh over the Muslim community. This includes acts of worship, prescribed penalties and all areas of law that are directly expressed in the Qur’ān and Sunnah, either explicitly or implicitly by way of strict analogy. Examples include daily prayers and the prohibition of interest. Signifying the absolute limits of the law, these rulings are fixed and unalterable; they cannot be revised or renewed at any period, regardless of the circumstances that pertain. This sphereconstitutes the basic laws of Islam and provides the boundaries within which the rest of the law is to be developed.

These fixed laws, however, cover only a small fraction of human life. The remaining laws, as previously mentioned, need to be discovered and extracted from within. This gives rise to the flexible sphere, which by contrast, is made up of the rights of the individual and collective community; or simply put, all areas of law that fall outside the fixed sphere. Lacking explicit reference in the Qur’ān and Sunnah, the laws of the flexible sphere are viable to change and grow and are required to develop within the specified boundaries, in accordance with the varying demands of the Muslim community.

Human life, by its very nature, is prone to change. As the political, social, economic and scientific state of the world consistently develops, our needs and demands also develop alongside these changes. For example, the advent of the global community has meant that interactions once suited for small, local transactions no longer suffice for international dealings. Increased migration and conversion rates have meant that, in many cases, Muslims live as the minority under secular governments. Rules and laws once ideal for Muslim majority lands now need to grow in order to respond to changing conditions. Scientific medical advancements afford new possibilities for conceiving children and it is important to establish their legal status within Islam.

As you can see, the needs of the Muslim community consistently change as time progresses, and as such, new legal questions and challenges consistently arise. This means that Islamic law must evolve and grow to the changing needs of society. This often entails the review of pre-existing flexible laws and/or the introduction of brand new laws in light of changing circumstances; a practice that is well accommodated by the fixed/flexible structure of Islamic legal theory.

It is clear, therefore, that Islamic legal theory does not necessitate a strict and unabridged adherence to all past jurisprudence; all legal decisions made by the end of the first three centuries of Islam were not final and unalterable. On the contrary, only those legal decisions falling inside the fixed sphere were completely exempt from review. All other rulings, which incidentally make up the greater proportion of the law, are subject to change, should the necessary demands arise. For example, laws ranging from traffic restrictions and public holidays to those addressing the determination of maintenance and divorce processes are, and have been, viable to change.

Islamic legal theory does not necessitate stagnation in the law; there is ample room within the flexible sphere to adapt and renew. Therefore, to claim otherwise is to deny the very nature of Islamic legal theory. At most, one can claim that after the derivation of the fixed laws, the scope of ijtihād narrowed, abandoning the fixed sphere. However, one cannot claim that the gate of ijtihād was irrevocably closed.

So Can Islamic Law Evolve?

In short, yes and ijtihād is the means.

Islamic law is ancient and it is modern. It was suitable hundreds of years ago and it is suitable for the current age. Islamic law can grow alongside the changing demands of human circumstance, within the fixed boundaries laid down by the Qur'ān and Sunnah. We just need to utilise what is available in Islamic legal theory and allow the law to flourish as a universally applicable guide to life.