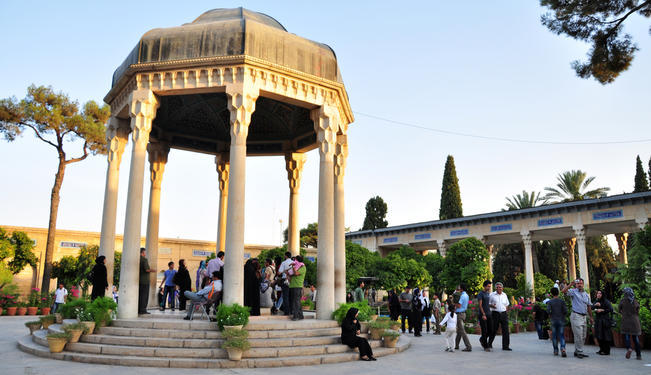 Rouhani's win shows the supreme leader’s hunger for a new domestic and foreign policy agenda. This is the last of a two part series. Read part one here.

First of all, the election result in Iran shows that main power brokers believe in a need for change on the domestic and foreign policy level. There are two reasons that explain why Ayatollah Khamenei, the Iranian supreme leader, did not decide to change the election result, as he did in 2009. These two reasons also explain the new agenda in Iran.

Khamenei, in his speeches before the vote, acknowledged Iran’s economic problems and blamed Western nations for imposing sanctions. Before that, he claimed that sanctions would make Iran more powerful and independent. However, the supreme leader is now of the opinion that Iran’s foreign policy needs a change. After two years of fragmented demonstrations inside Iran (from 2009 to 2011), Khamenei is aware that he needs to reestablish the government’s legitimacy in the eyes of Iranians.

Hassan Rouhani, Iran's president-elect, is the person who can achieve that with support from the reformist camp. In the post-election period, the response from Iranians confirms that those who want political change are hopeful due to Rouhani's win. With the election outcome, Khamenei has presented a softer image of the Iranian regime to the international community.

The supreme leader is certain about Rouhani’s loyalty. If the president-elect steps out of line, he will most certainly face the same destiny as incumbent President Mahmoud Ahmadinejad. On June 17, 2013, it was announced in Iran that Ahmadinejad was to appear before a criminal court on unspecified charges leveled by a conservative rival. The fact that an Iranian president will face a court room is an unprecedented move and serves as a warning to Rouhani.

Search for a Different Image

After the last experience of a reformist president in power for eight years, the public are aware of the limitations of presidents in Iranian politics. Despite this, after Rouhani was elected, different organizations, political figures, and ordinary people proposed their demands regarding economic and political issues. One Iranian blogger who lives outside of Iran wrote on his Facebook page: “People should not take the elected government as an opposition and expect him to topple the system.” Likewise, Mohammad Khatami, the former reformist president of Iran, warned people to have logical demands from the new president and allow him start to enact changes step by step.

It is clear that some change will come to Iran, however, especially since it is apparent that the supreme leader has a new agenda. Jack Straw’s remarks regarding meetings between France, Germany, and the UK with Iran about its nuclear program in 2003, are significant to understand possible changes under the Rouhani adminstration. At the time, Straw was Britain’s foreign secretary, while Rouhani was Iran’s top negotiator. According to Straw, when nuclear talks were going to end without any agreement: "[Rouhani] worked the phones to the president and, crucially, to Supreme Leader Ayatollah Khamenei, to gain greater freedom of manoeuvre."

This is exactly what the president-elect can do: he will ask for greater freedom of maneuver. Rouhani is not like Saeed Jalili, Iran’s current top negotiator, who just does what he is told. The incoming Iranian president cannot influence the nuclear negotiation process because Khamenei must confirm the top negotiator from the Iranian side, but he will be able to start new relations with the international community.

What Rouhani can do is change the tone of Iran's foreign policy and its image around the world. He is not the only effective political figure for doing that as the Revolutionary Guard and other high-ranking clerics have crucial roles in the process as well. As aforementioned, the other important Iranian figures are also ready for this shift, but another crucial element is needed to open the world's doors to Iran.

The response that Rouhani will receive from the West, especially from the United States, is determinative in this case. Iranian politicians cannot forget when the reformist President Khatami proposed a “Dialogue of Civilizations,” as Iran voluntarily halted some parts of its nuclear program. But in response, the Bush administration added Iran to the so-called “Axis of Evil.”

Rouhani has already started to treat the damaged image of Iran amongst the international community. In his first news conference, the president-elect insisted that it was not possible to halt Iran’s nuclear program but notably added: “We are ready to show greater transparency and make clear for the whole world that the steps of the Islamic Republic of Iran are completely within international frameworks." The policy of continuing the nuclear program is exactly what Iran did during the Ahmadinejad administration. But his rhetoric on the topic was completely contradictory to the new political tone that Rouhani uses. President Ahmadinejad’s statements about the nuclear program were always aggressive towards the West.

Another difference between Rouhani and Ahmadinejad is that the president-elect experienced all kinds of extremes, radical drives, and fundamentalist rhetorics after the revolution when he was younger — when he held commanding positions in the Iran-Iraq war, and later when he was a close figure to former President Akbar Hashemi Rafsanjani. After following radical actions like suppressing people after the revolution, chasing and harassing intellectuals, terrorising political activists, and attempting to establish Islamic law in Iran, fundamentalists from Rouhani's generation have realized they can't rule the country by those means anymore.

After the Iran-Iraq War, and during Rafsanjani’s administration, there was a shift in Iranian policy to allow more open relations with the international community, while the domestic political arena was also relaxed. However, this development reached its peak when Khatami was in office. After which, President Ahmadinejad destroyed all the achievements of his two predecessors. Now, Rouhani will go back to the drawing board and return Iran to the pre-Ahmadinejad era — albeit having to adhere to the principles of the Islamic Republic.

With regard to domestic policies, the president-elect will have an agenda somewhere between Ahmadinejad and Khatami. Rouhani will open the cultural space more than was the case during the last eight years, but not exactly to the extent as during Khatami’s two terms in office. While Iran's conservatives hold control of the Majlis, Rouhani does not want his minister of culture to face impeachment, as occurred with Khatami’s minister.

With other issues such as political prisoners or the house arrest of the Green Movement's leaders, Rouhani cannot make the crucial decisions at all. As the president-elect said in his first news conference, the judicial system should decide the fate of political prisoners, and it is known that Khamenei is the only person who makes decisions concerning the Green Movement leaders.

Nevertheless, Rouhani can negotiate about these issues and raise the topic in meetings with high-ranking politicians. Today, all power brokers in Iran are eager to bring tensions with rivals to a détente. Iran's power brokers want domestic political hostility to subside, and to reach an amicable conclusion with the international community.

However, Rouhani’s concrete agenda isn't apparent yet. Only when he is inaugurated in August will it be clear how much freedom the president-elect wants and what Khamenei gives.

*[Note: The author of this article wishes to remain anonymous and has used a pseudonym.]