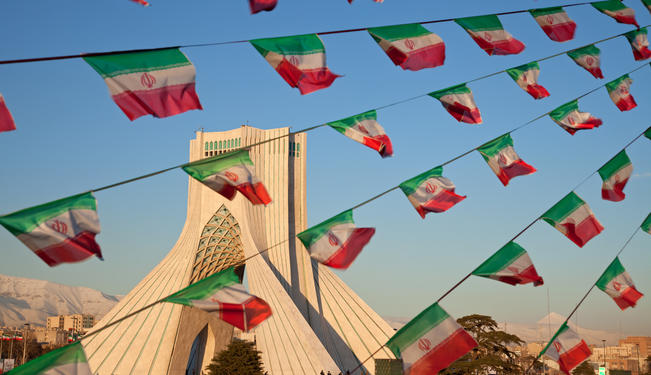 Under Rouhani, rationality has started to play a powerful role in Iran’s domestic and foreign policy. This is the first of a two part series.

The recent presidential polls in Iran resulted in the election of Hassan Rouhani, who began his term after introducing his cabinet for a vote of confidence to the Iranian parliament (Majlis). Fifteen of his ministers won the Majlis’ vote of approval. Caretakers currently run the three remaining ministries

Throughout his election campaign and after being elected, Rouhani highlighted short-term plans that his government would implement within the first 100 days of his presidency. However, a more accurate assessment of his administration’s performance, fortes and weaknesses will only be possible after the first year of his presidency.

Nonetheless, a review of Rouhani’s remarks, the arrangement of his administration’s top managers, and the way he has chosen to deal with critics since his election, all piece together a picture of what the Iranian nation will face in the near future. In the world of politics, a single event or incident is enough to change both a government’s approach and a nation’s fate, while rendering all previous predictions moot.

As a result, what follows is actually based on the assumption that the new administration will be able to maintain the current atmosphere in Iranian society — there will be no special domestic developments, nor major political upheaval in the Middle East and Rouhani’s administration, or the president himself, will not make any sudden changes to their proposed plans. Therefore, the following article is open to discussion.

The Necessity to Understand

In almost all the speeches he has made since his election, Rouhani has put emphasis on the phrase: “The necessity to understand the message and demand of the voters.” This shows that, firstly, the high voter turnout in the polls as well as the election of Rouhani in the first round of the election, is of high value to the Islamic Republic.

The new administration is determined to reiterate its strategy to take advantage of its domestic and foreign leverage. Secondly, the Rouhani administration wants to keep this tool – his victory in the first round of the elections – fresh in people’s minds in order to control its opponents and critics.

Rouhani’s remarks in various speeches, post-election, shed more light on his positions on domestic issues, the Islamic Republic, international sanctions, nuclear and foreign policy. Below are several excerpts from his speeches:

– His Election: "[The result of] this election was not the consequence of a rift between [the Iranian] people and government, because the Iranian people have voted for a person as their president who has been serving for many years in sensitive posts under the Islamic Republic of Iran. This election was indicative that the Iranian people are striving toward dignity, and put renewed emphasis on the reality that democracy has become institutionalized and will be lasting in Iran."

– Equality and Unity: "'All' the Iranian ethnic groups are [like] diverse flowers in the garden of Iran, provided that they come together under the overarching umbrella of [the] Iranian and Islamic culture of the Islamic Republic… The Ministry of Interior shoulders the responsibility to realize the citizenship rights of 'all' the Iranians across the country. We must act in such a way as to foster a feeling of equality and equal opportunities for 'all' the people… We should take advantage of 'all' religious minorities in [the country’s] affairs and plans. Unity and solidarity can be only created through action, not slogans.

– Sanctions: "In the international arena, we will also take new steps to promote the position of the Iranian nation in order to meet [the country’s] national interests and get sanctions removed. Although there are many hardships ahead, future prospects are clear and hope inspiring."

– Nuclear Energy Program: "Iran's peaceful nuclear energy program is a matter of national interest, which transcends the borders among political factions. All the principles governing this issue will be maintained. This means that Iran's nuclear rights will be underlined by the administration in accordance with international regulations, and we will never turn a blind eye to [our] people’s right. At the same time, however, we will be ready for dialogue and interaction. We are ready to enter into serious negotiations with our opposite sides with seriousness and without wasting any time. If the opposite party shows the same degree of readiness [and resolve], I am sure that the two sides’ concerns can be dispelled through dialogue before long.

"…As president of Iran, I announce that the government of the Islamic Republic of Iran has serious political will to solve this problem while safeguarding the rights of the Iranian nation and, simultaneously, addressing and dispelling the concerns of the opposite side. We hope that the opposite side would have this political determination as well, because, if this is the case, the optimal result will be achieved; not in long term, but in short term."

– United States of America: "The White House statements do not conform to its behavior. On the whole, I am not pessimistic about [the] future outlook of negotiations. I don’t think that the West has not heard Iran's message yet. I don’t think that the West still thinks that continuation of [anti-Iran] sanctions or threats will get them anywhere. Constructive interaction and dialogue and dispelling common concerns will be beneficial to both sides. We are seeking a win-win game and this is quite possible."

– Chemical Weapons: "The government of the Islamic Republic of Iran is, itself, a victim of the chemical weapons, and aims to draw the attention of the international community to this point that it should do its utmost in order to ban the use of such weapons anywhere in the world… Insecurity, terrorist acts, and the Zionist regime’s air strikes against Lebanon are both condemned and prove that the enemy has hatched many plots for the Middle East, and the signs of these plots are already visible in [such countries as] Lebanon, Syria, and Egypt."

On the whole, the following points can be derived from Rouhani’s remarks as his main objectives: endeavoring to encourage a sense of self-confidence among Iranians; cultivating a feeling of calm in society; proving the new administration’s approaches are "legal" and "ethical"; making calculated references for the need to respect the rights of all Iranian citizens; emphasizing the necessity of showing logical flexibility with regard to the nuclear energy program; taking advantage of his own experience in domestic and foreign policy for the optimal management of social affairs; understanding people’s suffering as a result of sanctions; raising hope that negotiations will result in the removal of sanctions; and at the same time, emphasizing the need to safeguard Iran's rights and interests in the international arena.

As a result, it appears that rationality has started to play a more powerful role in Iran's political scene as compared to before. This has had a tangible impact on the general atmosphere in Iranian society and has helped placate the concerns of the people.

This newfound state of tranquility has been evident over the last two months, with no major economic or political upheavals within the country. The real change can be seen and heard in the words and attitudes of the Iranian people.

*[Note: Read the final part on September 17. This article was produced in partnership with Iran Review.]