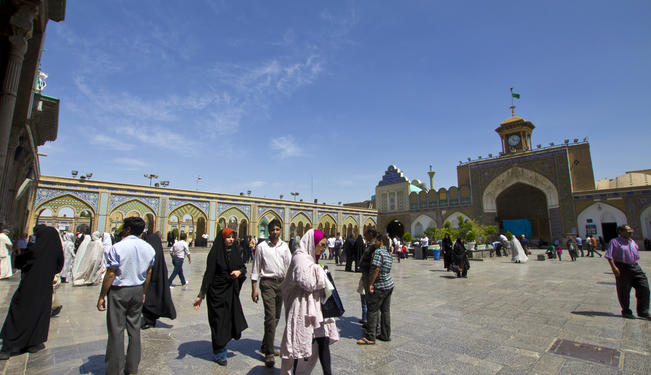 Under Rouhani, rationality has started to play a powerful role in Iran’s domestic and foreign policy. This is the last of a two part series. Read part one here.

Reviewing the composition of Hassan Rouhani’s cabinet gives us some insight into his administration and policies.

From the viewpoint of an internal observer, for whom economic issues and tranquility in the society are of utmost importance, the Iranian government’s economic team consists of seasoned individuals: university professors; former ministers; and well-known activists from the private sector.

Mohammad Nahavandian, the former head of Iran’s biggest and most influential private commercial entity – the Iranian Chamber of Commerce, Industries and Mines – is now President Rouhani's chief of staff.

On the other hand, Rouhani's appointment of individuals to senior posts in the ministries of interior, culture and Islamic guidance, mainly due to their bold cultural activities, is proof of the new administration's prioritization of cultural and social issues.

It seems as though the Iranian government will be facing hard times, with many domestic and foreign obstacles to overcome. However, the country's new administration is bent on emphasizing the rich Iranian-Islamic culture that governs society. This will help sustain and give prominence to the process of intellectual and emotional maturation that has developed among Iranian citizens, especially over the months since the hotly debated presidential election.

From the viewpoint of a foreign observer, who is more concerned about Iran’s foreign and defense policy, one has to consider the appointment of Mohammed Javad Zarif and Ali Akbar Salehi as new foreign minister and head of Atomic Energy Organization of Iran respectively.

This, in addition to the personal attitude, experience and leadership skills of Rouhani – combined with the strong support from a seasoned team, which is committed to national interests of the country – is indicative of a number of issues.

Firstly, Iran's expertise and professional capacity as well as negotiation power will, in comparison to previous years, increase to the highest degree possible.

Secondly, by taking advantage of the aforesaid capacity and by relying on the experience that Iran has gained in the past eight years, it will become much more difficult for the West and Israel to influence the global public opinion regarding Iran's nuclear energy program as being a threat to international peace and security.

It should not be forgotten that neither during his election campaign, nor following his election as president, nor over the last eight years, has Rouhani raised even the slightest criticism of the country’s general policies with regard to the nuclear issue. “Nuclear energy is Iran's inalienable right,” remains his motto.

Nevertheless, he and his colleagues in the new administration have shown that they believe the two major issues facing the country are the nuclear program and anti-Iran sanctions. They have stated that these issues can be managed more professionally and at a lower cost. One example of this was Zarif’s speech before the parliament prior to his nomination.

Additionally, the presence of two experienced and pragmatic ministers at the helm of the Oil Ministry — Bijan Namdar Zanganeh; and the Ministry of Industry, Mine and Trade, Mohammad Reza Neematzadeh — is a sign that Rouhani’s administration is ready to take advantage of all the available possibilities in order to improve the economic situation of the country; display a higher profile in the international arena; and attempt to restore Iran to its deserved position within the international community.

In the meantime, the new defense minister’s first remarks after his appointment to the post should be taken into consideration. Hossein Dehqan said: “Attuned to the administration’s foreign policy, we will try to have interactions in the defense field and for the exchange of experience with neighboring countries, in the first step, and later with other countries… We think that defense diplomacy will be capable of solving a great number of international problems.” His statement shows that the moderate and rational approaches which govern the new government and the Iranian society will extend to the defense sector as well.

Presently, an Iranian administration whose primary values are moderation and hope is standing face to face with the West. Perhaps, the Iranians needed the experience of the past eight years to reach this point.

The Iranian nation, with all its resolve for change and improvement, still considers the development of peaceful nuclear energy its inalienable right and will support the government in case of the slightest military action against Iran by the United States or Israel. It also believes the United States is the main reason sanctions have been imposed upon the Islamic Republic.

Now, both the United States and Europe have been given the opportunity to replace their current approaches to Iran with rational ones — through proper understanding of Iran's domestic developments, free from any incorrect prejudgment.

Such a political maturity and stability will be outstanding when the situation in Iran – which is the result of empathy and cooperation among the Iranian people to determine the future of their country – is compared to the existing instability and relentless tensions that characterize most countries in the Middle East.

*[This article was produced in partnership with Iran Review.]