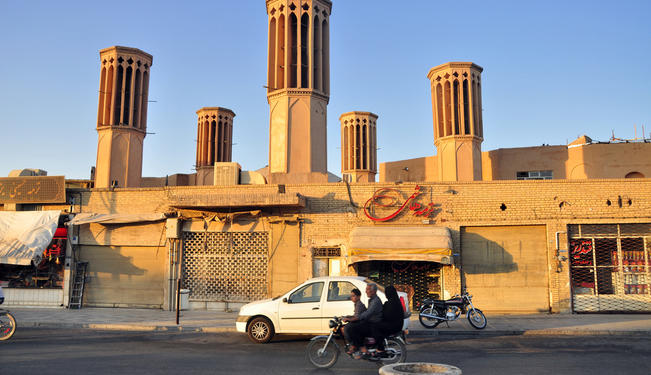 Whether Rouhani is a dealmaker depends partly on the actions of Obama and Congress.

The Ahmadinejad era has officially come to an end. Rest assure, few in Iran are mourning this occasion. But questions still remain as to whether the new president, Hassan Rouhani, can usher in a new era. Here are a few thoughts on the subject.

Rouhani is not the sole decision-maker in Iran, so the question of whether he can deliver or not is warranted. But in many aspects, his ability to challenge the status quo in Iran may be greater than that of President Mohammed Khatami, precisely because he is not a reformist but a centrist. His political center of gravity is at the center. He enjoys good relations with most elements within the Iranian power structure, from the IRGC, to the clergy to the various political factions.

Perhaps most importantly, he appears to have a mutual agreement with Khamenei. As I wrote for Reuters last month:

"While Rouhani used the rhetoric of the reformists in the election campaign, he was very careful to avoid one of their memes: Unlike leaders of the Green Movement in 2009, Rouhani repeatedly declared his loyalty to Khamenei and credit[ed] the supreme leader for all of his own successes. By this, Rouhani signaled that he would not violate Khamenei's most critical red line: Khamenei will yield Rouhani the ability to create or change policy in most areas – as long as the president does not challenge the institution of the supreme leader (Velayat-e faqih)."

Does he Believe Obama Can Deliver?

The less frequently asked question, but equally important one, is whether Rouhani believes President Barack Obama can deliver. The views in Tehran tend to vary from seeing Obama as well intended but completely outflanked by Congress, to a disingenuous politician who has made the confrontational policy of the Bush administration more effective by adding a pretense of diplomacy.

Rouhani likely falls in the former category. Obama is seen as well intended but weak, either incapable or unable to take on Congress and the domestic political forces favoring Israeli Prime Minister Benjamin Netanyahu's line on Iran. The latest vote for sanctions in the House of Representatives is a case in point. The vote took place only three days before Rouhani's inauguration and the bill did not include critical presidential waivers. While the White House did not favor the passage of the bill at that time, it did not spend any political capital to stop, delay or amend the bill.

The time has long passed for the dynamic between Congress and Obama to be seen as a good cop-bad cop tactic. For that to work, the good cop (Obama) must convincingly convey his ability to control the bad cop (Congress). But Obama is not perceived as being able to control Congress. Instead of a good cop-bad cop tactic, the Iranians only see an American strategy in disarray, with the hardliners running amok.

That does not help Obama get a deal because the Iranians are left unconvinced that he can deliver on his end of the bargain.

A Sheep, a Wolf or a Dealmaker?

Rouhani is neither a sheep nor a wolf. He is a pragmatist within the Iranian political context who favors diplomacy and coming to terms with the West on the nuclear issue.

In fact, his past experience where Iranian outreach fell on deaf ears in Washington will likely temper his interest in diplomacy. Rouhani believes he was badly burnt by the failure of the Bush administration to reciprocate Iranian measures, and later he was accused of having been too soft in the nuclear negotiations. Though he always rejected that accusation, he will be cautious not to conduct future nuclear talks in a manner that would give an air of vindication to those accusations.

If Rouhani decides to move in a positive direction, the reaction of the West will be critical to determine how far that change can go. The Iranians missed a major opportunity in 2009 when they assumed that President Obama would be no different from previous US leaders – and then acted according to that assumption. Tehran's non-responsiveness rendered Obama's job to change the relationship more difficult. Washington should be careful not to commit that mistake.

Just as the extent of Obama's outreach to Iran depended on Tehran's willingness to reciprocate, any effort by Rouhani to change the relationship with Washington will depend on America's willingness to tango along. Rouhani is neither a wolf nor a sheep, but whether he is a dealmaker depends partly on the actions of President Obama and the US Congress.