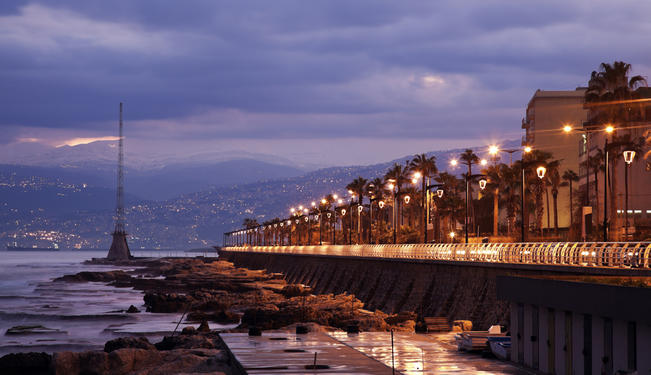 By the end of 2013, Lebanon estimates that there will be a staggering 1.2 million Syrian refugees within its borders, in addition to hundreds of thousands of refugees and asylum-seekers from the Middle East and North Africa, as well as sub-Saharan Africa. Many in Lebanon worry about the impact of the refugee population on the country’s already fragile political stability. Lebanese politicians have insisted that the country is not and never will be a place of permanent asylum for those seeking international protection.

While it is easy to assume that these fears stem from concern about Lebanon’s small size (10,452 square kilometres) and scarce resources, the answer actually lies in the lack of national unity and absence of a clear national identity dating back to the establishment of the country in 1920.

The Foundations of Lebanese Nationalism

Lebanon gained Mustesarrifate (autonomous province) status from the Ottoman Empire in 1861. Among the local population, the Maronite Christians in the Mount Lebanon region felt the strongest sense of a Lebanese identity, and saw an opportunity for a Maronite national homeland.

However, the Maronite community quickly became dissatisfied with the territorial limits of the Mustesarrifate, since it deprived the province of ports and land for the purpose of commerce and agriculture. Leveraging their historically strong ties with France, the Maronite elite began lobbying the French to assist in expanding their territory with the ultimate goal of full statehood and independence.

With the collapse of the Ottoman Empire in 1918 and the establishment of the French Mandate for Syria and Lebanon, the Maronites’ nationalist aspirations gained traction. In 1926, France established the Lebanese Republic.

The newly-formed state quickly encountered serious problems regarding its national identity. Under the Mustesarrifate, the Maronite majority had traditionally been supported in its nationalist aspirations by the Druze and other Christian minority groups. However, the republic now incorporated Sunni and Shiite Muslim communities, which represented a significant portion of the population and held different nationalist aspirations. The Sunni groups, in particular, had strong pan-Arab sympathies and close ties with Syria.

Tensions remained high until 1943, when Maronite, Sunni, and Shiite leaders produced the Lebanese National Pact. The unwritten agreement dictated that Lebanon was to have a coalition government with a Maronite president, a Sunni prime minister and a Shiite speaker of parliament, thus forming the foundation for Lebanon’s infamous system of political power distribution among religious communities, known as the confessional system.

In addition, Sunni Muslims pledged loyalty to the country and agreed to cease their demands for including Lebanon in a larger Arab entity. In exchange, Christians promised to accept Lebanon as an Arab country and to avoid national policies that would run contrary to the general Arab interest. In order to establish Lebanon’s “Arab face,” the ruling elite declared independence, restored Arabic as the official language of the state, joined the League of Arab States, and signed a series of agreements with Syria over common interests.

Despite the National Pact, a consensus on Lebanese identity remained difficult to achieve. Sunni Muslims viewed the pact as favouring the Maronite community because it was based on the outdated results of the 1932 census – the last census ever conducted in Lebanon – which showed the population evenly split between Christians and Muslims. However, demographic figures indicated that the Muslim population would eventually outgrow the Christian one, causing Muslims to be underrepresented in the National Pact.

As a result, the standoff continued. Lebanese Christians still wanted to disassociate themselves from Arabism and its Islamic connections, and insisted that Lebanon needed to return to its Phoenician roots. Lebanese Muslims, on the other hand, rejected this nationalist discourse as a colonialist conspiracy against Arab nationalism and claimed that their Phoenician predecessors originally came from the Arabian Peninsula, meaning they were technically Arabs. The pan-Arab nationalists thus used many of the Phoenician symbols and imagery to legitimize Arab nationalism.

It was not until 1989 that Lebanon’s national identity was openly defined in an official document. The Ta’if Accord, which ended the country’s 15-year civil war, stated that Lebanon “is Arab in belonging and identity… [and] is tied to all Arab countries by true fraternal relations.” This insistence on the Arabness of the Lebanese nation, further stressed the fact that the Lebanese did not inherently share the same national identity.

Over 20 years later, Lebanese politicians are still facing problems uniting their country under one homogeneous national identity. The influx of refugees has only further complicated the situation.

Lebanese politicians have actively excluded the refugee population from the political process and avoided integrating refugees into Lebanese society. The politicians worry that the potential shift in demographics and the possible new political allegiances created by sectarian loyalties, would tip the political balance and send the country spiraling back into another, and perhaps bloodier, civil war.

There is also widespread fear that the sectarian tensions plaguing Iraq and Syria could spill over and amplify the tensions already present in Lebanon. Deepening sectarian divisions over the war in Syria are already being felt in Lebanon’s political sphere, where one of Lebanon’s two main coalitions (the March 8 Alliance) is backing the Syrian government, while the other (March 14 Alliance) supports the rebels. Many believe that these divisions precipitated Lebanese Prime Minister Najib Mikati’s resignation in March, which was ostensibly in response to unrelated political disagreements with his cabinet and the parliament.

The official position of the Lebanese government has been to take a humanitarian angle, which explains why the borders have remained open, allowing thousands of Syrian refugees to enter Lebanon. However, given the polarizing nature of the conflict in Syria and the reports indicating that arms and fighters have been sent to Syria from Lebanon, it has been increasingly difficult to believe that the political parties have remained neutral in their actions.

For instance, after months of speculation that Hezbollah was actively supporting Bashar al-Assad’s regime by sending arms and fighters, the group’s leader, Hassan Nasrallah, publically promised at the end of April not to let the Syrian government fall. Nasrallah confirmed for the first time that members of his organization are helping Assad fight against those opposed to his rule, and hinted towards a possible military involvement of both Iran and Russia in the near future. Saying that Syria has “real friends in the region,” Nasrallah also made reference to the battle over al-Qusayr, saying that the struggle was not over. Fighting in the city of al-Qusayr and its surrounding area, which is just a few kilometers away from the Lebanese borders, has been raging since early 2012. Large numbers of Hezbollah fighters have been sent to assist Assad’s forces in capturing the town currently held by Syrian opposition fighters; the Hezbollah militia is believed to be a key asset for the Syrian military in that area.

The Syrian Civil War has affected the daily lives of the Lebanese people in many parts of the country, especially in the northern city of Tripoli and the Bekaa Valley, where violence has occurred between supporters and opponents of the Syrian government. On multiple occasions, there has also been cross-border shelling, and Syrian warplanes have struck border areas where Sunni fighters cross into Syria. Lebanon’s interior minister has even accused Syrian rebels of setting up training camps in Lebanon, and posing as refugees to cross into Lebanon and arm members of the refugee community to fight in Syria.

As long as Lebanon’s borders remain open, wishing refugees away is not a solution and will do nothing to ameliorate the sectarian tensions in the country. Lebanon should instead focus on national unity and state-building. By doing so, the country will establish a political and legal system that is not dependent on sectarian allegiances, and which is representative of all Lebanese citizens.

The country should also assist in finding solutions to regional conflicts, especially the Syrian Civil War. An end to the conflict would mean that refugees who are currently in Lebanese territory could return to their homes, and fewer refugees would enter Lebanon in the first place.

The Syrian crisis has thrown Lebanon’s stability into turmoil once again. It remains unclear to what extent the Syrian Civil War will affect Lebanon’s long-term stability and the continuing saga of Lebanese nationalism. What is clear is that the Lebanese elite and the general population have a long road ahead to ensure the survival and stability of their state; however, with the right political will, it is not only possible but also in the best interest of everyone involved.