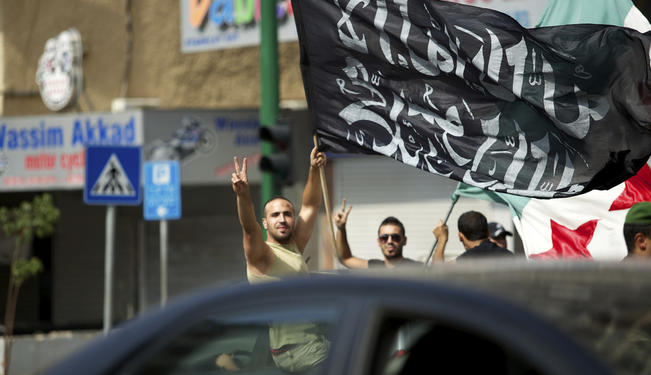 Lebanon’s entrenched sectarian-based civil society and political system present severe challenges to the state of social reform in the country.

Lebanon has not had the same experience of the Arab Uprisings as have other nations in its region. Instead, some Lebanese, particularly those that support the anti-Assad March 14 coalition, argue that Lebanon had its “Beirut Spring” and “Cedar Revolution” with the withdrawal of the occupying Syrian military forces from the country in 2005. The intervening years since then have witnessed the entrenching of pan-sectarian political coalition blocs against one another. This is, ironically, an evolution of Lebanon’s historical narrative of political sectarianism from the time of the Lebanese Civil War of 1975-1990, when inter-sectarian parties disputed and warred against one another.

The discourse of sectarianism in Lebanese politics and society is as strong as it has ever been, however, even amongst Lebanese youth. Much of the potential reformist furor of Lebanon’s youth is being channeled into well-established sectarian political parties with tired, civil war-era leadership. Since the beginning of the Arab Uprisings in December 2010, some pan-sectarian movements, established in Lebanon by Lebanese of diverse sectarian and socio-economic backgrounds, have attempted to confront the Lebanese Nizam (regime). Thus far, only the largest of their rallies have attracted a few thousand people.

Lebanon’s Nizam is not an autocratic state and an alliance of military and business syndicates, as occurred in Egypt, Tunisia, Libya, Syria, and elsewhere in the region. Instead, the Lebanese Nizam is a socio-cultural construction of political sectarianism. This Nizam, which includes most of Lebanon’s political parties — pro or anti-Assad — frequently engages in militant sectarianism, has yet to solve endemic state corruption, and has neglected to effectively rebuild the country’s inadequate and under serving public infrastructure. Further, the Lebanese state is generally unable to provide a reliable social welfare safety net for impoverished and disaffected communities throughout the country.

Lebanon and the Syrian Civil War

Lebanon’s political system is a consociational republic that guarantees the social and cultural rights of each of its seventeen officially recognized religious communities, as well as some type of representation in government for them. This has proven remarkably resilient to systemic shock since the end of the civil war in 1990. Recent shocks to the Lebanese socio-political system began with the 2005 assassination of the former Prime Minister Rafiq Hariri and the subsequent withdrawal of Syrian military forces from Lebanon. Following this, the May 2008 combat was waged between March 14 and March 8 supporters in several areas of the country. Such events have yet to lead to another widespread internal conflict on the scale of a civil war. The civil war in neighboring Syria, the hundreds of thousands of Syrian refugees moving into impoverished areas of Lebanon as a result of the conflict, and the active participation of feuding Lebanese political parties in the Syrian Civil War are all trends that put enormous pressure on Lebanese society and politics.

The ongoing environment of insecurity in Lebanon, caused by the Syrian conflict, deeply affects the Lebanese. Many Lebanese report a great sense of frustration, and a general feeling of powerlessness, to reverse the deterioration in their country’s security. In defiance of this mood, both the March 14 and March 8 coalitions are promoting a “Resistance” narrative to their members. This concept, of resistance, is a politically important term in Lebanon.

Both the March 14 and March 8 blocs have opposing narratives of resistance. These narratives, however, are not newly caused by the events of the Syrian Civil War. They have been have been ongoing since the withdrawal of Syrian forces from Lebanon in 2005. The March 14 coalition insists that its support for the Syrian opposition, un-armed and armed, is helping Syrians resist the oppression of the Bashar al-Assad government. March 14 also views the defeat of al-Assad as an act of resistance to a potential Syrian re-occupation of Lebanon.

The March 8 coalition, for its part, insists that the al-Assad government still has a strong role to play as a pivotal member of the Axis of Resistance to defeat possible Israeli wars against Lebanon. With the rise of militant Salafism in the Syrian armed opposition, March 8 also considers the Syrian military as a vital ally in the struggle to protect Lebanese and Syrians of diverse sectarian identity from armed radical Salafist organizations. As a result of the Syrian conflict, the broad perception within Lebanon of the growing strength of the more militant Salafist currents in Lebanese Sunni politics is a cause of great concern for the other sectarian communities in the country.

These fears could play a strong role in Lebanon’s internal politics in the planned June 2013 Parliamentary elections in the country. Although it is too early to predict how the Lebanese electorate will vote, it is safe to assume that Lebanon’s relationship with the Syrian government, an already well-worn topic much beloved by Lebanese politicians, will be updated to include the Syrian Civil War in the context of the dueling narratives of resistance between the March 14 and March 8 coalitions.

How Lebanon’s Christian community votes, especially whether it votes in greater numbers for or against the March 8 member Free Patriotic Movement, which has a large Christian constituency, will have an important role in determining the future shape of Lebanon’s Parliament. Hard-line Christian political partisans, particularly those belonging to the March 14-allied movements such as the Lebanese Forces and the Kata’ib Party, may not switch votes. But Lebanese Christians only nominally attached to these groups might defect if they feel that they trust the March 8-aligned Shi’a majority parties, Hezbollah and AMAL, more than they do the Sunni majority Future Movement and Lebanon’s emerging Salafist organizations.

Syria’s civil war complicates Lebanon’s internal political and social sectarian rivalries. As the conflict rages in Syria, the rhetoric between Lebanon’s two major political blocs, the anti-Assad March 14 and the pro-Assad March 8 coalitions, is growing sharper over Lebanon’s role in the civil war. Lebanon’s long-boiling political and socio-cultural disputes, which have been debated, politicked, and at times fought viciously over since the withdrawal of the Syrian military in 2005, are being exacerbated by Syria’s turmoil.
The views expressed in this article are the author’s own and do not necessarily reflect Fair Observer’s editorial policy.