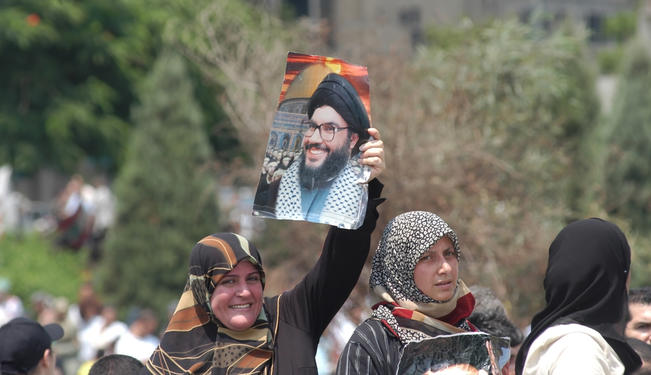 Blowback from hardline Sunnis in Lebanon may become a long-term challenge for Hezbollah.

The assassination of senior Hezbollah commander Hassan al-Laqis in early December, coming on the heels of the recent attack on the Iranian Embassy in Beirut, marked the latest in a series of Salafist-orchestrated attacks against Hezbollah.

Hezbollah’s escalating involvement in Syria’s civil war, crystallized during the pivotal battle for the Syrian border city of Qusayr, has helped to fuel a wave of jihadist militancy in Lebanon from Sunni forces opposed to the Assad regime. As al-Qaeda-affiliated militias like the Abdullah Azzam Brigades launch brazen attacks deep inside Hezbollah strongholds, such Sunni forces are exposing the Shi’ite group’s fatigue, confusion, and vulnerability.

Throughout the first two years of the conflict, Hezbollah’s military role in Syria was minimal. Last May, however, as the fighting increasingly pressed up against Lebanon’s borders, thousands of Hezbollah fighters were ordered to invade western Syria and fight alongside the Syrian Army in the strategic border town of Qusayr. Bashar al-Assad’s forces reclaimed Qusayr on June 5, and Hezbollah received much credit for the victory.

Since then, Hezbollah militants have remained in Syria and have joined the Syrian Army in other crucial battles. In November, Hezbollah Secretary-General Hassan Nasrallah declared: “As long as the reasons [to fight in Syria] remain, our presence there will remain.”

Still, Hezbollah’s resolve to carry on in Syria comes at a price. With Nasrallah’s forces and their Salafist rivals dragging Lebanon ever more deeply into Syria’s civil war, reprisal attacks like the hit on al-Laqis erode any notion, prevalent only several years ago, that Hezbollah’s dominance in Lebanon is beyond question. Despite this challenge, however, grander geopolitical developments appear to be moving in Hezbollah’s favor.

Hezbollah has justified its role in Syria within a narrative of defending all Lebanese citizens from “Takfiri” elements — that is, hardline Sunnis who accuse other Muslims of apostasy — within the Syrian opposition. However, Hezbollah will be challenged to devise an exit strategy from Syria if a prolonged and bloody stalemate ensues.

As the fighting raged in Qusayr, Nasrallah promised that Hezbollah would fight to deliver a “victory” for Assad, but the pragmatic Hezbollah leader must know that victory’s definition can be vague. How many young Lebanese citizens will die fighting in defense of Assad before more voices within Hezbollah start to raise questions?

Since the battle of Qusayr, Sunni forces inside Lebanon have escalated their attacks against Hezbollah. The two groups that claimed responsibility for al-Laqis’ assassination — the Free Sunnis of Baalbek and Ansar al-Sunnah — cited his role in the “massacre” of Qusayr for the killing.

And following the Abdullah Azzam Brigades’ attack on the Iranian Embassy in Beirut on November 19, the al-Qaeda-linked faction warned that more attacks would follow unless Hezbollah fighters retreat from Syria.

For now, however, a Hezbollah withdrawal from Syria does not appear to be on the cards. In November, Nasrallah stated that he would not compromise Hezbollah’s presence in Syria over political concerns in Lebanon, where opposing stakes over the conflict have led to political paralysis between Hezbollah and its allies on the one hand and the Future Movement led by Saad Hariri on the other.

“Anyone who speaks of Hezbollah’s withdrawal from Syria as a condition to form a new government,” Nasrallah said, “is imposing a crippling condition.” He added that Hezbollah would not undermine the Levant’s future “for a few useless cabinet portfolios.”

With neither side backing down, Salafist attacks against Hezbollah and Iranian interests in Lebanon can be expected as jihadists attempt to distract the Shi’ite group from Syria, pressuring Hezbollah to return to Lebanon to defend its position. In turn, this threatens to drag Lebanon into a renewed civil war along sectarian lines, which Hezbollah seeks to avoid.

Since the beginning of the Syrian crisis, Hezbollah’s primary strategic concern has been the break-up of the tripartite “axis of resistance” (Iran, Syria, and Lebanon) that could follow Assad’s ouster, which would leave Hezbollah without a direct land route to its sponsors in Iran. However, recent geopolitical developments underscore the alliance’s resilience and indicate that the so-called “Shi’ite Crescent” is not likely to fall in the near term.

Given the diplomatic breakthrough achieved by Washington and Tehran in Geneva, a US-led military strike on Iran during the remainder of President Barack Obama’s final term can be virtually ruled out. On the battlefield in Syria, meanwhile, Assad’s forces are riding a wave of momentum as the tide shifts in their favor, as evidenced by numerous regime victories achieved in 2013.

Furthermore, Washington’s decision to opt for a diplomatic approach, rather than military action, following Assad’s alleged use of chemical weapons should dim expectations that the North Atlantic Treaty Organization (NATO) will intervene militarily in Syria and tip the balance in the rebels’ favor, as occurred in Libya in 2011.

The probability of the Syrian regime falling is further decreased by Western governments’ refusal to provide advanced weaponry to the rebel forces, a consequence of the al-Qaeda-affiliated militias’ growing influence within the opposition.

Thus, even if the Syrian regime fails to regain control over its northern territories, an arms corridor linking southern Lebanon to Iran could be maintained, staving off Hezbollah’s isolation from its sponsors in Tehran.

While Hezbollah remains committed to the battle in Syria, it is also seeking to exert diplomatic leverage in any potential political settlement. Although the US embassy in Beirut has denied it, the Lebanese newspaper Al-Jumhouria reported on December 13 that Hezbollah and the US government are engaged in a secret dialogue regarding developments inside Lebanon. If accurate, this development underscores Hezbollah’s interest in riding the coattails of any potential US-Iran rapprochement.

On December 3, Nasrallah announced that he had met with a Qatari envoy and told the Doha official that any military solution in Syria is “pointless.” While Hezbollah and Qatar had enjoyed cordial relations prior to the Arab Spring, the Syrian crisis led to a deterioration of ties.

Understanding that Qatar is Saudi Arabia’s top rival within the Gulf Cooperation Council (GCC), and given that Hezbollah holds Riyadh responsible for the growing wave of Salafist attacks against Shi’ites in Lebanon, Nasrallah’s talks with Qatar likely factor into a strategy to weaken Saudi Arabia’s regional clout.

Given that Iraq, Turkey, and nearly all Gulf states except Saudi Arabia have praised the interim agreement that Iran reached with international negotiators in November, Hezbollah must be delighted to watch as developments unfold that leave Saudi Arabia and Israel isolated.

At earlier stages of the Syrian crisis, the prospects for Assad’s ouster alarmed Hezbollah officials, who feared the group’s regional isolation as a consequence. Yet given the resilience of the tripartite “axis of resistance,” events are unlikely to leave Hezbollah high and dry anytime soon.

The graver threat to Hezbollah is the escalating series of attacks on Shi’ite strongholds in Lebanon. Most recently, on December 17, 2013, a car bomb exploded next to a Hezbollah base in the Baalbek region of eastern Lebanon, resulting in several casualties. Later that day, three rockets were fired into the Hermel region, a Hezbollah stronghold in northeastern Lebanon.

Hezbollah, which remains the most powerful Lebanese faction, will be pressured to deliver a harsh response. However, the Shi’ite group will be hard-pressed to assert its authority without playing into the jihadists’ game of dragging Lebanon into a second civil war.