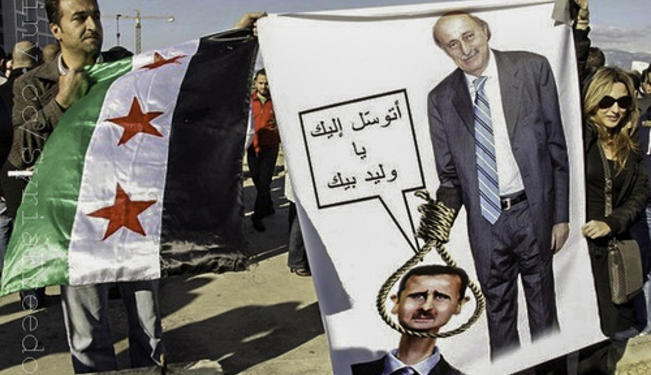 Lebanon is again at the brink of widespread strife. The most recent explosion of violence in Lebanon has afflicted the country’s two largest cities, Beirut and Tripoli. Several people have been killed and many more wounded as weekly demonstrations in the city occur against the Bashar Al-Assad government. Moreover, in the capital Beirut, two people have been killed and more than 20 wounded, with large demonstrations being held against both the Lebanese and Syrian governments.

In Tripoli, the fighting has followed Lebanon’s patented political sectarianism, with anti-Assad Sunni Muslims fighting pro-Assad Alawites in the latest edition of the Jebel Mohsen-Bab Al Tabbeneh sectarian battles. Beirut’s crowded and vibrant Tarek El-Jdeideh neighbourhood is normally a firing line between Sunni and Shi’a Muslims and was the epicenter of combat in May 2008. The fighting here is attributed to disagreement over support of the Syrian government between Sunni Muslim majority political parties, rather than to overt sectarianism. The once celebrated, and now maligned, Lebanese Army has been deployed in both cities to restore the civil peace.

There is war coming, people fear. It will be a “civil war,” according to King Abdullah of Saudi Arabia. Perhaps an overtly sectarian war, naturally, between Sunni and Shi’a Muslims. Lebanon is, after all, the former, present, and future geo-political battleground between the Saudi and Iranian governments. Any potential war may be more inclusive, and simply divide itself between the supporters of Assad and his enemies. Maybe the coming war will be one that ends all wars in Lebanon. It might present another opportunity for this diverse country that internalized the political concept of “no victors, no vanquished” to finally — through another round of blood and combat — determine a victorious group and a vanquished group to decide its fate.

At the least, this is the worst violence in Lebanon since the May 2008 “mini-Civil War” that saw fighting in the capital, a storm of combat in the south-eastern Beirut suburb of the Shoueifet, and in the northern city of Tripoli. All of it was caused, so they say, by the occult hand of the Al-Assad government. This state of events, with Lebanese fighting and dying over the political questions of neighboring Syria, seems to make a lie of the common Lebanese assertion that the country is distinct with a political identity and destiny independent of Syria.

Tiny and tortured Lebanon is now rapidly becoming another, if particular, province of Syria. It seems that the battleground of the Syrian uprising is no longer limited by Syria’s international boundaries, and has extended its sanguinary fury into Lebanon. Syrian refugees in the thousands gather in the northern Lebanese region of the Akkar, and in and around the city of Tripoli. Friday sermons in cities, neighborhoods, and villages throughout Lebanon call for the end of the Al-Assad government, and the defeat of the Hezbollah-led, Syrian-approved Resistance Bloc and its control over the Lebanese Cabinet. Armed Syrian opposition smuggling routes run from Lebanon into Syria. Rumors abound of weapons, material, and money that are being raised by the Lebanese for distribution to the armed opposition inside Syria. Under the gun and pressure from the Syrian military inside Syria, the Syrian armed opposition has found strategic depth in Lebanon, and a spiritual, if not physical, Benghazi in Tripoli.

Yet again the internal political divisions within Lebanon; the “are you with Assad or are you against Assad” question is making a mockery of the notion that Lebanon would somehow be immune to the political crises of the Arab uprisings. Although the majority of Lebanon’s population does struggle to make ends meet, the causes of the Arab uprisings: frustration towards endemic poverty, inflation, and lack of economic opportunity, combined with political repression and human rights abuses perpetrated by repressive governments against their populations, were not sparks in Lebanon until recently. Perhaps, fittingly, it took large demonstrations and widespread armed conflict in Syria to bring the Lebanese into the Arab uprisings. For better, or for worse, Lebanon is now a front-line in the Syrian uprising.