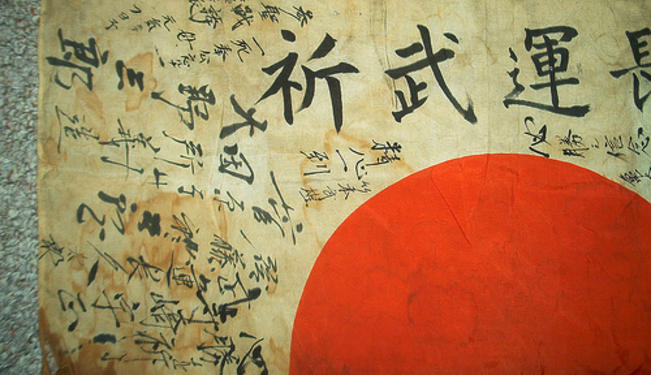 In China, the dispute over the Senkaku Islands illustrates the usually opaque dynamics between government and society. Japan's attitude toward the islands, however, remains the preserve of government policy. Traditionally, theirpolicy has been an effective mix of pragmatism and principle, but for Japan, the 2012 Senkaku crisis is the story of how this approach fell apart. It’s clear that Japan will have to take their handling of the Senkaku Islands in a new direction or, at the very least, modify the old policy. What's less clear, though, is how these changes can be carried through in a time of economic stress and nationalistic resurgence.

Loud Words and an Olive Branch

Theodore Roosevelt suggested speaking softly and carrying a big stick as a way to signal quiet strength, but in East Asian politics the imperative to save face often dictates the opposite. So strong official statements, complemented by conciliatory actions, have characterized Japanese policy regarding the Senkaku Islands.

Japan, which annexed the isles in 1895 after the first Sino-Japanese War, and regained the islands from the United States in 1972, dismisses the Chinese claim to historical ownership, stretching back to the Ming Dynasty, out of hand. Setting aside the accuracy of this interpretation, this view closes off many possible reactions from Japan – the Japanese line is not just that the islands are theirs, but that there is no dispute at all, and therefore no room or need for negotiation. China might as well be claiming the central districts of Tokyo. According to this view, China’s interest in the islands can only be interpreted as a cynical attempt to foment dispute or acquire potentially massive reserves of oil and natural gas.

But Japan has held other positions in the past. During the 1970s, Deng Xiaoping and several Japanese prime ministers held talks over the status of the island, and while their conclusion has been to agree to shelve the dispute without any resolutions, Japan’s policy toward the islands still reflects the possibility of negotiation. Left in private hands, they are under the administration of Ishigaki Prefecture in Japan, though neither the prefectural authorities nor its owners have been allowed to reside or build on the islands. As a rule, Japanese authorities have also dealt with Chinese intruders gently, imposing short detentions and rarely pressing charges.  As a signal of conciliation, this policy is as unmistakable as it is incongruous with official Japanese rhetoric. Yet the defense of this compromise ended up directly causing the current crisis.

To be sure, it is difficult to conceive of a better way for Japan to square the circle where the Senkaku Islands are concerned. Japan’s history of relations with China after the Meiji Restoration in 1868 has been a narrative of extremes, ranging from isolationism in the 1870s and 1880s as it attempted to modernize itself, to brutal invasions and wars in later decades that continue to taint relations with its close neighbors. Although territorial integrity is essential to any nation-state, the current status quo with China – 300 billion US dollars in trade, hundreds of Japanese factories and franchises scattered throughout the mainland, and considerable cultural influence from J-pop to tourism – is as good as any that Japan has enjoyed in a long time. Some ambiguity regarding islands seems a good price to pay for this.

Strong words and a soft touch tend to cost little and accomplish a lot, but an inconsistent policy is inherently unstable. When political imperatives change, there is always a risk that Japan will either start speaking as it acts – therefore being soft and conciliatory – or acting as it speaks, which could incite conflict. Given Japan’s record of fractured, easily toppled governments, both outcomes pose great costs.

The ruling Democratic Party (DPJ) government learned this in 2010, when they detained a Chinese fishing vessel that had moved too close to the islands. Officials decided not to release the crew without charge, as normal practice dictated; instead, they detained the skipper and considered bringing charges. After a storm of protests in China and rumors of a possible ban on rare earth metals exports, crucial to Japan’s electronics industry, the government relented and released the fisherman. But the damage was done – the skipper became a hero, while Japan’s political leaders looked both foolishly provocative and quick to fold under pressure.

During 2012, this story repeated, except Japan provoked itself. In April, the nationalist governor of Tokyo, Ishihara Shintaro, announced his intentions to purchase three of the Senkaku Islands from their private owners. This was clearly a push to align the national government’s policy closer to their hardline rhetoric; Ishihara planned to build on the islands, treating the islands as indisputably Japanese as the government claimed they were.

The reaction of the Japanese government was quick – the three islands to be purchased were nationalized in September. By forestalling Ishihara, however, and defending the traditional policy of non-provocation, the administration of then-Prime Minister Yoshihiko Noda acted exactly as Ishihara wanted. By nationalizing the three islands, Japanese government changed policy to fit its tough official line, and that shift, intentional or otherwise, was more than enough to spark off a major incident.

While a discussion of China’s policy  towards the islands frequently mentions public opinion and attitudes, this element rarely crops up in Japan. Tet, having just elected a new government, it seems clear that Japanese society, while still engaged mainly with domestic economic issues, has chosen for itself a leadership that prefers rhetorical hardness and real-world delicacy.

Abe Shinzo, now serving his second term as prime minister, was once a notorious Japanese nationalist. Among other things, he has advocated amending Japan’s constitution and giving the Self-Defense Forces (JSDF) official armed forces status. Even if many Japanese don’t share Abe’s more hardline views, there remains a general perception that peace and pacifism has somehow eroded Japanese society. A common term for this is heiwa-boke, literally "peace-induced idiocy." Heiwa-boke, they claim, has resulted in Japan’s lack of political weight and influence in its own neighborhood, despite its volume of trade and the number of people worldwide who watch anime. Abe’s revivalist stance, while understandable to a Japan that is stagnant and underrepresented on the world stage, also sparks understandable alarm in China, where Japanese "revival" is irrevocably associated with militarism.

But Abe’s political positions also give him a Nixonian quality in dealing with foreign affairs. His first overseas visit as prime minister was to China, which went a long way towards easing the tensions caused by his predecessor, Koizumi Junichiro. If no one but Nixon could have restarted the United States’ relationship with China, perhaps only a bona fide nationalist like Abe could risk extending an olive branch as well.

Hopes aside, tensions remain high, and the Senkaku dispute appears to have colored other, more general matters as well. Japanese defense expenditure has grown rapidly and naval patrols of the islands continue, as do expeditions by Chinese fishing and patrol craft to sail to and around the islands. This tension has, inevitably, closed some of the distance between Japan’s avowed position and actions.

And yet the distance, and the dilemma that underlies it, remains unresolved. If Chinese patrol boats had appeared in the waters of Kyushu, or in Tokyo Bay, without permission, there would be little argument about who is in the right. So it is with the Senkaku Islands; however, even with Japan’s formidable self-defense forces and American military assistance, the prospect of a war with China is too awful to contemplate. To paraphrase Bismarck, eight rocks in the East China Sea are not worth a single Japanese or Chinese naval craft and the damage that would result.

For all its recognition of “peace-induced idiocy,” it seems that Japan, not unlike China, is also quite content to let its policy drift, oblivious to the risk of conflict – perhaps even more so. A prominent Japanese journalist, when asked about the Japanese reaction to China's September 2012 riots, which caused extensive damage to Japanese shops and factories, gave a surprising answer. There was, of course, some anger, but the consensus appears to have been that the rioting was a good thing. It had "showed the world what the Chinese were really like." The Japanese may therefore feel vindicated in that thinking by recent Chinese behavior.

When both sides are only one accident away from a firefight, however there are many more constructive uses of time – attempting, for example, to clarify procedures for future incidents, or to create a framework for mutual cooperation that would take the heat off the Senkaku Islands issue – than simply sitting back to make a point about purported Chinese barbarism.