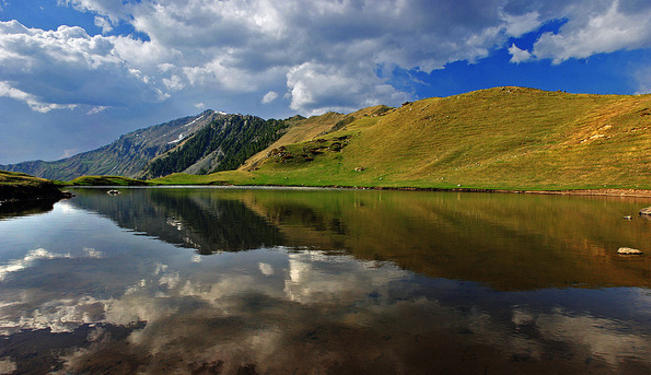 China's way into the Sino-Indian War.

In a recent Global Times article, a researcher from the Chinese Academy of Social Sciences writes, “Mao wanted to wake him (Nehru) up from the superpowers’ influence by giving him a heavy punch, so that he would come to his senses and end the war.” This rather blunt quote really sums up the war from the Chinese perspective: 1962 was primarily a pre-emptive punitive strike intended to, in Mao’s words, “guarantee at least 30 years of peace” with India. Liu Shaoqi, China’s then-President, is reported to have told Colombo conference representatives in January 1963 that the Chinese had to show the Indians that China was a great power and, for this reason, had to “punish” India once.

What Was the Structural Cause of the Political Dispute?
Both sides inherited frontiers that in parts were either undefined – such as the western sector or Aksai Chin region where the British had neither produced a treaty line nor extended permanent administrative control to eastern Ladakh, or, were delimited but not demarcated such as the 1914 McMahon Line in the eastern sector. By itself, this was not a situation that was bound to lead to an irreconcilable conflict.
What complicated the context of each side’s approach to their inherited borders was China’s entry into Tibet. But even this major geopolitical development was legally accepted by India in the 1954 agreement. This should have settled matters at least from China’s side, which had attained national unification over all its strategic buffer regions. From India’s perspective, while its cartographic and defacto position remained unacknowledged, there was no reason for further conflict. In fact, the extension of Indian sovereignty over Tawang in 1951 and reaffirmation of close treaty relations with Bhutan, Nepal, and Sikkim suggested a reasonable geopolitical position for India in the sub-Himalayan region.
Yet, the turn of the 1950s, especially after the rebellion in Tibet and the flight of the Dalai Lama, saw a near breakdown in bilateral relations, the main factor being China’s failure to ensure stability and integration of Tibet into the PRC. The flight of the Dalai Lama in March 1959 became a turning point, which some historians argue made it extremely difficult thereafter for both sides to arrive at any short-term accommodation. After 1959, Tibet’s role is central, especially in creating an over-reaction from the Chinese side; the historian John Garver’s commented that, “India became the main object of Chinese projection of responsibility” for problems China encountered in Tibet, aptly captures the context at the turn of the 1950s.
Chinese Foreign Policy in the Lead Up to 1962
For China, after 1959, the dispute with India was diplomatically costly and impacted not only its ongoing split with the Soviet bloc and ability to maintain its prestige among other communist regimes, but also its standing across Asia and the non-aligned Third World countries. By the first half of 1960, the Soviets had withdrawn all their experts from China and suspended all economic contracts.
In such a deteriorating strategic environment, a Standing Committee meeting of the Politburo in January 1960 made a decision to take a more pragmatic line on the dispute with India and other unresolved frontier disputes with neighboring countries. The PLA was ordered to adopt a policy of restraint and avoid armed clashes. The Politburo also decided to avoid a public spat with the Soviet Union and attempts were made to prevent a further slide in Sino-Soviet relations. Importantly, the January 1960 Politburo meeting set out a guideline for Sino-American relations that were to be based on more flexibility. The combined effect of this overall adjustment in Chinese foreign policy was China solving its boundary questions with North Korea, Burma, Mongolia, Nepal and Pakistan (a state allied with the West against China). The April 1960 Zhou Enlai visit to India occurred in such a backdrop of China demonstrating its willingness to defuse tensions with India.
By 1961, the consequences of the Great Leap Forward strategy in terms of economic crises, especially an agrarian crisis of declining production and a decline in industrial activity, were being felt by the Chinese leadership. Between 1959 and 1962, China’s GDP declined by 30%. This prompted further foreign policy adjustments to prevent a further slide in the economy. Attempts were made to overcome the ideological dispute with the Soviets by focusing on common national interests and on restoring elements of the economic relationship.
By late 1961 and early 1962, however, China again perceived threats on its border regions, especially on its Southeastern coast vis-à-vis Taiwan, in South East Asia vis-à-vis increasing American involvement in Vietnam, on the Sino-Soviet border in Central Asia/Xinjiang where 60,000 refugees fled across the border to Soviet Central Asia. The threat from India’s forward probing was probably the least potent of these threats.
In January and February 1962, a struggle emerged within the Communist Party concerning the assessment of the Great Leap Forward. A faction led by Liu Shaoqi and supported Deng Xiaoping criticized Mao’s policies by seeking acknowledgement of the failure of the Great Leap Forward and undertaking fundamental strategic adjustments in both economic and foreign policy. Mao absorbed the criticism and retreated to the second line of leadership, only to make a political counterstrike in August 1962, when he felt that criticism of the Great Leap Forward within the party had gone too far. In an August 6 Central Committee meeting Mao took on the “revisionists”, renewed his class struggle principles, and rejected the pragmatic foreign policy adjustments taken in January 1960. This marks an important inflexion point in the chronology of the Sino-Indian conflict, and it is possible that the domestic ideological and power struggle within China spilled over into the international realm.with the October War as a sort of expression of Mao’s reassertion of his own authority, and a turn toward a more radical direction for China.
(Text of a paper presented at the IIC-Subbu Forum-SPS Round Table on “50 Years after 1962: Recall and Review” on September 6, 2012 at New Delhi. This was first published in South Asia Monitor)
For Part 1, click here.
The views expressed in this article are the author's own and do not necessarily reflect Fair Observer’s editorial policy.