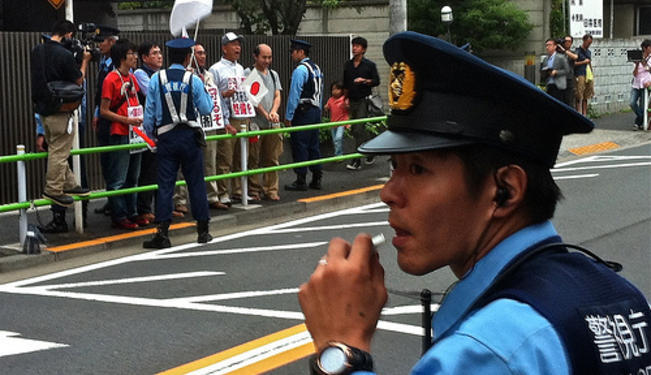 Domestic politics in China, Japan and Taiwan are intensifying the territorial dispute over the Senkaku/Diaoyu islands and bolstering China’s relations with Taiwan.

For the past six decades, conventional wisdom has correctly deemed the China-Taiwan dispute the most dangerous potential military crisis involving China, Taiwan, Japan, and the United States. A Chinese military attack on Taiwan would bring the United States to the defence of its security partner, Taiwan. Japan, as a US ally and neighbour of Taiwan, would contribute as well.

The Senkaku/Diaoyu islands bring Japan and China, East Asia’s two largest economies and navies, into direct sovereign dispute. The Senkaku islands are covered by the US-Japan security alliance due to Japan’s administration of these islands. There is no US-Taiwan alliance treaty. This presently active dispute brings Japan and Taiwan into direct dispute as Taiwan makes the same claim to these islands as China.

For the first decade of this century, domestic politics in Taiwan, Japan and China contributed to cross-strait relations being the most likely trigger of a major power conflict in East Asia.

In 2000, Taiwan’s independence-leaning Democratic Progressive Party (DPP) took power from the Kuomintang (KMT) for the first time when Chen Shui-bian won the presidential election. President Chen infuriated Beijing by promoting Taiwan’s separate sovereign identity, including after winning re-election with a greater share of the vote in 2004. Taiwan’s constitution, written by the KMT, claims that the Republic of China (Taiwan) is the “real China”.

In 2001, Junichiro Koizumi became Prime Minister of Japan, a position he held until 2006 when Shinzo Abe replaced him. Both embraced stronger ties with Taiwan, a hard-line approach towards China, and a more positive interpretation of Japan’s modern history. The 2006 visit by former Taiwan president and independence firebrand Lee Teng-hui to the Yasukuni Shrine to honour his elder brother entombed there symbolised this new era in Japan-China-Taiwan relations.

In 2002, China’s fourth generation leaders ascended to the top of the Chinese Communist Party as the first set of leaders with the military capacity to implement a forceed reunification of Taiwan. They were also the first generation lacking the legitimacy of fighting in the Communist Revolution against the KMT and the Japanese. In 2005, in response to President Chen’s campaign, Beijing passed the Anti-Secession Law requiring the forceful reunification of Taiwan with China if Taiwan declares independence. Post-war Japan-China relations also suffered that year when thousands of Chinese demonstrated against Japanese revisionist history textbooks.

In the second decade of the 21st century, domestic politics in China, Japan and Taiwan is threatening to elevate the Senkaku/Diaoyu dispute above cross-strait tensions as East Asia’s most likely (though still unlikely) trigger for a great power conflict.

In September 2010 the dispute flared up when a Chinese fishing trawler collided with a Japanese coast guard vessel leading to the arrest of the Chinese crew. Beijing reacted by limiting crucial rare earth mineral exports to Japan, demanding the immediate release of the captain and crew, and requesting compensation for damage caused to the trawler (the captain and crew were eventually released). The present flare up started when groups of nationalists from Hong Kong, China, Taiwan and Japan visited the islands and heated up further from September 11 when the Japanese government purchased three of the four islands from their Japanese private owners and nationalised them. This sparked hundreds of protests across China, Hong Kong, Taiwan and in countries with large overseas Chinese communities. Chinese authorities banned Japanese companies from a major trade fair in Sichuan province while Japanese businesses have experienced slower customs clearance and visa processing in China.

Since 2010 Chinese domestic politics has increasingly focused on the transition to the fifth generation of leaders with Xi Jinping expected to take over from Hu Jintao as Party Secretary General later this year. In this same period, China, with its ever-growing military capabilities, has become more assertive in prosecuting its disputed sovereign claims from the Spratly and Paracel Islands in the South China Sea to the Ieo island and the Senkaku/Diaoyu islands in the East China Sea.

With Hu Jintao attempting to guarantee his influence over the party after he steps down and Xi Jinping doing the same for when he steps up, the timing of the present flare up is particularly sensitive. In 2010, Hu Jintao remained largely quiet, leaving it to Premier Wen Jiabao to criticise Japan. This time both Hu and Xi have publicly lambasted Japan’s position. Xi and the other fifth generation leaders will unlikely ever be in a strong enough position to take a more conciliatory approach to the dispute and Japan-China relations as Deng Xiaoping did in 1978 when he reassured Tokyo that China would do nothing to contest Japan’s claim to the islands while he was in power

Japan-China relations appeared to be on the mend in 2009 when the Democratic Party of Japan (DPJ) won power from the conservative Liberal Democratic Party (LDP). The victors called for closer relations with China and more autonomoy from the United States. The 2010 collision between the Chinese trawler and Japanese Coast Guard vessel and the release of the captain and crew though inflamed Japanese public opinion. Prime Minister Naoto Kan was harshly criticised for bowing to Chinese pressure and conservative nationalist voices in Japan gained in influence. Partially in response to the 2010 Senkaku crisis, Japan’s 2011 National Defence Policy Guidelines call for enhanced naval and air capabilities, a rebalancing of forces from the north of Japan to the south and a focus on the defence of Japan’s remote islands.

With Prime Minister Noda and the DPJ expected to lose the next election to the LDP, Tokyo is in no position to compromise over the present dispute. Conservative voices in Japan have taken advantage of the present flare up. Tokyo’s nationalist mayor, Shintaro Ishihara, forced Noda’s administration to purchase the three Senkaku islands to stop the Tokyo Metropolitan government from doing so. Both major parties in Japan now are committed to a stronger US-Japan alliance, a steadfast position on Japan’s sovereignty over the Senkakus and a military doctrine focused on the threat from China.

The 2008 return to power of the KMT in Taiwan means that Taipei is committed to closer relations with China and a return to the “1992 Consensus”, in which China and Taiwan both recognise that there is “one China with differing interpretations.” The DPP does not recognise this “Consensus”. The flare ups in the Senkaku/Diaoyu islands’ dispute have provided Taipei the opportunity to reinforce, in line with the 1992 Consensus, the common territorial claims of China and Taiwan to their domestic Taiwan, mainland Chinese, Japanese and wider international audiences.

In 2010, Taipei backed Beijing’s criticism of Japan’s arrest of the trawler crew. On 25 September this year, Taiwan sent 12 Coast Guard vessels to protect 75 fishing vessels from Taiwan that entered the waters of the disputed islands. These coast guard vessels engaged their Japanese counterparts in a bout of water cannoning before the flotilla from Taiwan departed. The Taiwan flotilla gained wide and positive coverage in China becoming the second most visited news story on China’s Baidu search engine onthat day.

The increasingly tense security relationship between China and Japan is transforming the Senkaku/Diaoyu islands’ dispute from a latent problem into a continuing bilateral crisis with frequent flare-ups and more acrimonious responses. It is also pushing Japan to seek closer security ties with the United States and greater national military capabilities. A very similar story of increased tension and acrimony is developing in the South China Sea. China’s growing military might and wealth and its unresolved territorial disputes are combining to undermine its strategic goals of a “harmonious region” supporting China’s economic development and a declining role for the United States in East Asia.

Cross-strait relations remain the most significant of these disputes. Yet, the Senkaku/Diayou one brings China into direct dispute with its wealthiest and strongest neighbour and the one that is the most important for China’s economy. While cross-strait relation may be eased in the future by a political agreement between Beijing and Taipei, it is very hard to see how Tokyo and Beijing could reach a political agreement over the Senkaku/Diaoyu islands’ dispute. These uninhabited islands and rocks will continue to play a large role in East Asian insecurity and place the leaders of Japan and China at loggerheads.