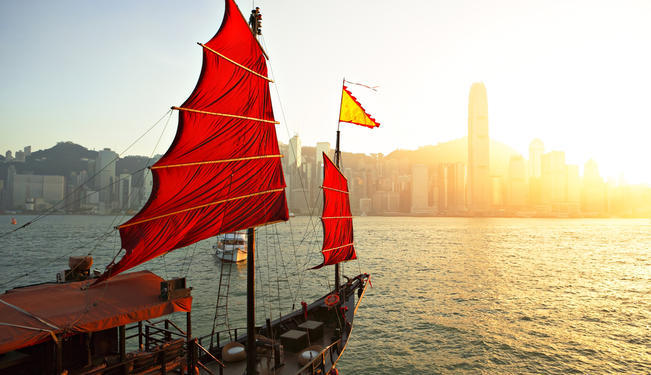 Even as the dispute over the Diaoyu/Senkaku Islands persists, the conflict puts under spotlight the historical roots of the difficult relationship between China and Japan.
The long and turbulent relationship between China and Japan can best be described as a historical saga. It has stretched for more than 2000 years and is filled with more drama than any other two countries existing today.

The saga began with the story of Xu Fu, a magician who told the Qin Emperor he could find the elixir of youth if he was given ships with 4000 boys and girls to sail to a magical island. The Qin Emperor provided the children and ships for the expedition and the group set sail around. 219 BC. The group was never heard from again and legend has it that they reached Japan. The story was widely believed to be true by both sides until recently when Japanese Right Wing Imperialist challenged the validity of this story. If true, then every Japanese can trace his DNA back to Han Chinese ancestry. That would make their claim for being a superior race problematic.

After the collapse of the Qin Dynasty, the Han Dynasty took its place and from there lies the earliest records of the people living in the Japanese islands. It was during the Tang Dynasty (618-907 AD) that Chinese and Japanese relations reached their zenith. Students from Japan travel to the capital city of Chang'an (today's Xi'an) to study art (painting & sculpture), costume-making (silk gowns worn by the imperial court), religion (Buddhism), musical instruments (like the Chinese Pipa), poetry and architecture (Kyoto and Nara has the best preserved Tang architecture in the world). They copied everything and kept a good record of them and bought those ideas back to the Japanese Imperial Court. Their influence can bee seen in the classics of the times like “The Tales Of The Genji”. The Japanese fully adopted what they learned from the Chinese and attempted to improve on the original. Many years later they were to achieve the same effect with the European and American ideas. But at the Tang period, the exchange between the two countries was unusually close. The relationship was so good that it was rumored that the famous Yang Guifei (the favorite concubine of Tang Emperor Xuanzong) wasn't executed but he fled to Japan instead.  If there were tensions between China and Japan, they usually involved the control of Korea. This led to wars and periodic peace, but a theme that continued until the 20th century.

Neither China nor Japan was a maritime power at that time; therefore, the neighbours chose to avoid war and preferring instead to concentrate on their satellite countries like Korea and the outer islands. The only disturbances during the period were by Japanese pirates called Wokou who looted the coast of both China and Korea. It was not until the Ming Dynasty that the government decided to rid the coastal towns of their raids. Both the Chinese & the Japanese Imperial Governments tried to restrain the pirates but with limited success. Also between the prosperous Tang Dynasty and the later Ming Dynasty, both China and Japan fell into a time of internal upheaval and civil war. Japan fell into a period of anarchy in which warlords made the rules and the powers of the legitimate Emperors were set aside for the military powerful shoguns. It was then militarism and the doctrines of Bushido became a virtual part of the Japanese consciousness. In 1633, The Tokugawa Shogunate closed the doors to the outside world and adopted a policy of isolation.

That lasted until 1850, when the American Commodore Perry and his fleet forced Japan out of isolation. The Shogunate fell and the Meiji restoration took place. Japan quickly copied the European model and was able to transform itself into a first class military power. In 1890 Japan took the Ryukyu islands and later gobbled up Manchuria, Taiwan and Korea after the Sino-Japanese War of 1895.

Even though resentment against Japan's military imperialism in China was widespread, there was also admiration for Japan’s modernization to meet the challenge of the foreign powers even as the imperial China remained helpless. Japan subsequently became a favored destination for Chinese students who thirsted for new progressive knowledge. Revolutionaries like Dr. Sun Yet Sen, Qiu Jin  and Chiang Kai-Shek all came from that period. They had hoped that Japan would assist and lead the way for Chinese Modernism.

However, that hope floundered as militarism and colonialism became the main policy of Japan. It was around this time that Japanese radicals began to believe that they were of a superior race and it was their destiny to dominate Asia. Japanese singer and actress Yoshiko Yamaguchi (Known as Li Xianlan in China) recalled being bullied for wearing the traditional Chinese clothes when she returned to Tokyo. She also saw with distaste that after the war her countryman’s blind worshipped of all things American. That fully explained why the Japanese hardliners never bothered to formally apologize to China for its war time atrocities. They felt that it was the Americans who had defeated them and not the Chinese.

That school of thought is still believed today among Japanese hardliners. This process was greatly helped when in 1972 China agreed with Japan in its joint statement “The Government of the People's Republic of China declares that in the interest of the friendship between the Chinese and Japanese people, it renounces its demand for war reparations from Japan.” With that agreement, Japan began to grant loans to China and officially cut formal ties with Taiwan. However, the hardliners felt with this they got off the hook unlike postwar Germany's payments to the Jews. That was also the basis the Japanese Government used when Chinese groups approached them for reparation for the forced exchange of Japanese military bills and question of “comfort women”. They have much less legal grounds to stand on with similar reparation demands from the Philippines and Korea.

Finally the shift of power of the last 30 years saw China grew from a developing nation to a superpower. Japan on the other hand began to decline after an extended recession from which they never fully recovered. It is natural for China to test the waters as the growing major economic and military power in Asia. However, it is very unlikely that China would issue anything similar to a Monroe Doctrine to the outside world. It would require a rethinking based on political and economic reality on the part of Japan, too. If there is to be lasting peace in the Pacific, China may have to take the mantle as the new leader in the Asia region and balance its ambition for expansion with co-operation. As neither side desires war, it would be beneficial for both sides to solve the problem of territorial claims through negotiations. The final script for the story for both countries has yet to be written, but there is enough hope that it would result in a happy ending.