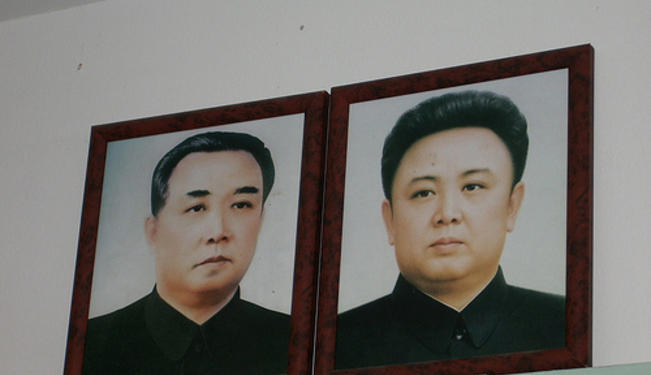 The future of the world’s most repressive regime is anything but certain.

What is the future of North Korea? After the sudden death of Kim Jong Il due to “overwork,” many people are beginning to wonder about North Korean politics and its impact on its neighbors and the United States. Interestingly, the current situation is very similar to the one in 1994 when Kim Jong Il’s father, Kim Il Sung, died. History may not always repeat itself but it does give some clues.

A Bumpy Road to Hereditary Succession

Many predicted the collapse of North Korea just after the death of Kim Il Sung, the founder of North Korea, because Kim Jong Il lacked his father’s charisma and legitimacy as a number one ruler. Although Kim Jong Il governed North Korea for 17 years without losing his grip on political power, he often faced some domestic challenges to his leadership. According to North Korean defectors’ testimonies and other sources, there were attempted military coups in 1992 and in 1995 and purges of approximately 600 high-ranking officers. Experiencing several floods and food shortages, diplomatic isolation, and economic sanctions, Kim Jong Il pursued “Military First Politics,” which tilted the power balance in favor of the military.

How about Kim Jong Un, Kim Jong Il’s third son, who was designated as his father’s successor in 2009? His current situation is worse than his father’s was in 1994 because his father spent almost 20 years as a number two leader. This is why many people expect Kim Jong Un’s father-in-law and step-mother to act as regent to the inexperienced leader, who is only in his late 20’s. Moreover, during his father’s rule, North Korea became poorer and more isolated from outside, making it highly likely that North Korea is more unstable internally after its dictator’s sudden death.

If so, what will be Kim Jong Un’s choice in order to consolidate his political power? He may be likely to stick to his father’s (and grandfather’s) tactic, often called the “diversionary tactic.” Political leaders’ use of military force is often understood as one aimed to divert public attention from domestic affairs. While there are still debates on North Korea’s intention to develop nuclear weapons, one of them is regime security. At the same time Kim Jong Il externally used nuclear program as a bargaining chip for getting more security and aid from outside, he endlessly emphasized nuclear threat from the US and others to his domestic audience and attributed North Korea’s deteriorating economy to outside foes. Although there were some attempted economic reforms, Kim Jong Il did not pursue the China model in earnest and instead stuck to its autarky and provided no bread to his people. He justified his rule as one securing the Socialist Republic from ruthless Imperialists. Similar to Saddam Hussein’s case, a dictator’s first concern is to control domestic politics. When political survival is not expected, political leaders do not make bold reforms that can cure domestic ills but instead prefer aggression toward other states in order to maintain their office.

Kim Jong Un will likely follow his father’s tactic. By taking on the diversionary tactic, he aims to secure military support as soon as possible, which has played as a hawk in North Korea’s foreign policy-making. But it does not mean a second Korean War is going to happen. Considering a power balance on the Korean peninsula, Kim Jong Un and his aides know an initiation of another total war would be suicide. Instead, they are trying to maintain crisis mood through political and military provocation.

It seems that North Korea will be more unstable domestically and more hostile externally. But is there any other scenario? The above expectation is based on the assumption that Kim Jong Un has enough of a power base to control the post-Kim Jong Il North Korea. If not, we will see a serious power conflict among factions and will have to face a decision on whether to intervene in North Korea. The greatest decision, however, will not be whether to use military force or form a multi-national alliance, but what direction to take after the Kim Dynasty’s end. Iraq after Suddam Hussein has shown us that building a nation can be much harder than a military victory.