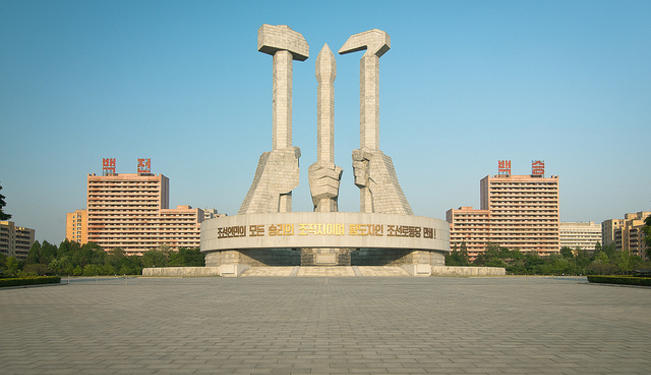 Kim Jong Il’s death adds a new dimension to security challenges on the Korean peninsula and in the region. In this critical period of power transition, it is pertinent not to underestimate the regime’s political resilience amid possible instability.

The death of North Korean supreme Kim Jong Il has, not surprisingly, triggered renewed debate over the regime's potential collapse. While there could well be political disruptions, it may be simplistic to expect the regime to implode following the death of its leader. It is also critical that we make conceptual distinctions between the notions of regime instability and the total breakdown of a state. While one cannot overlook the potential power-struggle that may break out, it may be premature to anticipate the regime to cave in under the weight of possible infighting. Indeed, the regime may prove to be politically resilient. Here are a few variables that explain why.

Kim Jong Il’s illness in 2008 unquestionably served as the “first shock wave” for the regime’s inner circle. As a result the political elites have been psychologically prepared to calculate the regime’s security dynamics. Prior to the appointment of Kim’s third son, Kim Jong Un, as successor during the Party Representatives Convention on 28 September 2010, there might have been conflict between the "royalists" supporting Kim’s family and the orthodox, restorationist group that backs the traditional state-oriented system.

Nonetheless, the regime successfully brought the Kim family’s most trusted members into their power base. The addition of Kim’s sister, Kim Kyung Hui, to the Politburo and the appointment of his brother-in-law, Jang Song Taek, to the position of vice chairman of the National Defence Commission (NDC) were part of this strategic planning.

There has been a significant infusion of the descendents of the “Kimilsungist” group into the reshuffled power structure since Kim Jong Il’s health crisis in 2008. A large number of Kim family loyalists have been promoted or recently appeared in North Korea’s strengthened party institutions—Politburo, Secretariat, and the Central Military Commission (CMC). One notable appointment is that of General Rhee Yongho to the Workers Party’s Politburo and to the position of a vice chairman of the CMC—the other CMC vice chairman being Kim Jong Un himself.

During this phase of power transfer, Rhee will also likely take on the role of guardian, overseeing the succession process and keeping the military under control. Like many Kim "royalists," General Rhee represents the children of the revolutionary cadres, somewhat comparable to the "princelings" in Chinese politics. They are the most powerful political cartel and share the same faith with Kim’s dynasty. In this context, it seems to be the rational choice for them to support Kim Jong Un for their symbiotic survival.

One of the most notable political adjustments made in the period between Chairman Kim’s health crisis in 2008 and his death in December 2011 has been the regime’s strategic institutionalisation of mechanisms to control the armed forces. During his tenure, Kim Jong Il effectively tightened his grip on the military by utilising an intricate web of personal loyalists. Although such personalised mechanism may well be serving the interest of particular leaders and perhaps help them to maintain supremacy, the sudden death of the figurehead could result in political instability.

In the critical period of power transition, a firmer grip over the military might therefore be sought because Kim the successor lacks the charisma and experience of his father, who relied exclusively on his direct control of the armed forces.

The recent addition of a number of active-duty military officers to the restored Korean Workers’ Party apparatus reflects the regime’s efforts to recalibrate party-Army relations for the sake of smoothing the power transition. Accordingly, for the past few years the regime has been strengthening the party structure. Hence the strategic move of appointing Kim Jong Un as vice chairman of the CMC.

The North Korean leadership seems to reckon that the major reason behind the collapse of the Eastern European states at the end of the Cold War had been the lack of military loyalty. The pronouncement by the party media referring to Kim Jong Un as “supreme commander” of the armed forces appears aimed at cementing the successor’s hold on the military. His latest elevation as head of the party Central Committee appears to consolidate his rise as “Supreme Leader” even before the official funeral of his father.

In addition to the major changes in the Party politburo, the structural recalibration of the CMC is a significant event. In North Korea's traditional political structure, the head of the CMC usually has the prerogative of controlling the armed forces. During the political reshuffle, Kim Jong Un’s resort to old school ties from the Kim Il Sung Military Academy has seen some members from his cohort taking the top positions in the strengthened CMC. Beside Vice Chairman Kim Jong Un, it is interesting to note that the top-level members of the CMC—Rhee Yong Ho, Kim Young Chun, and Kim Jong Gak—are graduates of the Kim Il Sung Military Academy who have their respective expertise in military affairs.

In addition many technocrats affiliated with the defence-industrial complex are positioned to strengthen the CMC's political apparatus. Such arrangement says much about the regime’s intentions to reshape the CMC; the main purpose of restructuring the CMC is to build institutional power for Kim Jong Un.

The North Korean political structure requires that the general secretary of the Korean Workers’ Party head the CMC. Under the revised structure, the vice chairman of the CMC, Kim Jong Un, is likely to assume the position of general secretary of the Korean Workers’ Party and therefore also head of the CMC. However, due to the peculiar nature of the regime’s succession process, the successor may further consolidate his grip during the national period of mourning.

Kim Jong Il also assumed his position as the general secretary of the Korean Workers’ Party in 1997 after observing a three-year period of mourning for his father, which in turn put an end to the widespread speculation about regime collapse at the time.

In light of these circumstances, the purpose of streamlining the Party structure may not be merely to design a collective-leadership system for the military, but rather to reinforce the party structure to foster political capital for Kim Jong Un. From this development, it can be inferred that the epicentre of power is shifting from the NDC to the traditional party apparatus, in particular to the CMC as a power base for the new leader.

Likewise, it is likely that the regime will continue to pursue the military-first policy and attempt to increase its defence-related economic activities to gain credit for the new leader. Until the regime firmly transfers power to the successor, the denuclearisation talks are likely to remain on hold.

Lee Dongmin is an Assistant Professor at S. Rajaratnam School of International Studies (RSIS), Nanyang Technological University. An earlier article was presented at a meeting of the American Political Science Association in September 2011.

*[This article was originally published by RSIS on December 28, 2011].